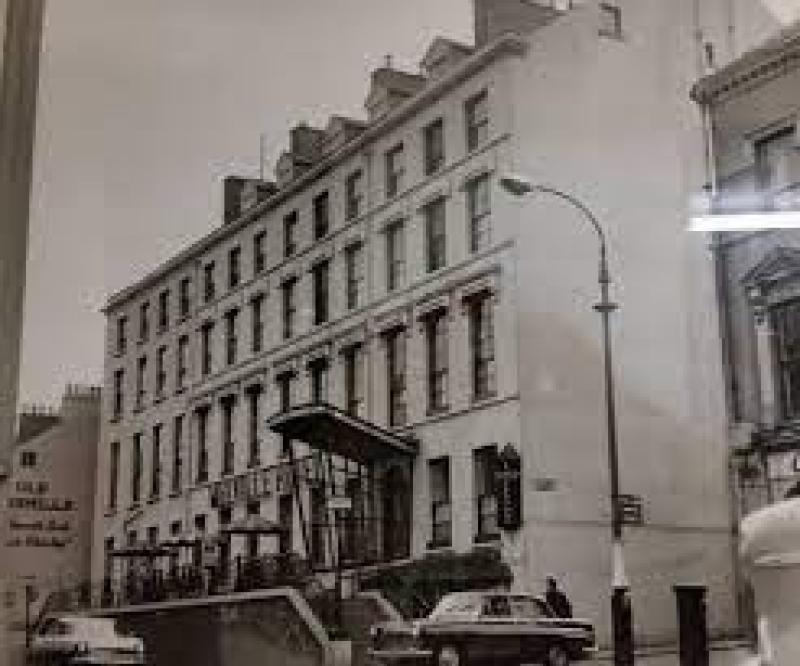 The Melville Hotel before the 1971 fire that saw the death of two firefighters.

A memorial plaque commemorating the lives of two brave firefighters will be unveiled by Mayor Graham Warke at the site of where the Melville Hotel once stood.

Fifty years ago this weekend, the Melville Hotel lit up in a blaze that saw the building left in ruins.

Firefighters, Leonard McCartney and Lexie Wylie bravely went in to not only tackle the inferno but also help guests and staff at the hotel make their escape.

The hotel was situated at the junction of Foyle Street and Orchard Street – the site is now occupied by Frasers store.

Sunday's ceremony, taking place at noon where the hotel once stood, will be attended by family members and representatives from the Northern Ireland Fire Search and Rescue Service (NIFRS).

Mayor of Derry City and Strabane District Council, Alderman Graham Warke said: "This will be a very sad day as we look back at this tragedy which claimed the lives of two local heroes, Leonard McCartney and Lexie Wylie.

"I am honoured to join the families of these two brave firefighters who sadly died in the line of duty, putting their lives on the line to ensure the safety of the public.

“It's fitting that a plaque in their honour at the site will now remind people of the sacrifice they made, and also serve as a tribute to the incredible work our local Fire Service staff carry out every day at great personal risk to protect lives and keep us all safe.”

“The thoughts of NIFRS are with their families and friends. Our thoughts are also with those in our Fire Service family who served alongside Leonard and Lexie and responded to the blaze on that fateful night.

“This tragedy is an important part of our Fire Service history and they will never be forgotten. I am privileged to be representing NIFRS at the ceremony.

“I thank Derry City and Strabane District Council for this fitting tribute to mark the 50th anniversary of the tragedy at the Melville Hotel.”