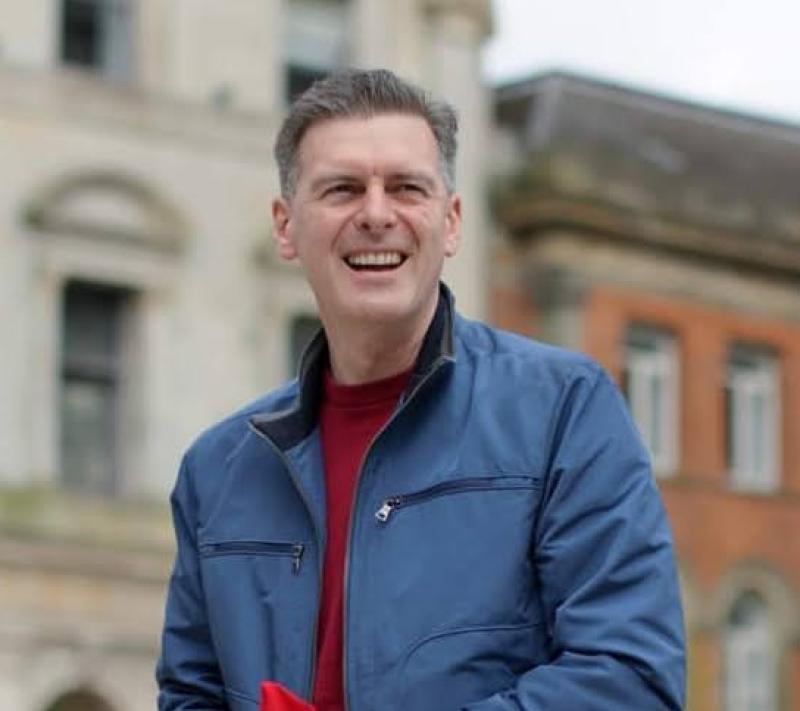 Cllr Shaun Harkin: "We have no confidence Stormont Executive parties will do anything to undo decades of neglect and deprivation in Derry and the North West."

People Before Profit councillor, Shaun Harkin, says the Executive parties should be “embarrassed” over the rise of poverty in Derry.

A motion put forward by Cllr Harkin on poverty was passed in June by Derry City & Strabane District Council.

The motion read: “Recently released statistics from the Department for Communities estimates that 92,000 children, 303,000 individuals, 176,000 working age people and 34,000 pensioners live in absolute poverty across the North. This represents an alarming increase in pre-Covid-19 deprivation.

“The yet to be calculated economic fallout from the Covid-19 pandemic will further impact the number of families and individuals facing deprivation in Derry and Strabane. This is already evident in the massive increase in the number of people in receipt of the not-fit-for purpose Universal Credit.

“Council agrees to invite a representative from the DfC and other anti-poverty groups to present on the scale of deprivation in the district.

“Council agrees to create an Emergency Poverty Working Group to establish how many people living in the Derry and Strabane Council District face increasing deprivation.

“Council agrees on the need to develop a response to increased levels of poverty.

However, while many a word has been spoken by the Executive parties on the issue of poverty in the north-west, Cllr Harkin says that such talk has amounted to nothing and that action is needed instead of platitudes to help Derry residents suffering a financial burden.

He said: “It should embarrass them but instead, Sinn Féin, the SDLP and the DUP are out 'welcoming' work being done by Derry and Strabane Council further exposing the escalating scale of poverty and deprivation across the district.

“A People Before Profit motion passed in June 2020 agreed to focus the Council's attention on poverty and to set up an emergency action response.

“The point of the motion was to establish that poverty and deprivation here required 'emergency action'. However, the Executive parties are certainly not acting on the basis there's an emergency. They're mouthing concern but that's not action.

“We have no confidence Stormont Executive parties will do anything to undo decades of neglect and deprivation in Derry and the North West.

“The biggest parties who've dominated Derry for decades – Sinn Féin, the SDLP and the DUP – have the greatest responsibility for the fact that more than 30 per cent of people here live in poverty. The highest in the North.

“Whether it's the lowest wages in the North, the vicious impact of Tory welfare reforms, privatisation of public services and spiralling energy costs, these parties have turned their backs on the least well-off in our communities.

“Studies document what we already know. The failure of the Stormont Executive to address decades of poverty and neglect in Derry.

“The policies of the Executive have deepened and worsened the problems faced by escalating numbers of people, families and children in our communities.

“We need a real alternative to Stormont's focus on elites and corporations in Stormont that's backed up by people power to bring about fundamental change.

“People Before Profit will be demanding the Council now follows through on emergency action as agreed.”