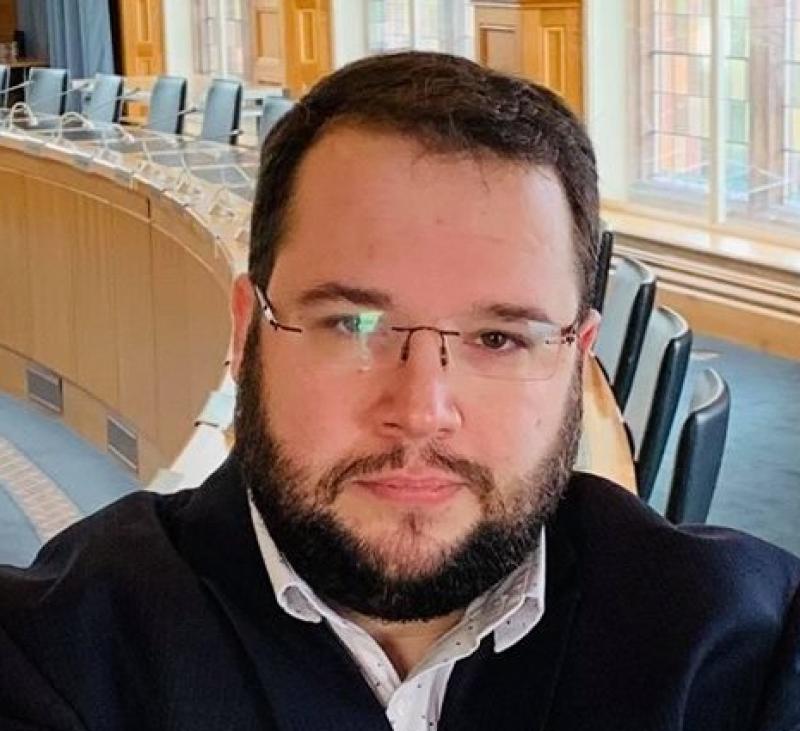 Aontú councillor, Emmet Doyle, has said that Ulster University must demonstrate it’s commitment to Magee College by creating an Expansion Unit within the Vice Chancellor's Office.

Mr Doyle, who represents the Ballyarnett ward, said that people needed to see “a concrete commitment from Ulster University about Magee's expansion”.

His remarks come after the Vice-Chancellor, Paul Bartholomew, conceded that the aim of having 10,000 students at Magee College was not feasible with 6000 being a more realistic target.

Cllr Doyle spoke in October's monthly meeting of Derry City & Strabane District Council in favour of inviting Galway-based National University of Ireland (NUI) to help assist Ulster University in expanding Magee's numbers – a motion that was voted down by Council.

“The expansion of Magee saga has gone on too long and establishment parties are in a flap about what exactly their position is,” said Cllr Doyle.

“In my time as an elected representative the one thing that has been clear is that commitment of partners right across the city to demonstrate long term planning for the city even without finances in place.

“I am very concerned about the recent developments around Magee. Firstly the Vice Chancellor tells us on the record that the most we can hope for in terms of Magee student numbers is 6000.

“Then Sinn Féin, the SDLP, DUP and UUP block a proposal at Council to even speak to the NUI about Magee’s future.

“People need to see a concrete commitment from Ulster University about Magee’s expansion. If, for example, the Department for the Economy allocated Ulster University more student places tomorrow, we would have no guarantees that Magee would benefit.

“Therefore I am calling on senior leadership within the University to create an ‘Expansion Unit’ within the Vice Chancellor’s Office to specifically research, plan and implement into Ulster University’s corporate planning how Magee can grow. They have specific resources in place for Brexit, so this is no different.

“If confidence is to be built around the partnership with Ulster University for the city deal then I believe this is a prudent and demonstrable action that can help us move forward and I will be re-iterating this to the Vice-Chancellor in the coming weeks.”

In response, a spokesperson for Ulster University said: “During the Derry City and Strabane Strategic Growth partnership meeting, Vice-Chancellor Professor Paul Bartholomew extended an open invitation to discuss in depth the university’s commitment and plans with councillors in person – this invitation is open to Cllr Emmet Doyle.”