Film director, Alison Millar, remembers her friend Lyra McKee ahead of the premiere of her film, a tribute to the writer, "Lyra" 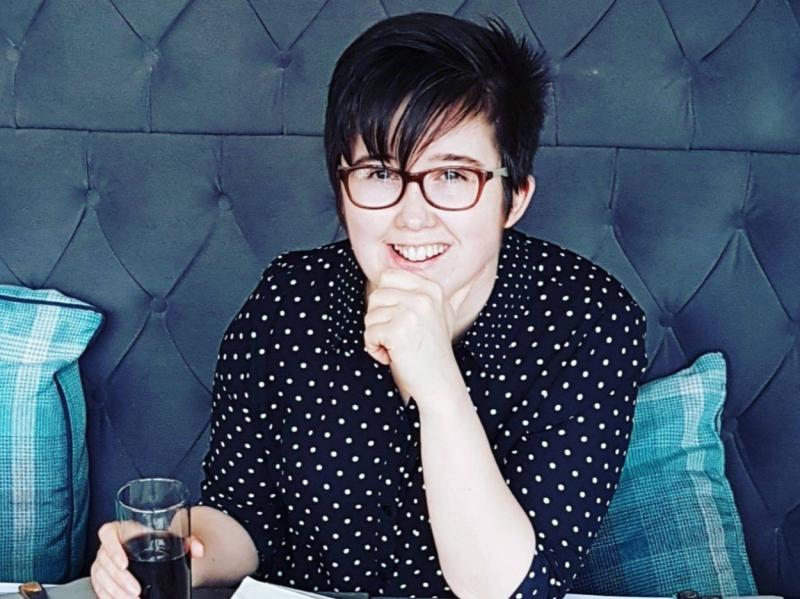 Lyra McKee was murdered in Derry on April 18, 2019. "Lyra", a film celebrating her life will be premiered at both the Belfast and Cork Film Festivals

“She loved Derry,” says film-maker Alison Millar on her friend Lyra McKee. “She was so happy there. She had met loads of new friends.”

Journalist Lyra McKee had spent the last few months of her young life in Derry before she was shot dead on the night of April 18, 2019 while reporting on a riot that had broken out on Fanad Drive in the city's Creggan area.

She had moved to Derry from Belfast to live with her partner Sarah Canning, a nurse at Altnagelvin Hospital, and thrived during her time here.

Millar added: “Derry's a really creative city so she would be meeting up with other writers, journalists and she enjoyed it.

“She really loved it and really took to the city. Belfast was her home but she really settled into Derry. Lyra hadn't been there very long but she loved living in Derry.”

Millar's film on her friend, simply titled “Lyra”, will be premiered on Sunday evening simultaneously at the Belfast and Cork Film Festivals respectively.

This will be the latest in a long line of acclaimed work for Millar who herself has had IFTA, BAFTA and Prix Italia success for her documentaries.

Although not yet planned for general release throughout cinemas in Ireland or even broadcast on television, Millar is hopeful that over the next year or so, many others will get to see the film.

The film itself opens to window to people who only knew Lyra McKee by her written work or even by the news of her killing two years ago.

Rumours aplenty had begun to generate of others planning to make a film about Lyra and Millar knew that being a close friend of McKee's, she had to be the one to do it.

After all, as Millar says, had anything happened to her, Lyra would be writing about Alison.

Millar said: “I knew she loved my films and wrote about them. I knew that she wrote about me in her books. So I came to the conclusion that if anybody else made a film about her, I would be really fed up about it.

“Because I knew her family and her partner Sarah and I knew they wanted me to make a film with their help – and they helped me hugely.

“I had a team of people who all knew her as well. I knew that if anything had happened to us, Lyra would be writing about us so we just knew we had to do it. It wasn't even like 'will we or will we not', we had to it because we wanted people to know more about her and her work.

“The film was more like a way of trying to get people to know Lyra more. She had already at such a young age just achieved so much and her work was so astonishing that it could not be not talked about. We wanted to give her that voice and that's what we wanted to achieve.

“We also wanted to let people know what Lyra was like as a person. She would have given – in fact I've seen her do this – someone her last five pounds. She had even given people her coat if she saw somebody cold.

“She was one of those people who would meet somebody else and talk to them for ages, asking if they were OK, if they needed food or if they were cold, where are they staying are they alright. Lyra was literally that person who wouldn't pass people by.

“One example of her work was a story she covered about a guy who set himself on fire at Belfast's City Hall. That was a story that she what had happened but wondered why he did that so she set out to try and find out what could have led someone to that horrible place where they felt they had to do that.

“She really was that voice for the under-represented and she wanted to make sure that people were treated better and listened to what they had to say. That compassion and real love of people and life was Lyra – and people loved her back. She was very disarming with that great laugh and smile. It was her charm that got her the big interviews.

“When she was 15, she went on a big trip to Canada to attend a conference and (pop star) Alicia Keys was one of the speakers. The only person or journalist to get an interview with Alicia Keys at that conference was Lyra McKee.

“She decided she wanted to speak to Alicia Keys so she made it through the crowds and the barriers and just said to her, 'my name's Lyra McKee and I'd love to interview you'. And Alicia replied, 'Of course – no problem'.”

Miller and McKee had been friends since they first met when Lyra was 17.

What impressed her about McKee was her compassion and ability to relate to people who were cast aside by society and make sure that the voice of the under-represented would be heard loud and clear.

She added: “I first met Lyra when she was 17. I'd known her a long time and I was actually due to have dinner with her the next night at my house whenever I got the message that she had been killed.

“I had watched both her and her career grow and she was literally flying. She was amazing – she had just signed a two-book deal with Faber, done the TED talks the year before and she was at the top of her game. Everything was there, sitting waiting for her. She had achieved so much.

“She was very compassionate. One of those people who cared deeply about people and giving them a voice. She loved to represent the under-represented.

“She came from a wee house in north Belfast, brought up by her mum, her sister and her family. When Lyra was a young girl, she had hearing difficulties that made her speech difficult so she started reading books. Her granny used to buy her Harry Potter books, her sister would buy her 'The Twits' by Roald Dahl and she got submerged in books and writing.

“She was writing from an early age as it was her space – her happy place. She actually wrote a lot of poetry when she was a young girl. She wanted to be a poet for a while.

“Lyra had just won the Sky Young Journalist of the Year award when I met her. She was 17 but when I met her I thought she was 12 as she had this wee baby face that meant she never looked her age.

“It used to really annoy her that we would go out for a drink – even when she was in her twenties – and she was always asked to produce ID at the door.

“I loved her writing – it was really beautiful and descriptive and she looked for voices in her community and to break stories for people she felt hadn't been listened to or heard properly.

“From a young age, if she saw something and she wanted to do it she did. She always said that 'brick walls were not there to keep you out. But depending on how much you want something, you've got to work out how to get over them'.