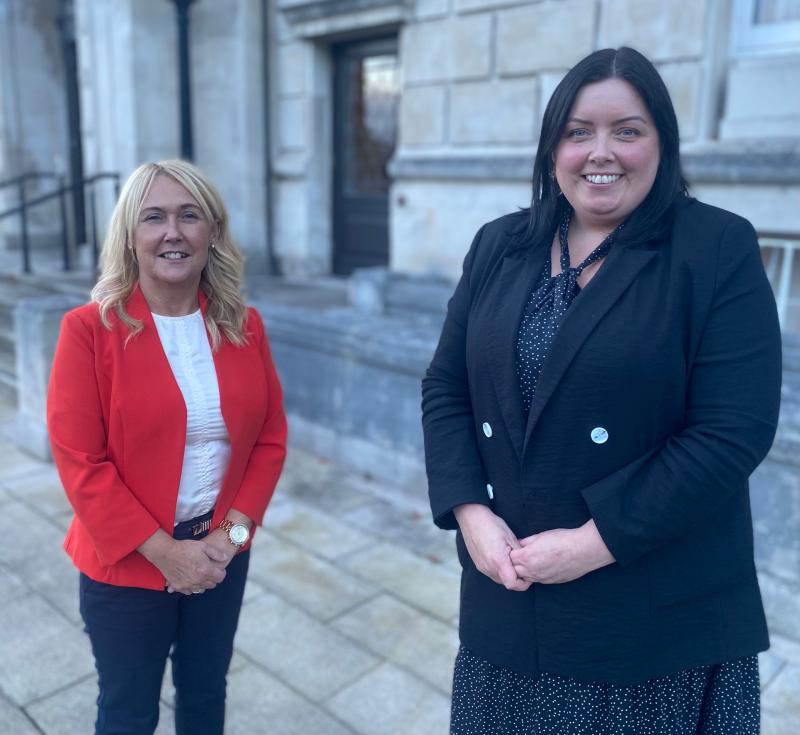 Foyle Sinn Féin MLA Ciara Ferguson has urged all parties to get behind the Communities Minister Deirdre Hargey’s plans to transform housing in the North.

Ms Hargey has approved an extra £15million towards additional support for housing associations. This comes on top of the increased new build budget of £162million.

The Minister that the new build programme, along with the additional funds, was there to address the issue of housing stress both in the present-day and beyond.

Ms Ferguson backed the Minister saying that everyone had the right to a decent home and urged other parties to give their support to ensure that aim can fulfilled.

She said: “Sinn Féin Minister Deirdre Hargey is taking forward the biggest transformation in public housing in 50 years, getting the Housing Executive back to building social and affordable homes.

“Everyone should have the right to a decent home, and I commend the minister for her leadership in taking on the issues of affordability, building more homes and equal access to housing which need to be addressed.

“Finance Minister Conor Murphy also recently announced the largest house building budget in over a decade and work has started on over 2,400 new homes in the last year, surpassing the target by 30 percent.

“She is also taking forward legislative change through her Private Tenancies Bill, to protect renters, while proposals for rent controls and rent freezes are also under consideration.

“Minister Hargey has also increased support for Co-Ownership and is consulting on alternative avenues to home ownership which are genuinely accessible and affordable to workers and families.

“The Minister has demonstrated a remarkable determination to grasp this issue, but such is the scale of the challenge, that this cannot be left to one minister alone – we need people and organisations working together.

“Equality in housing cannot wait. The need for more social and affordable homes, particularly in places like the north west, cannot be ignored and I would hope that all parties could get behind this ambitious plan to deliver real and tangible change for current and future generations.”