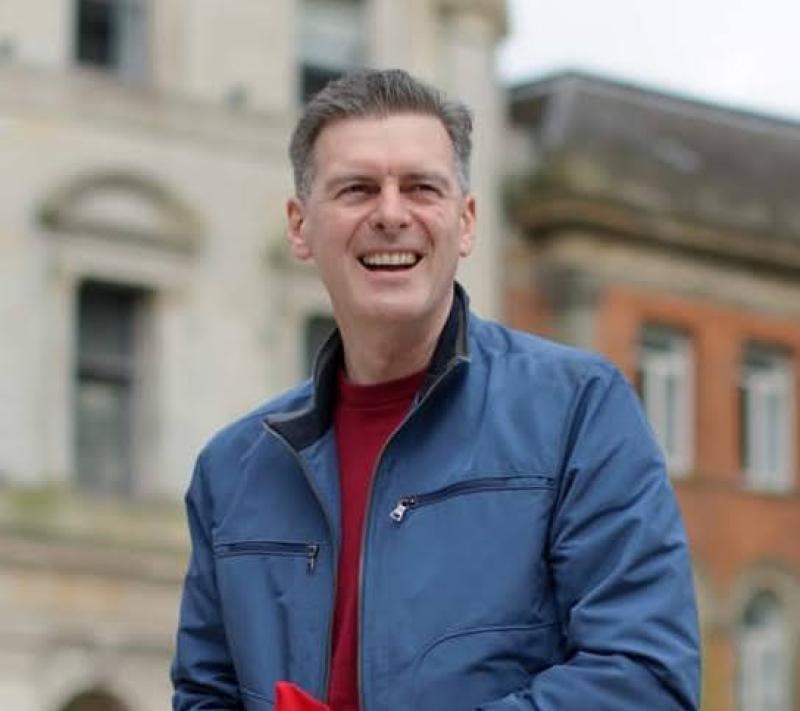 Cllr Shaun Harkin of People Before Profit said: "Stormont has proved incapable of meeting the basic needs of the vast majority of people"

Foyleside Councillor, Shaun Harkin, says talk of unionists vetoing any potential nationalist First Minister is “an insult to everyone who believes in democracy”.

With the next Assembly election only months away, the campaign rhetoric has already started – and turned sour – with unionists openly mooting exploiting a loophole that could deny Sinn Féin or the SDLP the First Minister role should either be the largest party in Stormont.

Cllr Harkin of People Before Profit, while angered by the political manoeuvring is not entirely surprised that there are those seeking to pushing the boundaries saying “democracy has always been a sham” at Stormont.

He said: “The threat by the DUP, UUP and TUV to refuse a First Minister they don't agree with harks back to the worst of the sectarian unionist veto.

“While it's no surprise, it does expose the hypocrisy of parties with pretensions to upholding democracy.

“This isn't just an insult to nationalists, it is an insult to everyone who believes in democracy. There is an ever increasing number of people who identify as neither unionist or nationalist.

“We share the sense of outrage many people feel. The veto on democracy must go.

“The Civil Rights movement arose as a people power challenge to a sectarian Stormont regime for basic democratic rights.

“Every democratic demand for equality was resisted, often violently, by those prepared to determined to defend the status quo.

“Political establishment parties have shifted on some of these demands, certainly not all and not far enough, because of relentless people power campaigning.

“But the kneejerk anti-democratic instincts of all the governing parties isn't far from the surface.

“The shocking undemocratic treatment of the Black Lives Matter protests was greenlighted and subsequently rubber-stamped by all five of the Executive parties.

“Democratic access to the right to choose? None of the five Executive parties are making a fuss about the continued denial of abortion services.

“The whitewashed investigation of the 'ash for cash' RHI scandal is another example of how the new Stormont regime has been prepared to trample on democracy.

“The failure of the Stormont Executive to implement an anti-poverty strategy tramples on human rights and basic democracy.

“The same applies to the refusal of the Executive to undo decades of undemocratic neglect of Derry and the North West that's evident in the failure to expand Magee, upgrade infrastructure or build adequate housing.

“In the old and new Stormont, democracy has always been a sham.

“Stormont has proved incapable of meeting the basic needs of the vast majority of people. Whether it's an insulting pay offer for health heroes, doing nothing as people are pushed over a poverty cliff edge or ensuring women's rights.

“As with the Civil Rights movement of the 1960's, people power will be the key to extending democracy and creating a more equal society.”