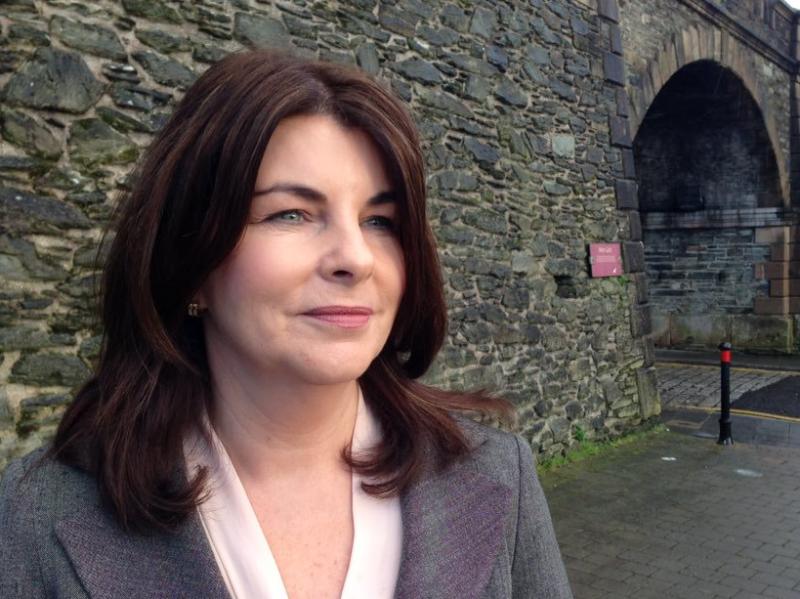 Foyle MLA Sinead McLaughlin: "Housing Executive tenants in Derry have been hit especially badly by the increase in gas prices"

The SDLP Spokesperson for Energy & Economy was speaking after figures showed that more Housing Executive properties have converted their fuel supply from oil to gas.

Figures obtained by Mrs McLaughlin from a written question to Communities Minister, Deirdre Hargey, showed that 1125 Housing Executive properties within the Derry City & Strabane District Council's jurisdiction had converted from oil to gas over the last three years.

That figure topped the list for all the Councils in the north of Ireland with Belfast on 989 and Mid-Ulster the lowest with three.

However, with gas prices nationwide set to increase by a third, Mrs McLaughlin warned that unless investment for better insulation for Housing Executive properties is delivered, the switch from oil could be made redundant.

She said: “Housing Executive tenants in Derry have been hit especially badly by the increase in gas prices.

“My Assembly written question to the communities minister has revealed that more Housing Executive properties have been converted from oil to gas in Derry than anywhere else in the North.

“Gas emits about thirty per cent less carbon emissions than oil, so this is positive. But on current prices, and with an efficient boiler, it is likely to be cheaper to heat a home with oil than with gas. That may, of course, change as prices change.

“But what is clear is that more investment is needed in energy efficiency in the home, especially through better insulation, as a way of reducing energy consumption.

“It is important that the communities minister focuses the Affordable Warmth Scheme on cutting energy use, rather than switching between fossil fuels.

“The big increase in energy costs at the same that Universal Credit is being cut will bring real hardship to many families.”