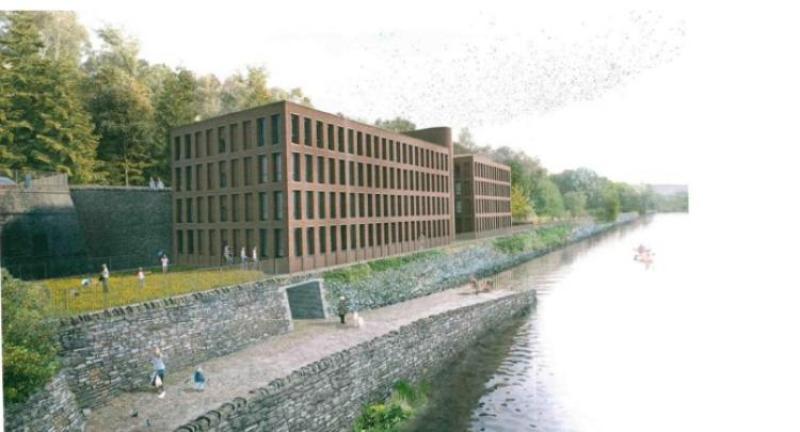 An artist's impression of the planned Clanmil Housing Association development on Victoria Street. Rail lobby group, Into The West, say the site, if built, will halt rail expansion from Derry

Clanmil Housing Association have responded to lobby group Into The West's claim that their Victoria Road development would put the buffers on rail expansion from the city by saying, their plans are “good news for people in Derry”.

At a Council meeting earlier this week, Steven Bradley of Into The West, was asked what would happen to rail expansion if the Clanmil project went ahead.

To that he replied: “It would be game over”.

However, Clanmil has replied by insisting their project on Victoria Road will ensure that those on the housing waiting list would be helped on completion of their development of flats on the site.

A Clanmil Housing Association spokesperson said: “The planned Victoria Road development is really good news for people in Derry who are waiting for a home.

“The demand for housing in the Derry and Strabane area continues to rise, making the delivery of high-quality homes like those planned for the site more important than ever.

“The new homes at Victoria Road will play a key role in easing this pressure, providing people with a place to make their own.

“We met with representatives from Into the West on August 27, 2021 and confirmed that we are happy to be part of any wider conversations about our site and opportunities to meet housing need in the area.

“However, we also confirmed that, as planning consent has now been secured, we are continuing to progress the delivery of these much-needed homes.

“We would be happy to hear from Into the West if they would like to continue these discussions.”