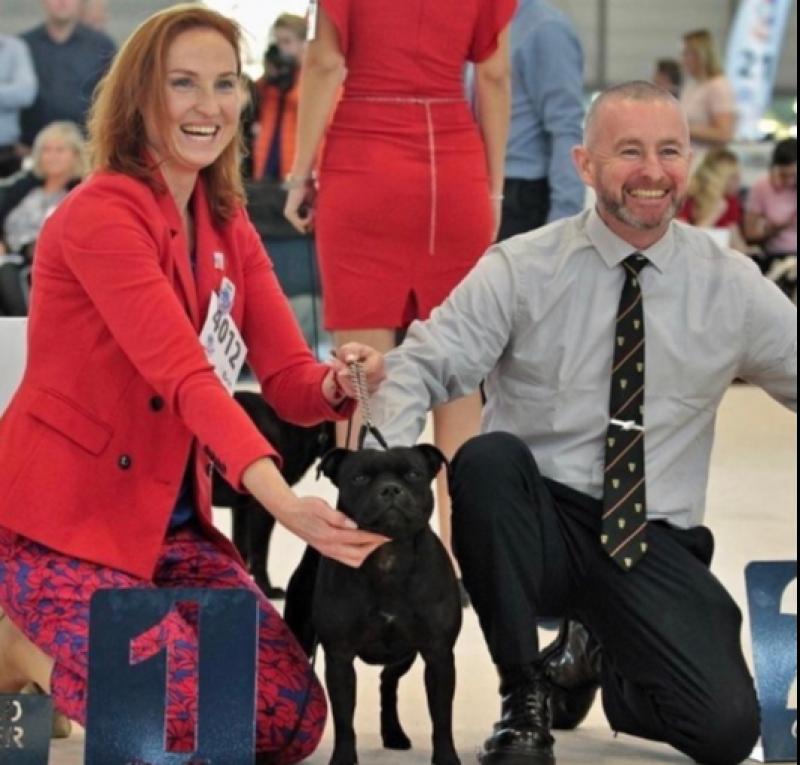 Derry canine judge, Fred Jones flew out to the Czech Republic last week to cast his expert eye in selecting who would be the World's 'top dog'.

Fred, 46, who is also a self-employed joiner, has been part of the dog show scene for close to two decades, both in the capacity of showing dogs at competitions as well as judging them.

The breed he specialises in are Staffordshire Bull Terriers which he passes judgement over using strict Kennel Club criteria.

Last week he was at the World Dog Show in Brno, Czech Republic, where he had to pick a winner from 99 entrants in the female Staffordshire Bull Terrier category.

The one he picked was a Stafford named, Chupacandra Wizard Bull, who is owned by Czech breeder, Helena Mudrova.

Fred enjoys his role as a dog judge but said it's a long process before you can get to cover World shows as he does.

He said: “You become a dog judge through your peers. Basically, you start off showing dogs and eventually, after a few years, somebody will invite you to judge at lower level competitions.

“Once you do that, there's Kennel Club exams, seminars and certain criteria you have to meet. It's a progressive thing as it takes many years to work your way up to becoming a championship show judge.

“From showing to judging my first ever low-level competition took me about four years. That was in 2006.

“In 2013, I judged my first Irish championship. I've travelled a bit now and I've been to thirteen countries to judge. The World Show was a very prestigious one to get.

“All dogs are judged on their breed standard as laid down by the Kennel Club which all those showing the dogs have to adhere to. That's basically covers everything about the dog.

“I judged the female Staffordshire Bulls in the World show in Brno which had a total of ninety-nine entrants.

“You had different classes as well such as Intermediate, Junior class, Open class and winners get a ticket towards an International Beauty title show – of which a dog needs three.”

Fred knows what is required for a dog to win a competition having showed dogs himself at the highest level. 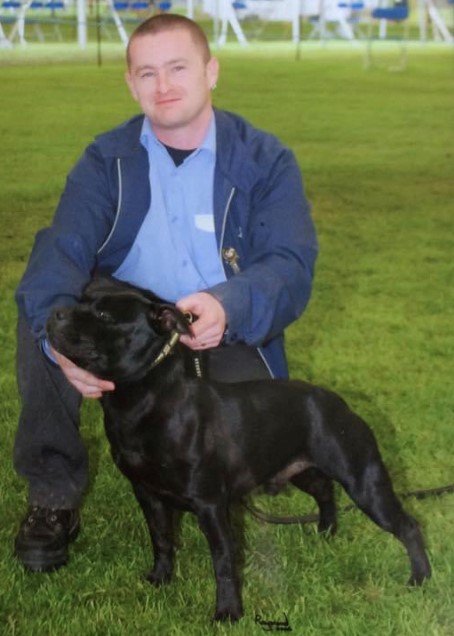 He added: “I have showed dogs myself in both Ireland and the UK extensively. There was a dog, named Lackyle Diabhal Og, that I owned that became UK, Irish and International champion.

“He's sadly no longer with us. He was a very famous dog – he produced more champions than any other Stafford in the history of breeding in Ireland. He was also top Terrier stud dog in the UK in 2012.

“Two years ago, I showed the grandson of that dog, named Caymenstaffs Blackthorn, which somebody in Scotland owns and he became a champion. He won a Reserve CC (Challenge Certificate) at Crufts.

“I have now judged my breed on twenty eight occasions in twelve countries, nineteen of these were breed club appointed shows and I also awarded CACIB (Certificats d’Aptitude au Championnat International de Beauté) in Italy in 2016.” 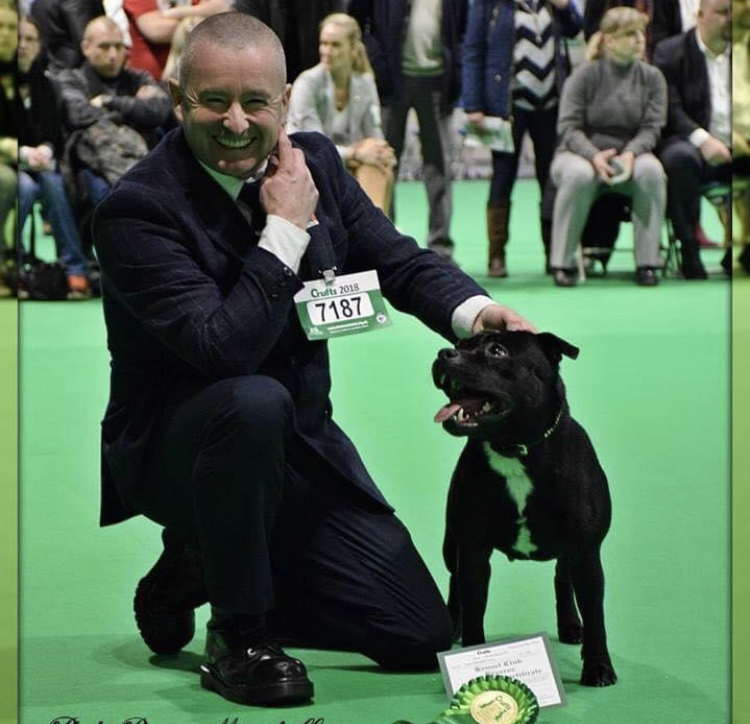 Fred with Lackyle's grandson, Caymenstaffs Blackthorn, who was one of the winners at Cruft's in 2018