In a extract from David Burke's book, "Kitson's Irish War", a former paratrooper who was to testify at the Saville Inquiry was paid an unwelcome visit 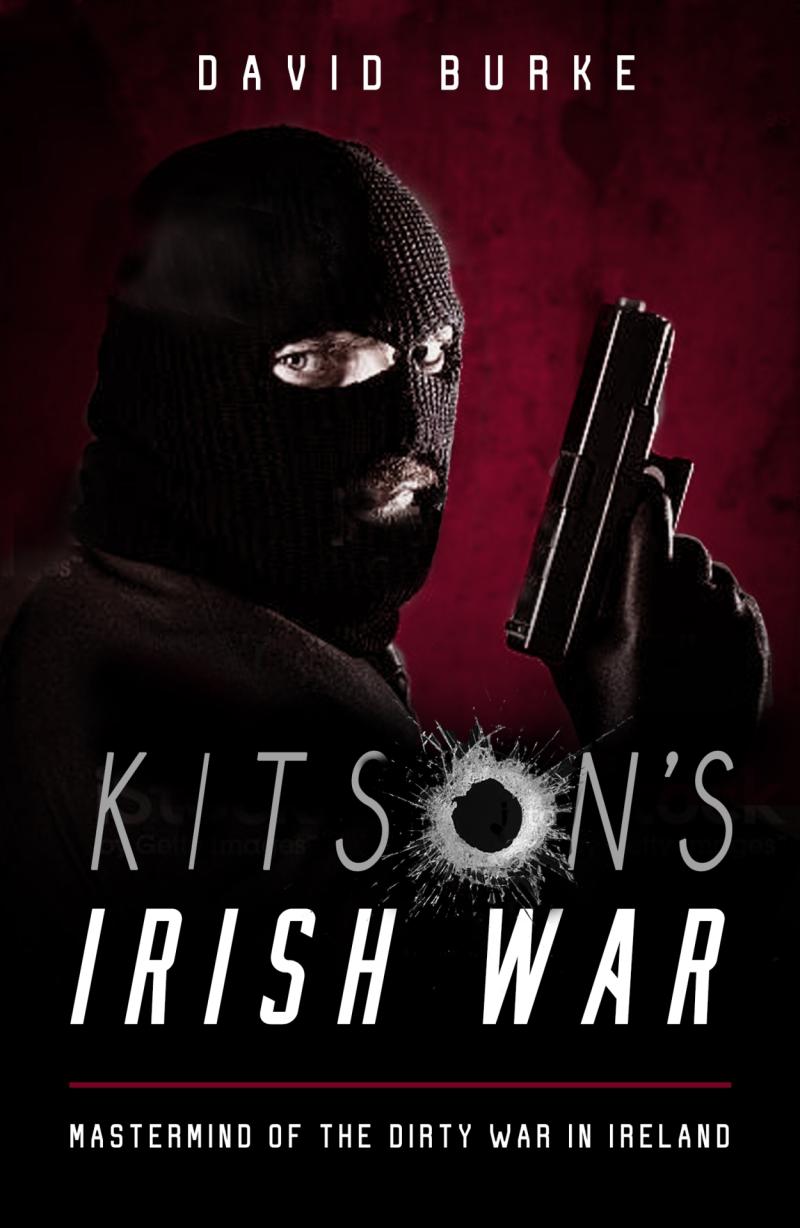 The briefing and orders (Col) Wilford gave to his officers, on Saturday 29 January, trickled down to the troops of Support Company during the rest of the day and night. One of the recipients was Byron Lewis, a radio operator with Support Company. He appeared at the Saville Inquiry under the designation, ‘Soldier 027’. By 1975, he had left the army.

That same year he had put pen to paper resulting in an un- varnished account of what had really happened on Bloody Sunday. It did not surface until 1997 when Tom McGurk in The Sunday Business Post in Dublin published an account of it. It was the first substantial piece of new evidence to have emerged since the Widgery Report and was pivotal in the establishment of the Saville Inquiry.

The ex-para network became aware of Lewis’ account after McGurk’s article appeared. Back in 1975, Lewis had given his manuscript to an American writer called Seán Patrick McShane who was writing a book on Northern Ireland. The document was never used but was passed to others and made its way to McGurk. The journalist tried to trace Lewis but without success. In the Sunday Business Post article, McGurk referred to Lewis as ‘Para A’.

An indication that Lewis was telling the truth can be gauged from the fact that his former colleagues realised he was the source of the information from the details outlined in McGurk’s article. How could this have been otherwise if he was concocting a yarn?

In January 1998, a group of men acting on behalf of Lewis’ former colleagues found out where he was living and beat up a man who was sharing the address with him. The assault took place on the 13 January. Lewis was lucky to escape with only a warning. The Saville Inquiry was told about it the following day and made a note about the incident which read as follows:

“...he has had to move out of his home. Last night 2 men attacked the person he has been sharing a bungalow with while he was outside the house in his car. First they attacked the car, then they dragged him [the other man living at the bungalow] out of the car and beat him up.

“They then threw him through the front door and dragged [redacted but undoubtedly Lewis] outside. They offered him a block of concrete and said, ‘That’s your one chance. Give it your best shot, because afterwards we’re going to kill you'.

“They mentioned Bloody Sunday, blood money, the SAS, that friends of theirs had been killed, and people who dealt with the media. They were very violent and it was not possible to reason with them. [Lewis] did not resist them, was compliant, and they did not in fact harm him.

“His friend is in hospital and is seriously hurt. The assailants knew who [redacted but clearly Lewis] was but did not appear to be very well-informed about Bloody Sunday or his activities He did not know them.”

He was also branded a traitor on an ex-paratrooper website. Lewis went on to testify at the Saville Inquiry. He has rarely been given credit for his courage. McGurk, however, described him as the ‘brave’ man, he undoubtedly was. He was eventually admitted to a witness protection scheme and his present whereabouts are unknown.

His earliest account – a statement for Widgery in 1972 – can be dismissed for what it was: a tissue of lies concocted for him to sign by manipulative Widgery Tribunal officials determined to cover-up the fact the paratroopers had shot at unarmed civilians.

Many elements of Lewis’ 1975 account rang perfectly true: 1 Para was expecting trouble from the IRA. Michael Jackson the adjunct to Col Wilford who rose to the very pinnacle of the British army, confirmed as much when he stated in his memoirs that, ‘of course we anticipated that the IRA might react when we “invaded their turf”.’

What really sets Lewis’ 1975 account of Bloody Sunday apart was his revelation that a lieutenant – designated as 119 at the Widgery tribunal – had told him that 1 Para was expected to ‘get some kills’ in Derry the next day. The passage in Lewis’ 1975 account of the Saturday night briefing is not long and is worth reproducing in full:

“One night in January 1972 I was sitting with the rest of my muckers of the Anti-Tank Platoon in the Barracks when our Lt [119] came in and informed us that we were due for an operation in Londonderry the following day.

“He said that the heart of Derry had been bombed out. Several hundred soldiers had been hospitalised and that not one arrest had been made. We knew that the Creggan Estate was an I.R.A. fortress, conning towers, machine guns and barbed wire as well as land mines guarding its approaches.

“The people of the Creggan had not paid rent and had high-jacked all their food for several years. This was the symbol which led to the name ‘no go area’."

The assertion that the IRA had conning towers and landmines is fanciful and absurd. Nonetheless, this is exactly the type of information that could have been fed to the paratroopers to rile them up and ensure they would expect a ferocious reaction when they went near the Bogside or the Creggan. Lewis proceeded to describe the impact this propaganda had on his colleagues:

“As I looked at my friends I could see that after all the abuse and nights without sleep, frustrations and tension, this is what they had been waiting for. We were all in high spirits and when our Lt. said ‘let’s teach these buggers a lesson – we want some kills tomorrow’ to the mentality of the blokes to whom he was speaking, this was tantamount to an order (i.e., an exoneration of all responsibility).”

The foregoing passage shows that the troops on their way to Derry were unable to distinguish the fundamental fact that the Civil Rights movement was different to the IRA. The protest scheduled for the following day was organised by people like Ivan Cooper MP, not the IRA. It was intended to be a peaceful event and the fact that the organisers of the march had asked the IRA to stay away from it underscores the chasm between them and the paramilitaries.

In his statement to Saville, Lewis also explained that, ‘as squaddies, our perception was that probably all the people in Republican areas were IRA supporters.’

Wilford’s version of the briefing to his commanders on the eve of Bloody Sunday was that:

“Orders were then passed on by the platoon commanders, and then possibly by the section commanders. What I told my company commanders would have been passed down to the private soldiers in this way.”

As far as the accusation levelled at Lieutenant 119 was concerned, Wilford said that ‘I do not believe that this is true. Lieutenant 119 was a solid officer. I cannot imagine him or indeed any other of my officers saying such things’.

In an extract from David Burke's new book, "Kitson's Irish War", the author reveals how after Bloody Sunday, Soldier F and the paratroopers were not finished yet....