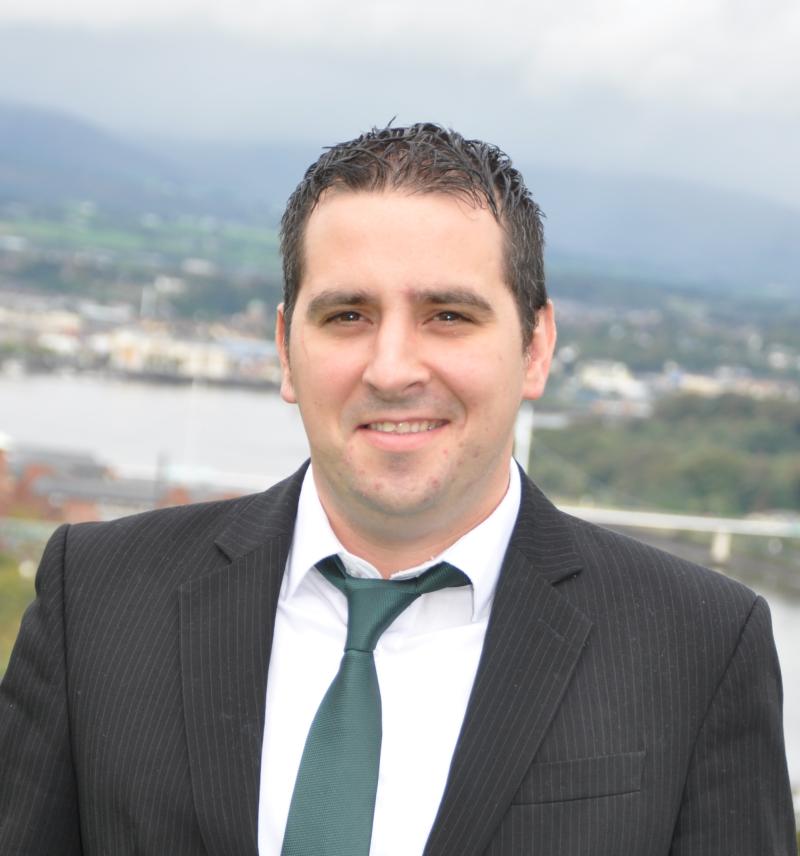 A motion calling for the trial and eventual establishment of a four-day working week was passed by Derry City & Strabane District Council last minute.

The motion, which had been tabled by Deputy Mayor Christopher Jackson of Sinn Féin, called on both the Council and the Department for Economy to establish working groups to research the proposal further.

Iceland successfully trialled a four-day week between 2015 and 2019 with a trial to come in place in the Republic of Ireland next January.

The motion read: “This Council recognises that a lack of work life balance contributes to work related stress, low productivity and burnout amongst workers.

“(It) accepts that there is a growing body of International evidence that shows that moving to a four-day working week, without a reduction in income, enhances productivity and happiness amongst workers.

(The Council) acknowledges that companies such as Unilever and Microsoft have trialled the concept of a four-day working weekend found it had positive impacts both for business and workers;

“(This motion) calls on the Council and Department for Economy to establish working groups and pilot programmes that support employers to trial the concept of a four-day working week amongst their workforce.”

Deputy Mayor Jackson in support of his motion said: “There are many countries right across the world that are exploring the adoption of a four-day working week.

“A similar trial has been carried out in Iceland and it's been described as a resounding success.

“That's not surprising when you look at the vast swathes of research that's been carried out on the benefits of a four-day working week. Productivity is boosted, the health and well-being of employees is drastically improved as is job satisfaction.

“When we look at this, we look at it in the context of that one hundred years ago, a seventy working hour week was the norm and weekends didn't exist.

“I know (reducing the hours and bringing in weekends) that's something trade unions had campaigned and worked for.

“Today, trade unions are advocating on behalf of workers who are having difficulties in achieving a life-work balance.

“There's workers who are claiming that they're over-worked and feel under-valued.

“We can all acknowledge how the pandemic has almost overnight changed the working environment for most of us.

“We believe there's an opportunity in front of us to look at changing our working patterns.

“So as we emerge from the pandemic, we can seize that opportunity and try and support workers.

“The research on this done in terms of Britain alone says that a four-day working week would bring about the same reduction in carbon emissions as removing 1.3million cars off the road (as one day of commuting to work would be gone).”

An amendment from Cllr Shaun Harkin (PBP) was tabled and passed unanimously.

It read: “It has been almost 100 years since Trades Unions secured workers the right to a weekend. Therefore, Council will facilitate employers in the private, public and community sectors to work with trade unions on shaping four-day working week pilot programmes.

"Furthermore, Council agrees to work alongside Trades Unions and other relevant bodies, to bring forward a plan within twelve months to implement a trial under review within our own Council workforce, based on best international examples and practices elsewhere.

“The Council agrees also that progress and implementation reports be presented to the Council on a quarterly basis, to support and inform any policies being progressed within the Department for Economy or other relevant bodies elsewhere.”

Cllr Sean Mooney (SDLP) backed Deputy Mayor Jackson's motion saying: “Since the pandemic, a lot of employees are working longer hours, probably finding it more difficult to switch off their laptops at the end of normal working hours.

“This has led to complications with stress and burnout and probably a lack of productivity for both workers and employers.

“The evidence that I've seen from a study in New Zealand shows that (a four-day working week) it brings a 20 per cent rise in productivity. Carbon emissions are brought down with one day less of commuting and a better life-work balance.

“A more notable aspect too is that national governments have decided to trial this.

“Obviously, the downside is that this can only apply to certain sectors of the economy. I'm thinking of the emergency services but with that said, we would certainly be supporting this motion.”

There was a note of caution that a four-day week might not reach every worker in the country.

Alderman Keith Kerrigan (DUP) said: “I don't wish to pour cold water on this but whatever is decided is grand, however, it will not work in the private sector.

“There's a lot of wee, small businesses with less than 10 employees or a lot of self-employed individuals out there.

“It would be very difficult for them to try and cut out that extra day when there's work there that has to be done.

“This motion is grand for the larger firms and for the civil service but it will be very difficult to bring this in for the private sector.”

Deputy Mayor Jackson's was voted on and passed unanimously.

Of the result he said: “There is a growing body of international evidence showing that moving to a four-day working week, without a reduction in income, enhances productivity and happiness amongst workers.

“It has already been trialled by major international companies who found that it had positive impacts both for business and workers.

“Therefore I’m delighted that the council has passed my motion calling on the local authority and the Department for Economy to establish working groups and pilot programmes that support employers to trial the concept of a four-day working week amongst their workforce.

“The pandemic and the working from home revolution has shown that major changes in the way we work are possible and that will bring massive benefits to workers and their families.”