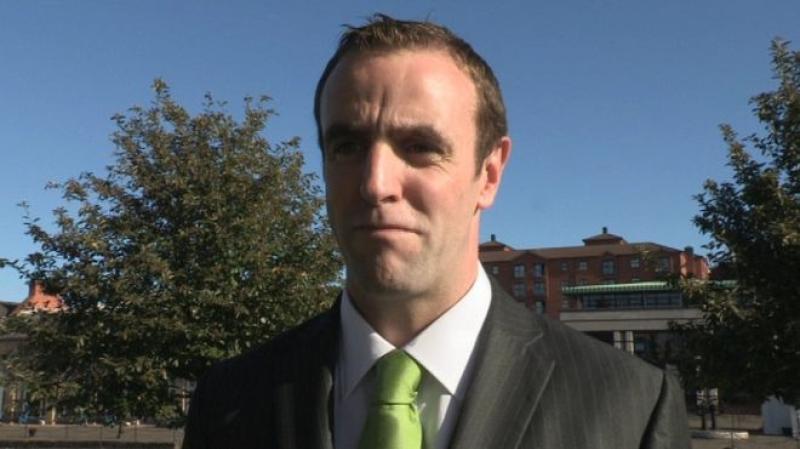 Foyle MLA Mark H Durkan has welcomed the progress of the Autism Bill but warned that the Executive in Stormont must ensure that the money is there to support it should it be passed.

The amendment to the 2011 Autism Act was proposed in a Private Members' Bill from DUP MLA for South Antrim, Pam Cameron.

Should the Bill progress all the way to receiving Royal Assent, the amendment will bring in the creation of an Autism Reviewer post, whose role will include scrutinising the effectiveness of the autism strategy, funding and commissioning of independent research.

Other initiatives that the Bill, if passed, will put into place will be to see the development of new Autism training opportunities for Northern Ireland Departments and other public bodies.

An early intervention service is also within the Bill which would create an accessible autism information service for autistic people, their families, carers and professionals.

While Mr Durkan welcome the Bill passing its second stage in the Assembly he expressed concern that the finances needed to implement it across the north of Ireland had to be put in place the moment the amendment to the Autism Act of 2011 is fully in place.

The SDLP MLA said: “This is a vital piece of work and I hope it will provide a springboard towards the creation of a more equal, supported and fulfilling environment for individuals with autism, their families and their carers.

“I feel to crux of this legislation is the provision of early intervention services which is in dire need of transformation. Currently there are over 4,500 children waiting for an ASD diagnoses across the North.

“That’s thousands of children and their families left without support, struggling in a class of their peers without the assistance they desperately need. It’s clear the current system has failed each and every one of them.

“And while early intervention is key, it needs to be backed up by an autism strategy which explicitly examines a new funding model.

“So, while I agree with the sentiments of this Bill and the ambitious ideas set out on paper, to put those plans from paper into practice – to deliver real change and benefit people’s lives requires the provision of adequate funding from the Executive. The outworkings of the autism strategy cannot be left battling for financial support at every juncture.

“No comprehensive conversation on autism can be had without acknowledging the toll the last 18 months has taken on people with autism and their families. Lockdown and its aftermath has undoubtedly impacted on all our lives but for those living with autism, this period has been wrought with unimaginable challenges.

“A system which establishes the needs of autistic individuals and their families to cope with the repercussions of Covid-19 and beyond is vital.

“As a society we have made leaps in improving support and developing our understanding of the needs of people with autism- yet we are nowhere near the finish line.

“The envisaged future of an enlightened, inclusive society depends on the creation of communities where those with autism their families and carers can feel understood- whether that’s in their education, access to supported housing or finding suitable employment.

“As such, it is important that any autism strategy for the north takes into account of individualised needs. It must retain inbuilt flexibilities as we grow and learn as a society in our understanding of autism.

“If we all show just a little more compassion and awareness of how autism can affect others, we can make great strides in making autistic people feel safe, secure and included in our communities.

“This Bill is a step in the right direction and I look forward to its implementation.”

“This legislation will help improve services for children and adults with autism right across our society.

“We are working to see delivery of a long-term autism strategy which is shaped by families, carers and people with autism to tackle waiting lists and ensure proper support is in place at all stages of life.

“Sinn Féin will meet with the Department of Health to discuss efforts to deliver on that and to discuss the interim autism strategy that they launched earlier this year.”