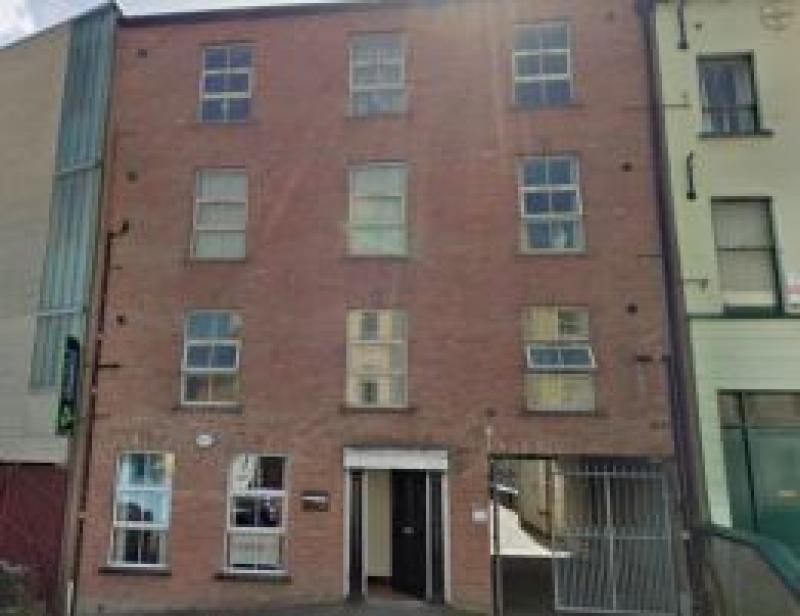 The apartment block where the attack took place.

Two men have been jailed at Derry Crown Court for an incident which resulted in a man sustaining serious stab wounds.
Jonathan Desmond Gibson, 32, of Crawford Square in Derry and Adam McMenamin,18, whose address was given as Moss Wood Park in Bangor, both admitted grievous bodily harm with intent on a man on December 31, 2019.
The court heard that the incident occurred in a block of flats in Great James Street in the city.

Passing sentence on Gibson, Judge Philip Babington, said: "This was a very serious assault and the injured party may well have had some responsibility for instigating the matter but there was absolutely no excuse for the defendant acting as he did and attacking him with a knife on three separate occasions when it was clear that neither he nor his co-defendant were under any immediate threat. "
Imposing an extended sentence of seven years on Gibson Judge Babington said this meant that after half his sentence his release would be determined by the parole commissioners and that would happen when they felt 'it is no longer necessary for the protection of the public that you should be confined.'
After release Gibson would serve a further three years on licence.

Sentencing McMenamin Judge Babington said he was 16 at the time of the offence, adding he had a record comprising of 19 previous convictions but there were 'positives' in his report.
The judge said: "It is crystal clear that he has fallen in with the wrong crowd so to speak which is particularly tragic for him."
Judge Babington said that McMenamin now realised he should not have behaved as he did.
He rejected a suggestion that McMenamin also be deemed as dangerous and said the defendant had not used a weapon although 'he willingly joined in the attack'.
He imposed a sentence of four years and eight months on McMenamin.