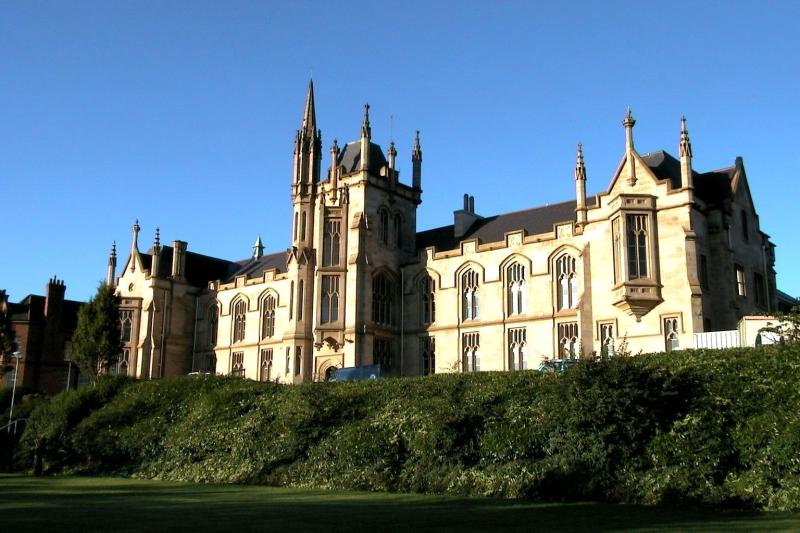 There has been a steady decline in the numbers of students attending the Ulster University’s Magee campus in Derry, it has emerged. The news came to light after leaflets were delivered to householders living in the university area of the city advising residents there will be wardens active in the area tasked with dealing specifically with issues involving students’ ‘anti-community activity’. The leaflet was issued by the Sinn Féin councillor for the area, Mickey Cooper. In the wake of the leaflet drop, Derry Now spoke to residents living in the area about the issue of students and anti-social behaviour. However, many of the residents claimed that incidents related to noise or anti-social behaviour from students living in the area had significantly decreased, which they attributed to ‘dwindling numbers’ of student admissions at Magee University. Derry Now contacted Ulster University, who confirmed that there had been a ‘decline in overall admissions’ at the Magee campus. A university spokesperson said that in the past two years, the number of admissions had dropped by 172. “As part of our commitment to our multi-campus operation we balance student numbers across all campuses,” the spokesperson said “Full time undergraduate student places at Ulster University, for students from Northern Ireland and the EU, are limited by a Regulated Cap on Student Numbers, set by the Northern Ireland Executive.” “Enrolment figures for Magee for the last three years showed that there has been a decline in overall admissions with figures for 2015/16 standing at 4,391. “The enrolment figures for the following year, 2016/17 were 4,338, a drop of 53 student places. “The figures for the academic year 2017/18 stand at 4,219 – a drop of more than twice the number than the previous year with a further 119 fewer student enrolments. However, the Ulster University spokesperson said there were ‘ambitious’ plans for the expansion of the campus. “These numbers have been broadly sustained despite the impact of the Northern Ireland Executive budget cuts of 2015 which resulted in an overall reduction of 1,250 students across the University. “For 2018/2019 enrolments, we continue to work through our confirmation and clearing period to provide educational opportunities to new students on a wide range of programmes on the Magee campus. “Our plans for our Magee campus and the city are ambitious. “The recent opening of the £11million teaching block is a major boost for our staff and current students and also paves the way for enhanced future capacity on the Magee campus in line with our broader expansion plans.”   Disciplinary action   In relation to the issue of anti-social behaviour in and around the university area, the spokesperson said such incidents would not be tolerated. An Ulster University spokesperson said: “Ulster University is proud of our role in the community and the positive contribution our talented students make to society, but we do not tolerate anti-social behaviour and have robust disciplinary processes in place to deal with any incidences, as and when they are reported to us. “We will be working with students from the start of the academic term to underline the impact of anti-social behaviour, both on the local community and on future career prospects. “We work closely with the PSNI on a range of initiatives who also join us each year in giving presentations to our students on the consequences of anti-social behaviour. “We will fully investigate all reports made to us by the authorities and begin disciplinary action where we have the necessary evidence to do so.”
ADVERTISEMENT - CONTINUE READING BELOW