Reece Kelly: Mourners told that road crash victim's 'good deeds were many and he goes to God, armed with all the love that just kept spilling out of him' 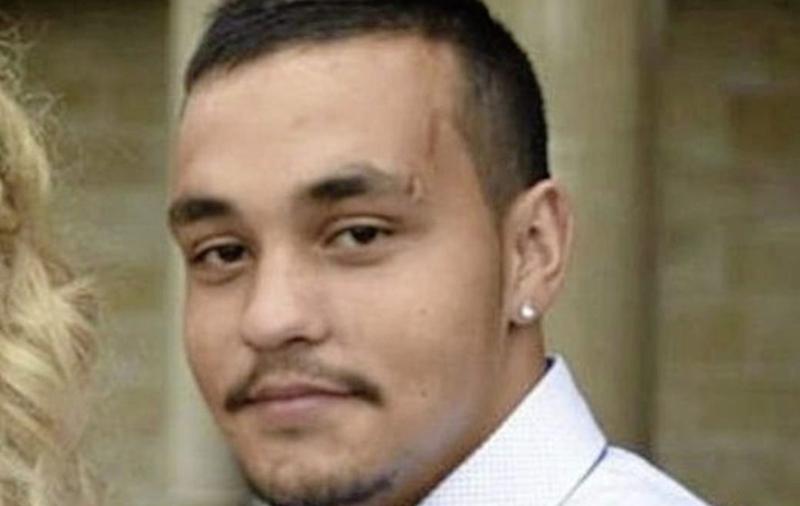 The family and mourners at the funeral of a young Co Derry man tragically killed in a road crash last week were yesterday told that even though he died too soon “his good deeds were many and he goes to God, armed with all the love that just kept spilling out of him.”

Reece Kelly (22) from Draperstown was killed in a single-vehicle collision on Newferry Road near Bellaghy last Thursday afternoon (October 25). The former St Colm’s High School student was a front seat passenger in a BMW car.

Mr Kelly’s death came as second devastating blow to his family in a very short space of time following the passing of his six-year-old brother Seamus Thayaparan from heart failure in July.

The young man was the third eldest child of Martina and Thaya and worked as a carpenter. He also formerly played football for Ballinascreen GAC.

In his funeral homily Fr Peter Madden, Parish Priest of St Columba’s Church in Straw said: “When I received the call to say that Reece had been in an accident and died instantly from his injuries, to say I was lost for words would be an understatement.

“I simply could not believe that this tragedy had been visited on his family, especially so soon after his brother Seamus’ death a mere twelve weeks ago.

“Surely, I thought to myself life could not be so cruel. But sadly, it was.

“If over the past few days you have been struggling to contain your anger and confusion, that somehow God allowed this second tragedy to come to this family, struggle no more. It is ok to be angry with God, for God is big and God can take it.

“In this morning’s gospel when Martha runs to Jesus and says to him if you had been here my brother would not have died, there is more than a hint of anger there; almost accusing Jesus. Yet even in her anger she knows she can still trust him.

“That’s not flying in the face of God; it is allowing our confusion and anger to be channelled to the only one who can understand it and soften it, because God sent his only Son down from heaven to die on the cross from us. And since that time, every time we suffer, every time we hurt, every time we are plunged into grief, we have a God who understands all this too.

“For, whatever our feelings, God did not plan this for Reece; it was not his will that his life should end so soon before his time. But it is God’s will that because his Son Jesus rose from the dead and took the power of death away forever we will meet Reece again.

“The life of Christ that Reece received on the day of his baptism did not end on Thursday evening last. It lasts forever. That is our Christian faith and it holds us and Reece’s family up today above all days.”

Fr Madden recalled how Reece Kelly was born in November, 1995 on the week that former U.S. President Bill Clinton visited Derry city at the outset of the Peace Process.

“Reece lived the first years of his life in London but his closest were made here in Draperstown. I was very moved by the outpouring of emotion and sadness over these last days when so many of his friends came to pay their respects at his wake.

“Reece was a very popular young man; he touched so many lives in so short a time, leaving memories that will remain in the hearts of many for the rest of their lives. But over and above all of those close friendships, the greatest sense of loss will be felt by his parents, brothers and sisters, his three new[hews and his grandfather Hugh and the extended family.

“He loved all his family and had a special place in his heart for his younger brothers and sisters and his three nephews. If you ever turned around and they were missing, you could be sure that they were away with Reece in the car to the shop to buy sweets. That was the nature of the guy.

“There is a line in our funeral liturgy which you may have heard us read over the course of the wake. Blessed are those who have died in the Lord, let them rest from their labours for their good deeds go with them.

“Yes, Reece has died too soon. He had so much more to do. So much more to achieve. His life was only beginning. But even in so short a time his good deeds were many and he goes to God, armed with all the love that just kept spilling out of him. May he now rest in the eternal love of God. May he rest in peace.”

Following Requiem Mass, Reece Kelly was laid to rest in the adjoining cemetery at St Columba’s Church with his little brother Seamus. He is survived by his parents Martina and Thaya, sister Tara, brothers Michael, Kieran, Sean, Ashling and Rory, grandfather Hugh and nephews Coby, Declan and Ardan.