Robert McGuinness killing: ‘I have always felt that he is a forgotten victim of Derry’s Troubles’ -Tony McGuinness 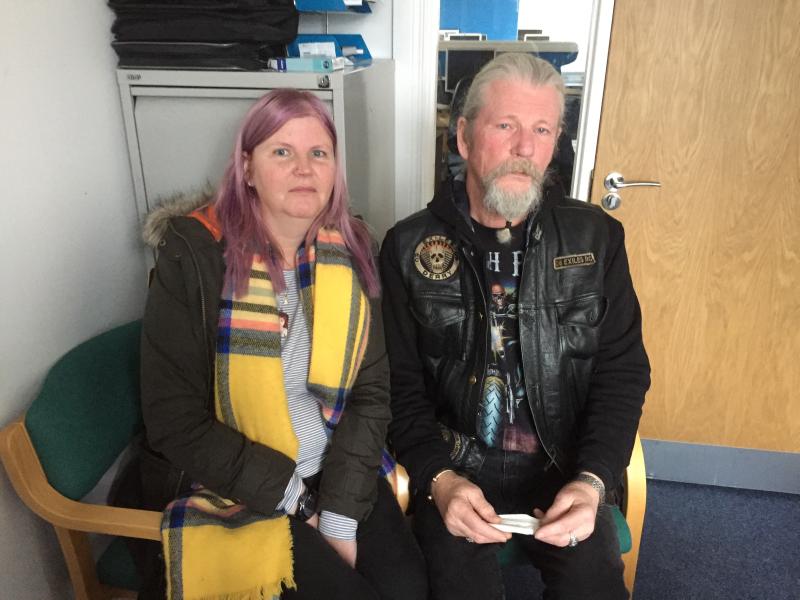 The brother of a man who died four days after being shot by a British soldier in Derry 45 years ago, has embarked on a legal campaign to clear his name of any suggestion he was about to fire a weapon at the security forces when he was hit.

Twenty-one-year-old Robert McGuinness was shot at Brandywell Avenue, the street he came from, on June 22, 1973. He died at Altnagelvin on June 26 from complications arising from his wounds.

An inquest into the circumstances surrounding Mr McGuinness’ death was held at Derry Courthouse on November 29, the same year.

However, up until recent months ago not a single member of the dead man’s family had ever been given access to the inquest papers.

The file, obtained by the Derry News almost two years after a request was made to the Public Records Office of Northern Ireland, is clearly stamped ‘CLOSED TO THE PUBLIC.’

It was after 1am on the morning of the incident in 1973 as Robert McGuinness made his way home after being with friends in the Brandywell area that he was shot.

The previous night in the district, an IRA booby trap, placed in a Provo explosives cache, killed a British Army bomb-disposal expert. As a result of the republican attack, tensions remained very high in the district all the next day.

A series of witnesses to the shooting of Robert McGuinness all stated that he had nothing at all in his hands when he was shot.

In the inquest file relating to the death, a British serviceman referred to as ‘Soldier A’ admits in his statement that he fired the round that killed Robert McGuinness. However, the soldier maintained that the victim had a pistol in his hand.

The daily intensity of the Troubles in the city at the time could be one reason why  virtually nothing of the incident itself, or the subsequent death of Robert McGuinness as was recorded in the local press.

The sense that the deceased man has become an almost totally forgotten victim of the conflict has also prompted his last remaining direct relative to try and prove his brother’s innocence almost half-a-century later.

Tony McGuinness told the Derry News: “Robert was the youngest in the family. I had just got married and I was living in Creggan. The night that it happened I got word and made my way down, but he had already been taken to hospital at this stage.

“I stayed with him in the hospital for a while and came back over and hung around the Brandywell the next day and spoke to different people to try and get an idea of what happened.

“Anybody that I talked to said that there was no warning, he was shot in the back. When he died, the hospital gave me his clothes and you could clearly see the wound from the back was different from the one at the front. It was as if his stomach was blown out.

“He was wearing a string vest and a jumper. I kept the clothes for years and years until eventually it got too hard to keep them.”

Tony continued: “Robert was the youngest of thirteen of us and the last in the house. He and my mother were like Siamese twins.

“He had done three years in the army and my mother wasn’t keeping well so he decided he would come out for a while. So, he got a honourable discharge. He said ‘I’ll stay a while, but I want to go back into the navy.’ That was his goal, but he never got back. He was killed.”

“He took the responsibility for looking after my mother. They were very close. My mother was very fond of dogs, but she would never go out and get herself one. Robert landed home one day with a Border Collie. And, if the dog wasn’t following my mother it was following Robert. If the dog was around, you knew Robert or Nellie weren’t too far away.”

However, Robert’s death was to have a lasting and devastating impact on Mrs McGuinness. Nellie McGuinness passed away in 1992 after becoming ill following a fall in her own home and breaking her hip. Tony recalled that she “withered” away after having never been sick in her life.

He continued: “She never did well after it. Robert was her pride and joy, as I said, he was the last in the house. For some reason, I always thought the two of them had a special bond.”

The Derry News also asked Tony McGuinness why, after 45 years, has he decided to pursue legal action against the Ministry of Defence?

He said: “My mother didn’t want to pursue it. She treated it like an act of God. She thought someone else might be killed if we looked into Robert’s case. So, for her sake I left it alone.

“I should have followed this up years ago. Robert was a lovely wee rogue. He would have done anything for you. He was well liked. He was very social. He was more social than I was actually-I was awkward socially. He loved everybody. He was always the joker.

“It would give us closure if we got the truth. It might not be pleasant but nothing much in this world is pleasant.

“My recollection is that the inquest was very short. Those soldiers were not supposed to be trained not to retaliate to anything. I placed on his headstone that he was murdered by British troops. He was deliberately shot in the back. I have always felt that he is a forgotten victim of Derry’s Troubles.”

“It should just not have happened. I just want some kind of justice for him. I’m not bitter. I am not concerned about putting someone in the dock, but someone has to be held to account. I want to know why they picked on him. I just want to get his name cleared and to prove that he wasn’t a terrorist.”

And, a niece of Robert McGuinness has said she although she has no memory of her uncle, she has grown up in the knowledge that his death has had a strong impact on her family.

“I’ve always known that my daddy wanted to find out what happened, but that he always thought we should leave it. But, it always had an effect on him because the rest of the family had all moved away and he is the last remaining member of his family. There is nobody else.”

Kathleen added that Robert’s death was rarely talked about because “it was the Derry and the Irish way to keep everything to yourself.”

Asked by the Derry News what she wants to see from the legal process, Kathleen said: “Justice for Robert. He didn’t do anything wrong. At the end of the day, he was a 21-years-old fella on a night out and he didn’t come home. So I’d like to see his name cleared.

“I am prepared to stick at this until the end. I’ve promised my daddy I’ll do it.”

CAPTION: Kathleen and Tony McGuinness who have started a campaign to clear the name of Robert McGuinness.