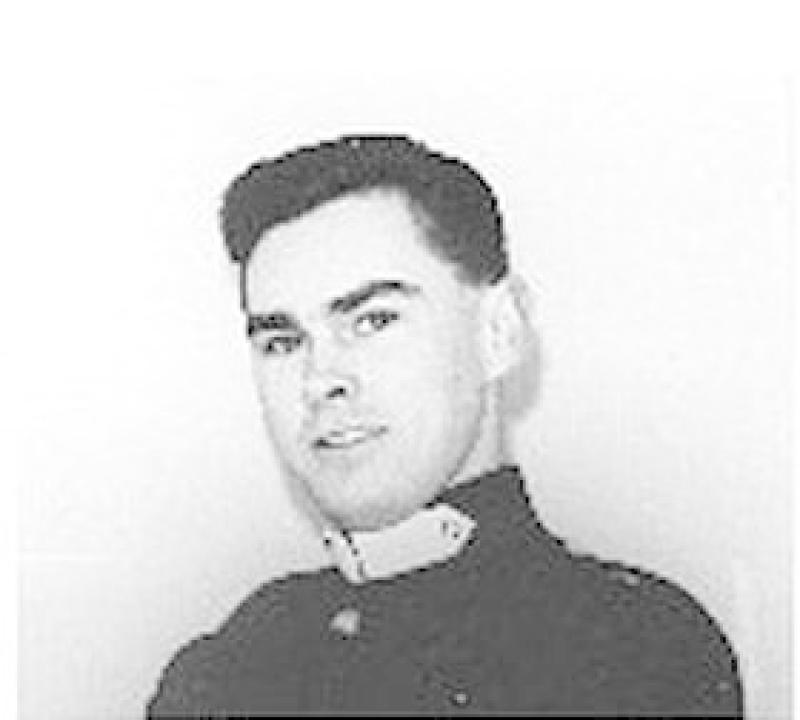 The night before Robert McGuinness was shot, June 21,1973 a British Army bomb-disposal officer was killed in an explosion in the Brandywell area of the city.

Captain Barry Gritten of the Royal Army Ordnance Corp who was attached to the 22 Light Air Defence Regiment, was inspecting an IRA explosives cache located in a derelict house in the area when it partially exploded.

The bomb-disposal expert died at the scene and three other soldiers were wounded, one seriously, in the incident. The 29-year-old deceased soldier came from Darlington and was married with two children.

Some of the witnesses to the shooting of Robert McGuinness believes that the soldiers were in the area the following night (June 22, 1973) looking to exact revenge for the killing of the British officer.

One witness said: "I could hear the other soldiers calling to one another and using very strong language. From the way they carried on in the lane I firmly believed they were a vengeance squad. They sounded drunk or drugged to me."

A soldier referred to as 'Soldier A' who in Robert McGuinness' inquest file admits firing the round which killed him, was also a member of the 22 Light Air Defence Regiment.

A Freedom of Information request lodged to the Ministry of Defence (MoD) in relation to the killing of Captain Gritten produced some partially redacted British Army intelligence files and also some held by the former Royal Ulster Constabulary-now the property of the PSNI.

Part of the material obtained by the Derry News states: “Even though the PSNI have completed a review of Captain Gritten’s murder, the case still remains open and if new evidence comes forward the PSNI will reinvestigate the murder.”

Also, British Army information on the explosion that killed Captain Gritten was recorded at both Northern Ireland wide and at a local level.

The British Daily Operations Brief for Northern Ireland 20-21 June 1973, recorded that: “In Londonderry, it was an eventful day. An ATO (Army Technical Officer) was killed and another soldier seriously injured when a Brandywell house was being investigated.”

At local level the 22 Light Air Defence Regiment which was tasked to operate in the city centre, Bogside and Brandywell areas. They recorded: “At 00:18 hours in Hamilton Street (derelict) an explosion occurred. There were two SF (security force) casualties. Captain BS Gritten (dead).”

It should however be noted that another British Army document records the scene of the explosion as being at a house in Quarry Street in the Brandywell.

Another soldier, whose name is blanked out received serious head injuries and the report then continues by stating: “Two other soldiers received minor injuries. Earlier a patrol had reported finding a bomb making kit in the house. ATO was tasked and was examining the house when the explosion occurred.”

A police intelligence file, carrying information from British military intelligence on the matter contains blanked out references to two IRA suspects that it was claimed “were handling the explosives on the night that Captain Gritten was killed.”

And, another police file contains the blanked out name of another republican suspect and states that a ‘device’ within the IRA explosives cache was rigged to kill. That report states: “(Name blanked out) was involved in the booby-trapped bomb which killed a member of the SF (security forces) and injured three others.”

A final RUC intelligence file states: “(Name blanked out) and others was responsible for the murder of Captain Gritten. They had been assembling bombs and left a booby-trap.”