Robert McGuinness killing: Forensic report says victim was shot in the back whilst soldier says he ‘aimed for the chest’ 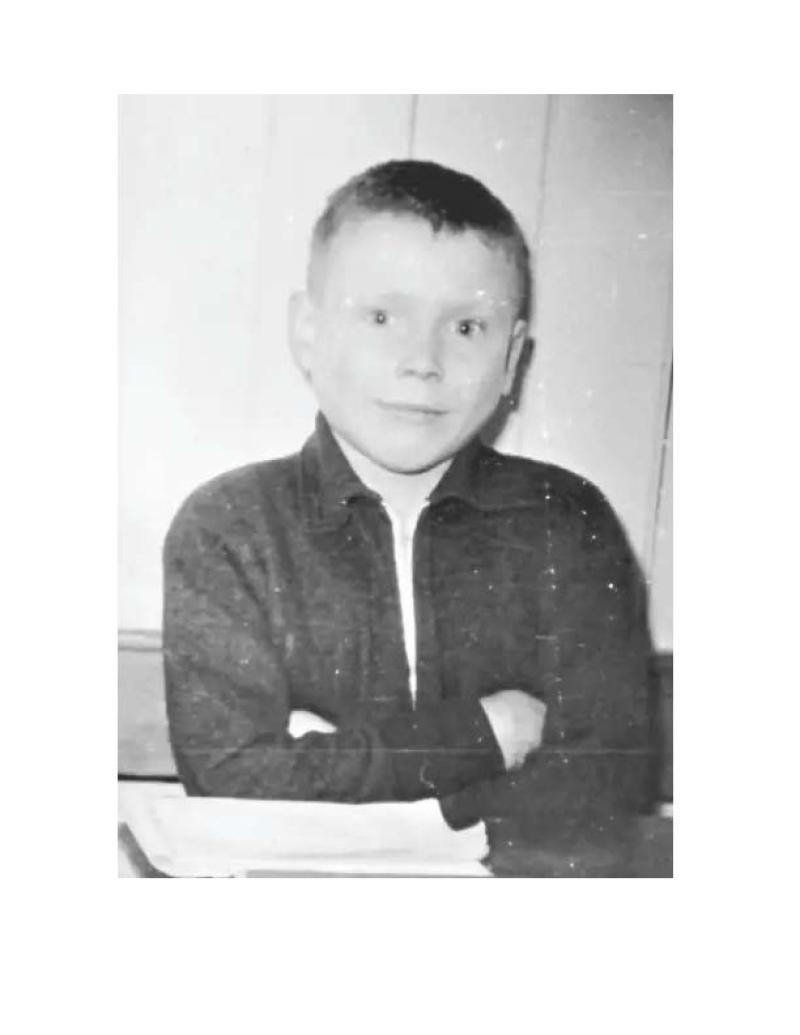 The original inquest into the death of Robert McGuinness was held on November 29, 1973-around five months after his death.

It is a document that had, until recent months, never been seen by anyone from the McGuinness family.

A straightforward request to the Public Records Office of Northern Ireland to release the file however still took almost two years to process.

The documents revealed that the inquest into Robert McGuinness’ death recorded an ‘Open Verdict.’ Essentially, this means the verdict records that a death is suspicious but that it was not possible for a jury to reach any other verdict.

So, in the case of Robert McGuinness this left ‘open’ the possibility that he was, as said by the man who fired the bullet that killed him, brandishing a revolver at the time he was shot.

According to the original inquest papers, eight jurors sat and listened to the evidence presented to them and Coroner Major Hubert O’Neill in the Robert McGuinness’ case at Derry courthouse almost 46 years ago.

A Police Report Concerning Death in the inquest file states that: “This man was shot was by the Army on 22/6/73 at around 1am in Brandywell Avenue. At the time the Army say McGuinness was armed with a revolver. The weapon was not recovered by the Army.”

It should also be noted that in this period, soldiers involved in shooting incidents were not interviewed directly by the RUC. Instead statements were taken from them by the Royal Military Police and then handed over to the local police force.

So, this provided no scope for external questioning of military personnel.

The verdict paper in the case simply records that Mr McGuinness passed away at Altnagelvin Hospital at 7.30pm on June 26, 1973. The cause of death is recorded as “(a) Pneumonia and Peritonitis due to (b) gunshot wound of the left chest and abdomen.”

A statement given by a forensic scientist who examined the jumper worn by Robert McGuinness when he was shot says: “There is a small hole in the rear of the jumper and a larger hole in the front. Although no lead residues were detected around either of the holes, they are consistent with bullet holes, in the bullet entering the rear and leaving at the front. There is nothing to indicate close range shooting.”

Whilst the forensic statement clearly indicates that Robert McGuinness was shot in the back, the statement of ‘Soldier A’, the man who fired the shot the fatal round differs from that scientific conclusion in that he said he fired at the victims chest.

‘Soldier A’, was a member of the 22 Light Air Defence Regiment stationed at a temporary encampment on Foyle Road close to Craigavon Bridge and, a few hundred yards away from the Brandywell area.

His statement, taken around midnight the night after (June 22, 1973) Robert McGuinnees was shot says: “On 22 June, 1973 about 0114 hrs, I was a member of a two vehicle patrol which was patrolling the Brandywell area of Londonderry.

“We were all dressed in DPM Combat Kit and armed with SLRs. I was travelling in the rear of Armoured Personnel Carrier (APC) 1.

“Sitting opposite me was Gnr ‘B’. We were both looking out over the rear doors. We were moving up Brandywell Ave with the intention of turning right into Brandywell Rd. On the junction of Brandywell Ave/Lecky Rd were a group of about ten youths.

“On approaching the junction to turn right a youth approached the APC from the left, the offside and grabbed hold of ‘Bs’ rifle barrel. ‘B’ struggled to keep hold of his rifle. I noticed that the group of youths on the Lecky Rd junction had disappeared and it was then that I saw a youth run out into the road from behind a black Cortina, which was parked outside Brandywell Ave.

“I saw that he had a pistol in his right hand. This he put into the aim position aiming at the APC.

“I cocked my SLR, attached to which was a magazine containing 10 x 7.62 rounds. I fired 1 x 7.62 round and saw the gunman jerk violently backwards and fall to the ground.

“A crowd of about 50-60 people formed and the APC by this time had turned right towards Brandywell Road and I lost sight of the gunman.

“At the time of the incident it was not raining and visibility was good due to street lights being in Lecky Rd and a certain amount of light coming from a spot light in the grounds of St Columb’s College.

“The distance between myself and the gunman when I fired was about 20 yards. I aimed at the centre of his chest.”

The witness statement of ‘Soldier B’ completely mimics that of ‘Soldier A’ in his recollection of the sequence of events. This includes a claim that Robert McGuinness had a pistol in his right hand and was taking aim at their vehicle when he was hit.

‘Soldier F’ said: “I saw the youth in the purple jumper walk left around the corner into Southend Park. I again sighted him walking back around Brandywell Ave into that street. I saw he had a small object in his left hand. I couldn’t see what it was. I immediately became suspicious and shouted to ‘H’ ‘watch that bloke, he’s got something in his hand.’

“We started to walk backwards along Deanery Street and as I did so I saw the leading APC following us slowly and about to turn into Deanery Street from Brandywell Avenue, when, at 0112 hrs I heard the sound of a HV (high-velocity) shot.”

However, the recorded testimony of ‘Soldier C’ also in the leading patrol said: “I did not see him with any form of firearm, or any object lying near him.”

The remaining British Army personnel-‘Soldiers D, E, F, G, H, J and K’ make references to a group of youths in the area in the period before ‘Soldier A’ fired his shot. Their estimates of the number of youths vary between around forty to sixty.

None of the soldiers statements, including that of 'Soldier A' indicate that a verbal warning was issued to the 'gunman' before the fatal round was fired.

Some of these soldiers also claim that some of these youths offered verbal harassment, but not to an extent where they were likely to cause a major incident or provoke retaliation  from the British Army.

‘Soldier E’ for example stated: “When initially travelling down Lecky Road to AnneStreet/Foyle Road (Making the U Turn), I noticed up to 50 persons, mainly young people aged 18 years onwards, congregating between Brandywell Road and the Y junction on the Lecky Road.

“They were standing in doorways, generally loitering with no purpose. None of these people directed any shouting or remarks to me, but as we passed them ‘D’ reported to me by radio, that the youths had shown hostility towards his APC. The report of this crowd was logged at 0106 hrs.

“I would add that these youths were well spaced along the Lecky Road, but in my experience of many patrols in the area there were a lot of people about for that time of night.

“Apart from this, the rest of the area was quiet and peaceful. I can state that between the time we left on patrol at 055 hrs and at the time of the shooting, which I will describe at 0112 hrs, there was no incident, apart from the incident I have mentioned involving ‘D.’”

After the witness statement of ‘Soldier C’ none of the remaining army personnel who gave statements mention seeing ‘Soldier A’ discharge his rifle or seeing his target lying on the ground after he was hit.

In fact of the ten soldiers whose statements are contained Robert McGuinness’ inquest file only two of them actually mentions a direct claim of seeing a pistol in the hands of the victim. These were ‘Soldier A’ and ‘Soldier B’, the man who fired the shot and the man standing beside him respectively.

CAPTION: Robert McGuinness aged 7. He was a pupil of Long Tower Primary School before attending St Joseph's Secondary School in Creggan after which he began a career in the Irish Army.
ADVERTISEMENT - CONTINUE READING BELOW