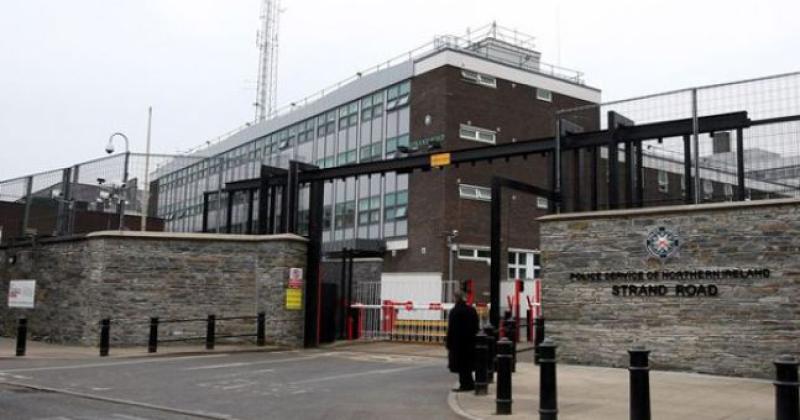 The PSNI in Derry has admitted that the detention block at Strand Road police station has been closed since October last year after the detection of a strain of Legionella.

Police have also stated that they are unaware whether anyone has been affected by the outbreak.

Legionella bacteria is the root cause of Legionnaire's disease-a potentially fatal form of pneumonia caused by ingesting mist from water that contains the bacteria.

The condition is serious and can prove life-threatening, however most people do recover after treatment.

Initially, the PSNI told the Derry News that the cell block at Derry’s main police station had been closed because of “health and safety issues.”

But, after a second inquiry the police admitted that a strain of Legionella had been found in the custody suite.

“The suite has undergone a deep clean by health and safety experts.

“Whilst a section of the custody suite has been closed, custody provision has been made available in Strabane.

“The Law Society has been made aware of changes to custody arrangements. It is anticipated the suite will re-open in the coming weeks.

“We will continue to review our custody arrangements while the closure is ongoing.”

However, in a second statement, Chief Inspector Robert McGowan, the Safer Detention and Custody officer in the local policing area said: “Strand Road custody suite has been closed since October 2018 following the detection of a strain of Legionella.

“The PSNI are working with colleagues in Estate Services and specialist contractors to address the issue. PSNI are not aware of anyone being affected by this.”

The last known case of the detection of Legionella in a public building in Derry, took place in January 2017 when the bacteria was found at the headquarters premises of Derry City and Strabane District Council on Strand Road.

Then, the bacteria were found during a routine check in the building but were found to be at a very low level. The strain was also detected at the council run Riversdale Leisure Centre in Strabane during the same checks, and council officials stressed that the problem was dealt with immediately.

Meanwhile a solicitor based in Derry has hit out at the situation.

Richard Campbell, a lawyer at Quigley, Grant and Kyle Solicitors said the closure of the custody suite at Strand Road PSNI station means that anyone arrested and detained is being taken to police stations at Strabane, Coleraine and Omagh.

He said:  "I have been told on several occasions by police officers at Strand Road that the custody suite is closed because there is Legionella in the water system."

"It means that an entire police crew has to be brought in to ferry clients to other stations. If you take into consideration it takes an hour to book someone in even before questioning that's full police crew off the streets of Derry.

"The situation is also adding extra expense to the public purse because the process is covered by legal aid. Lawyers will add on charges for additional travel too.

"It is also often the case that clients are left to their own devices to get back to Derry and that's completely unacceptable. The situation is becoming intolerable for everyone involved.

"For example, when I am on call and dealing with a case away from Derry, I often end up dealing with three of four cases during the night. That mean's the first client has no way home because I am required to stay.

"Sometimes the PSNI will provide transport home, but that's not always the case. It means that clients can be walking the streets of a strange town at 2am and will have to wait until public transport starts again in the morning. Or, if a separate police team have to come and get them, again that means there are less officers on the ground in Derry."

"We now have a situation in Derry where there are three police stations none of which are operational in terms of questioning people.

"Strand Road custody suite is closed and no one is questioned at Waterside or Maydown stations.”

It is rare that the disease is contracted at home and catching the condition is more normally associated with large office buildings, hotels and hospitals where the bacteria has infected the water supply.

It is also unlikely that someone will contract the condition from drinking water infected with the bacteria and infection does not occur from person to person.

However, symptoms of the condition are comparable to having a severe flu, including not being able to breathe properly, severe chest pain, muscle pain, headaches, a lingering cough and a high temperature.

Those more at risk from the disease are people over 50, smokers, people who have chronic lung conditions and those with weak immune systems because of cancer, diabetes and renal failure.

Figures from the Public Health Agency in Northern Ireland reveal that between 1980 and 2009 there were nine deaths resulting from 73 cases of Legionnaires disease that were reported here. The largest number of cases in a single year (10) in Northern Ireland happened in 2007.

Documentation compiled by the Health and Safety Executive of Northern Ireland states that: "The risk increases when the water is supplied from an "in-house" water storage tank, where the water has been stagnant or unchanged for a period of time."

And, according to World Health Organisation statistics, the death rate may be as high as 40 to 80 per cent for people with poor immune systems who do not receive treatment and between 5 and 30 per cent for those who do.

Treatment for Legionnaires disease requires hospitalisation where patients may need the aid of an oxygen mask or nose tubes to breathe properly and antibiotics are administered directly into a sufferer's veins.

As the sufferer recovers it is likely they will require one to three weeks of antibiotic treatment at home.

And, the long-term effects of the condition can produce fatigue, neurological and neuromuscular issues, post-traumatic stress disorder and an overall effect on quality of life that can last up to 18 months.