The Troubles: Derry man launches bid to clear his name of murder of British soldier in 1984 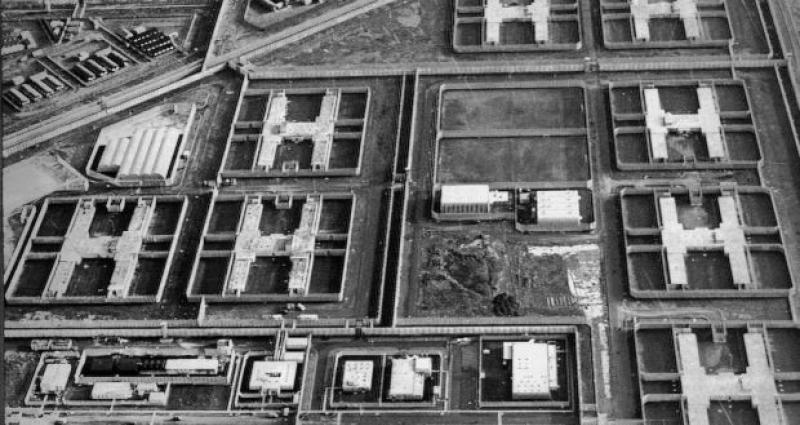 A Derry man who served over a decade in prison for the IRA murder of a British soldier in the city almost 35 years ago says he is determined to clear his name of any involvement in it.

John McDevitt, originally from Lisfannon Park in the Bogside, was handed a life sentence for the murder of Private Neil Clarke in 1984 and served almost 12 years in Long Kesh.

Released from prison in 1995, Mr McDevitt is still on licence meaning he can be returned to jail again if ever deemed be a risk to public safety at the say so of the Secretary of State for Northern Ireland.

Mr Mc Devitt categorically denies that he was ever in the IRA and says he only signed confessions after being subjected to sustained psychological duress by members of the RUC under questioning in Castlereagh detention centre.

The Derry man has now instructed his solicitor to submit an application to the Criminal Cases Review Commission (CCRC).

Private Neil Clarke was a 20-year-old member of the Second Battalion of the Queen's Regiment. He was part of an armoured patrol at Bishops Street on Easter Monday, April 23, 1984.

As the patrol passed along the street it was attacked by rioters who threw petrol bombs made from sweet jars. When his uniform caught fire, Neil Clarke jumped from the back of the Land Rover he was travelling in. As he did so, an IRA sniper opened fire. He was struck in the head by a single round and died instantly. Two other British soldiers were also wounded in the attack.

John McDevitt told the Derry News: "I was 19-years-old when I was arrested from my home in the early hours of May 2, 1984, two weeks after the murder, under Section 12 of the Prevention of Terrorism Act. I had never been arrested before and I was taken to Castlereagh."

But, John McDevitt was the only one of the seven defendants who maintained not guilty pleas for all the charges put to him.

The sole basis for his prosecution were four alleged confession statements he had signed in Castlereagh.

The Derry man continues to contend, as he did his trial in 1986, that the confessions were obtained by the RUC after the oppressive nature of the interviews he endured and the ill-treatment he suffered while in police custody.

"From the outset, I was accused, amongst other things of driving the gunmen to and from the scene of the murder. Castlereagh and the conditions there left me totally disorientated.

"The detectives that interviewed me operated in relays of two, threatened me physically and were intent on getting a statement that I had driven the gunmen.

"I denied any involvement in driving gunmen, but they kept threatening my with violence and said it would make no difference whatsoever if I admitted it and that I would get bail and likely a suspended sentence.

"These detectives were intent on getting an admission and were stopping until they did. "After four days, I was exhausted and I just wanted out of Castlereagh. Very reluctantly, but with their assistance I made a false statement to driving gunmen away from the scene of the murder. For that, I spent 12 years in jail."

It is at this point that the case of John McDevitt takes a sinister twist because of previous interviews given by a former member of an undercover British Army intelligence who operated in Derry. And, it is an account the British agent claimed involved moves to protect an IRA informer in the city.

John McDevitt was held on remand at Crumlin Road jail in Belfast for over two years before his trial began in 1986 and was wholly unaware what was going on in undercover operations in his own city involving FRU and its informants.

Speaking about his interrogation at Castlreagh, John McDevitt continued: "On one occasion one of the detectives left the room and returned a short time later carrying a sub-machine gun.

"He said the gun was used in the shooting and was in my car. At my trial and as part of my defense, I explained this in court. There were also supporting notes from two and half years previously, which had been given to my then solicitor.

"During his summing up the trial judge totally dismissed this as an invention to save myself and that such a gun would never have been in Castlereagh. He also said he believed an experienced detective would do such a thing.

"Patricia Coyle, my solicitor now as a result of enquiries with the CCRC has discovered that such a gun did exist and was in Castlereagh at time I was being held. That gives full credibility to what I said during my trial."

Based on interviews given by the former British agent known as Martin Ingram,  newspaper reports from early 2000s state that Private Neil Clarke was killed by a Derry IRA member who later died in premature explosion in 1987.

Ingram was a member of the shadowy British Army intelligence branch known as the Force Research Unit (FRU) and operated undercover in Derry in the early 1980s.

He later made allegations about the conduct of FRU in its operations in Northern Ireland and against figures in the Provisional IRA and Sinn Fein.

Ingram stated that Private Neil Clarke was killed by a rifle controlled by FRU informer, Frank Hegarty-a Quartermaster within the Derry Brigade of the Provisional IRA.

According to Ingram, shortly before the soldier's death, Hegarty is said to have told his handlers that an IRA go-between in the city had asked for rifles from the arms cache.

Martin Ingram also contended that it would have been possible for the British Army Intelligence Corp to bug the weapons, but senior officers decided not to in order to preserve the informer's cover.

However, Frank Hegarty was later exposed as an informer and executed by the IRA in 1986.

The British agent also claimed weapons from the same stash used in the murder of Neil Clarke were also used in two further IRA killings in Derry.

Private Martin Patten (18), of the Royal Anglian Regiment, was shot dead as he walked with a colleague and two women back to Ebrington barracks on September 22, 1985.

On November 21 the same year, 40-year-old German-born Kurt Konig died after being hit 15 times. He had been a catering supplier to the RUC in the city until around three months before his death and was in the process of setting up his own catering business.

John McDevitt gave evidence in his own defence before a Diplock judge at his trial in 1986. He was convicted on all counts. He lodged an appeal against his conviction to the Court of Criminal appeal in 1987, but the appeal was dismissed.

In 2002 he applied to the Criminal Case Review Commission (CCRC). That application allowed the CCRC to discover that a sub-machine gun was in Castlereagh during the time he was being questioned-a fact that had been dismissed during his trial.

However, Patricia Coyle of Harte, Coyle Solictors told the Derry News: “This fresh application is based on new information which has only entered the public domain in the last four years, regarding the covert recording of police interviews by the security service MI5 in police holding centres.

“As a result of that new information we are also now asking that the CCRC consider ESDA testing the original police interview notes and alleged confession statements to check their authenticity."

ESDA is an electrostatic detection device used to reveal indents or impressions in paper that may have gone unnoticed. The specialised equipment is capable of finding indentations on pages several layers below the top sheet many years after the impressions were made. ESDA equipment have been central to overturning a number of convictions in the UK because it was possible to prove that witness statements had been altered or signed as blank pages in reverse order to the main notes.

Patricia Coyle contined: “We are also asking that the Commission review the character of the police interviewing witnesses on the basis that some may have been discredited in other miscarriages of justice cases that have come to light in the last ten years, in which convictions were quashed as a result of oppressive police interview techniques.

“We will continue to support our client in his campaign to establish his innocence.”

John McDevitt told the Derry News: "I was never a member of the IRA. At 54 years of age, nothing will compensate me for the loss of my youth.

"What I want is to correct this injustice and expose what happened at that time, not just to me but to other people as well.

"I have suffered from panic attacks, and Post Traumatic Stress Disorder. I have come through bladder cancer on two occasions, probably as a result of the stress I suffered.

"It's not about getting money either, it's about clearing my name for the fact I was made amenable and accountable for driving gunmen away from a murder.

"I am also still on licence for the murder conviction."

Former SDLP MLA Pat Ramsey, who grew up close to John McDevitt told the Derry News: "This case is one of the greatest injustices of the Troubles. John was never a member of the IRA and most certainly did not commit murder. He was coerced into signing a confession.

"He has had to try and come to terms with losing his youth. I am delighted that he taking a case.

"Given the revelations in the last few days involving the fact the RUC withheld information about loyalist murders on the Ormeau Road in Belfast, it's certainly my opinion that the police in that era have a lot to answer for."