2019 Council Elections: A look at The Moor District Electoral Area 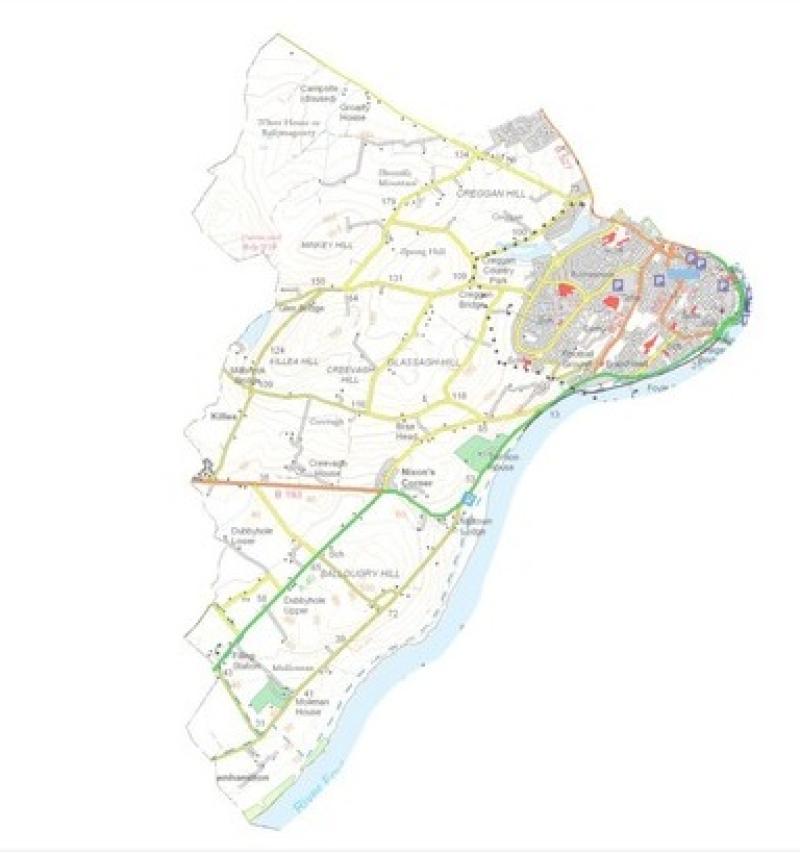 The Moor District Electoral Area (DEA) has a population of 17,139 and in that sense is marginally the smallest of the five DEA’s within the city boundaries.

Around 13% of The Moor's population are aged 65 and over compared with 12% in the council area and 15% across Northern Ireland.

According to data from the last Census in 2011 there are around 7,000 households in this DEA and the largest category of dwelling contains one person. There are 2,490 such households making up 36% of all swellings in The Moor. At the other end of this spectrum there are 760 or 11% of households in the DEA that have five or more people living in them.

In terms of employment, 53% of the residents of The Moor are economically active-that is they are working or seeking work.

Of those who are working in this DEA, 27% are in managerial, professional or technical jobs. That compares to 32% across the DCSDC area and 34% across Northern Ireland.

A higher proportion (18%) work within sales and customer service positions in The Moor compared with 13% in the council area and 10% in the rest of the North.

A total of 11 candidates are chasing a total of five seats in this DEA-two more than the nine candidates who contested the election in 2014.

Those eliminated in The Moor in 2014 were Emmet Doyle who was then standing for the SDLP and bowed out on the sixth count on 968 votes (9.86%).

Put plainly, this DEA is potentially the most unpredictable of all five within the city boundaries for a variety of reasons.

As in 2014, Sinn Fein are fielding four candidates in The Moor. Two of those are outgoing councillors-Kevin Campbell and Patricia Logue. The party's candidate Sharon Duddy replaced Colly Kelly on the council in September last year and has had the benefit of around eight months to build a profile.

Tina Burke however is a new entrant to the electoral arena and may loose out based on the presumption that Sinn Fein are fielding four candidates to ensure their management of the transferred votes system returns three representatives to the Guildhall.

The presence of Gary Donnelly in the electoral race again this time around remains the largest blockage to Sinn Fein achieving their desire of four of the five available seats in a district largely comprising of Creggan, the Bogside and the Brandywell.

Mr Donnelly's success in 2014 was at the outset largely built upon the clever use of a very strong personal vote and an effective on the ground campaign. And, this saw him top the poll with a hefty 1,154 first preferences. However, this was just five votes ahead of Sinn Fein's Kevin Campbell who was elected next and followed in by Colly Kelly and Patricia Logue showing strong use of the transfer system.

Councillor Donnelly's return to the Guildhall may depend heavily on heavily polling first preferences again and if this begins to dilute early on at the count transfers to him from other candidates will prove a decisive factor in his re-election. Transfers to him from Sinn Fein voters are unlikely and as a result he may find himself under pressure.

However, the outgoing Independent has built a reputation for helping people on the ground during the last term and that could be rewarded at the ballot box.

Yet, without doubt, the major electoral battle in The Moor and particularly in Creggan, will be largely centred on him and the four Sinn Fein runners.

Added to this particular element of this contest, is the entry to the race this time as an Independent Nationalist, of Emmet Doyle. Mr Doyle ran last time for the SDLP and went to the wire with Sean Carr who was also then a SDLP runner.

When Mr Carr took the last seat on 1,087 votes, Doyle was just 119 votes off the much more strongly established SDLP figure and forced the count into a second day. This time a highly visible social media campaign strongly concentrated on local social and economic issues as well, may make this candidate a genuine runner in The Moor. He too may well poll strongly in terms of first preferences but transfers will also play a vital part his success or indeed his lack of it.

The SDLP have chosen to run two candidates this time as opposed to three in 2014 and this too has thrown up an interesting scenario.

In reality, The Moor has had no officially elected SDLP representative since the departure of Sean Carr from the party fold four years ago.

The party placed one of their candidate's, Cathy Breslin as a local representative in the DEA some time ago and she has built strongly upon a personal base in Creggan where she has lived all her life.

However, the placement of outgoing Mayor John Boyle as a candidate in The Moor as opposed to Foyleside has cast doubt on the electoral success of Mrs Breslin because it is highly unlikely that there are two SDLP quota's in this DEA.

But, despite the fact that Councillor Boyle hails from The Moor district as well  and has had a high profile year in the media spotlight it remains to be seen which one of these candidates will take the one seat that should be there for the SDLP.

Eamonn McCann needs no introduction to voters anywhere in Derry, especially in The Moor.

His brief spell as a MLA for People Before Profit Alliance (PBPA) proved to be the high point of his attempts at electoral success over a 50 year period. There is little doubt that he will as ever poll strongly in terms of a personal vote and will be the most successful of PBPA's four candidates in the city. But, the party's stance on Brexit and issues such as abortion could prove a decisive factor in this DEA.

Voters in The Moor may well opt for giving a higher preference to Independent candidates here instead and whilst Mr McCann may be in the reckoning in the early counts it will most likely fizzle out before a quota is achieved.

Voters in the district will also have the chance to vote for a unionist for the first time in 18 years as the DUP are running Niree McMorris.

Two decades ago what was known as the Northland electoral area included areas such as The Diamond, The Fountain, sections of Crevagh and the Strand. There were substantial numbers of unionists in these districts. These areas have now been subsumed by The Moor DEA.

Over 3,000 people on the west bank of the Foyle identified as Protestant at the 2011 Census. This of course does not automatically mean this is an indicator of electoral preference. However, the last unionist elected on the cityside was the UUP's David Davis in 1989. Given the demographic make up of The Moor, that singular success of 30 years ago will not be repeated this time around.

That leaves Colm Cavanagh, the Alliance Party candidate. Well known and respected across the community and business sectors in Derry, he has been a stalwart of the party for many decades.

Without doubt, Mr Cavanagh will poll the largest Alliance Vote of all their candidates in the city and many attract transfers from within the moderate elements of nationalism and unionism in the DEA. However, in an a area dominated by nationalism and republicanism of all shades his vote will quickly dissipate.

Overall, this is the hardest call to make of all the DEA's. The many variables listed above may make for a very interesting outcome. It's likely that Sinn Fein will retain three seats here and a SDLP vote could hold up to see them regain a seat. Alternatively, their absence in official terms for some years in The Moor could see a case of being 'out of sight and out of mind' for the electorate and their vote could fatally splinter.

The fate of the final council berth is the major question. It's more than possible this could be a battle between Gary Donnelly and Emmet Doyle and it could largely depend on what shade of independent and which of their policies the electorate opt for.