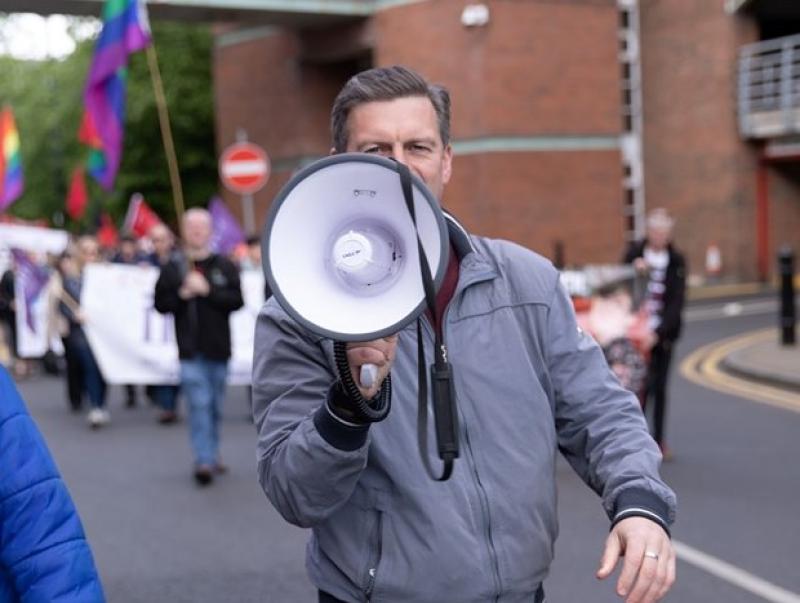 People Before Profit Councillor Shaun Harkin has encouraged workers in Northern Ireland to "demand every penny" following the ruling on holiday pay.
Northern Ireland could face a massive public sector back-pay bill after a tribunal finding that police officers and civilian staff were owed holiday pay dating back twenty years.
The class action was brought by a group representing more than 3,700 police officers and civilian staff, but trade unions now believe that public and private workers should be compensated accordingly.
Cllr Harkin said: "Public and private sector workers owed holiday backpay should demand every penny. This is money that's been earned so it should be paid in full.
"All political parties should declare they oppose any legislated caps being imposed on what workers can claim.
"There's nonsense talk about bankrupting the state and employers. What about working class families who've been bankrupted by years unnecessary wage freezes, pay caps, cuts and poverty wages? The disrespect has gone on too long.
"If you're wondering why all the big parties have avoided encouraging workers to demand what they're owed remember they all voted to slash tax rates for wealthy corporations and preferred to keep Thatcher's anti-workers' rights law on the books even though it was a devolved matter.
"This is another example of why every worker should join a trade union. We need to organised to get dignity and respect. All our trade unions should step up now and make sure people are paid what they're owed.
"Ordinary people shouldn't stay silent on this as some would prefer. The money is there for people to be paid what they're owed but collective action may be necessary."
ADVERTISEMENT - CONTINUE READING BELOW