Springtown Camp monument to be officially unveiled next month 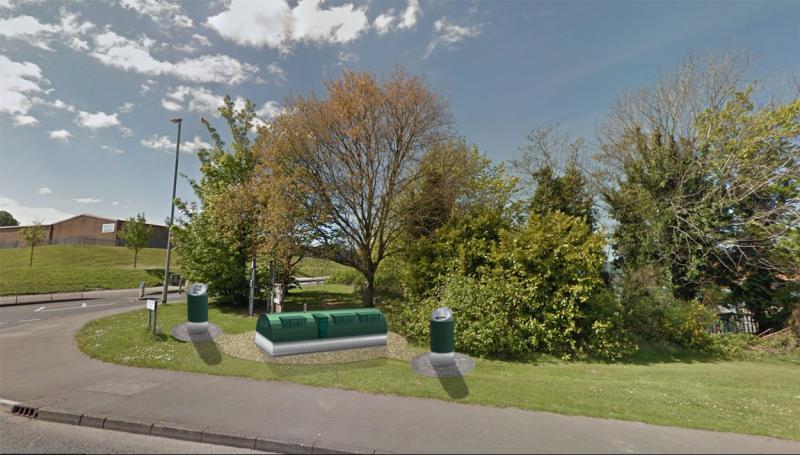 A monument commemorating the Springtown Camp in Derry will be officially unveiled next month at a ceremony near the entrance to the former site it has been announced. The unveiling will take place on Thursday, August 1 adjacent to the North West Regional College Training Centre at 12 noon and will be followed by a Civic reception at the Guildhall at 1pm. The art installation will take the form of a Nissan hut in which the inhabitants of the camp were forced to live in deplorable conditions because of a policy of housing discrimination in operation at the time against the Catholic community. Springtown Camp was originally a Second World War United States military installation which was vacated after the end of the conflict in the mid-1940s. Over 500 families once inhabited Springtown Camp and occupied it around 1946 because of over-crowded living conditions in Derry. The decision to squat in the former military huts, despite the fact there was no electricity, running water or means of heating, came after many families evaluated that these conditions were actually better than they were enduring. The camp became a focal point of the early civil rights agitation in Derry. Willie Deery, who grew up in the camp, said: “This monument is vital because the camp symbolises the precursor to the civil rights marches. “It’s also somewhat ironic because 60 years after our mother’s were evicted from the Guildhall for protesting against the conditions at the camp there will now be a civic reception for us there. “This will be a recognition for our parents who had to raise their children in shocking circumstances. It will be an emotional day for us all. It’s not just about me, there were many hundreds of families with stories to tell but maybe I told mine a bit more forcefully.” In the coming days a crane will lift the one-third scale replica of a Nissan hut into place which were originally constructed out of iron welded together and covered in corrugated tin sheets. In 1964, over 200 residents from the camp marched on the city’s Guildhall to lodge their complaints about their living conditions with the leaders of the old Londonderry Corporation as part of a long running battle with the former local authority. Willie Deery continued: “There is a famous Derry Journal photograph from November 1959 when women from the camp marched on the Guildhall in protest after a fire. The mother’s in that picture are all gone but we are going to recreate that photo with their daughter’s standing in the same formation as the original picture.” CAPTION: An artist's impression of what the monument to Springtown camp will look like after it's installed.
ADVERTISEMENT - CONTINUE READING BELOW