RACING: Tips and analysis for Saturday’s card at the Curragh 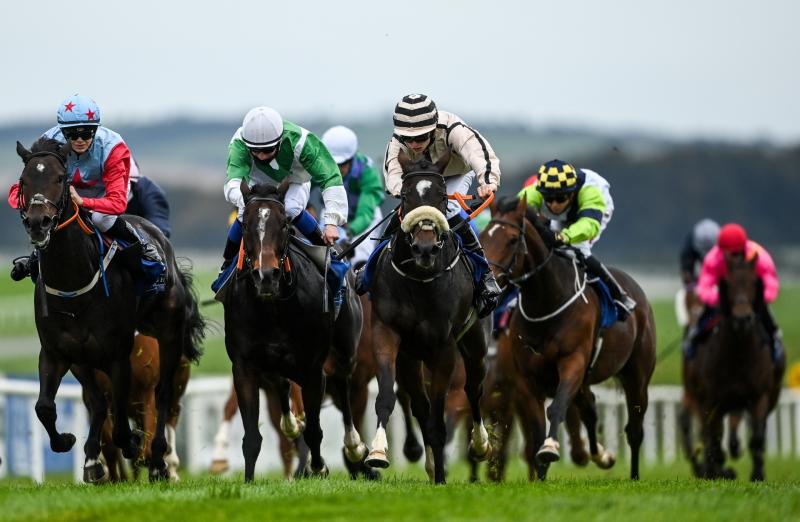 Ireland’s flat racing season gets underway at Curragh Racecourse on Saturday, with an eight-race card attracting 149 horses and a prize-pot of €256,500.

With a mainly dry forecast, the going is Yielding, Yielding to Soft in places.

Worth a cool €100,000, the most valuable race of the afternoon is the 4.16pm Irish Lincolnshire, a Premier Handicap contested over a mile.

Betfair are currently 8/1 the field for the ultra competitive handicap, with a full field of 27 lining up - with the 107-rated son of Camelot, Current Option heading the field. Owners of the favourite also run another three in the race, and it’s course and distance winner Saltonstall than could prove to be Current Option’s main danger, at 11/1. Current Option and Saltonstall trainer Adrian McGuinness runs a total of six, and Star Of Cashel - who wasn’t beaten far in this last year, from a 5lb higher mark - is the pick of the other four, at 14/1 - although Ryan Moore has been booked to ride Bowerman, and he is the current second favourite at 9/1.

San Andreas benefits from a winning run two weeks ago, and should be primed more than most for a tilt at the big prize on offer, at 12/1. Jim Bolger’s Agitare finished on a high last season and is worth another look at 10/1. Raadobarg won three times last season and he is entered here by Johnny Murtagh on his first stable start - he’s 12/1.

At 3.41pm is the Group Three Park Express Stakes, with a total of seven fillies and mares declared to run over the mile trip.

Last year’s Newmarket 1000 Guineas winner Mother Earth will take all the beating in this and the market is likely to reflect that. Insinuendo was a Group Two winner last season and is likely to fill the runner-up spot here. Course and distance winner Emphatic Answer is the pick of the remaining five.

Another competitive race is the 1.56pm Dmg Media Handicap, a five-furlong sprint, with 11 runners declared.

On what could be a fruitful afternoon for the McGuinness yard, Laugh A Minute was unlucky not to get up to win the Sprint Trophy at York back in October and is on a decent mark as well and should be better for his recent run at Dundalk and a return to the turf.

Last year’s winner Downforce hasn’t shown much since, but could be back on a dangerous mark.

Primo Umo benefits from a couple of reasonable runs this season and is another one to note, in what looks likely to be a tight betting heat.