RACING: Top tips and analysis for Wednesday’s card at Dundalk 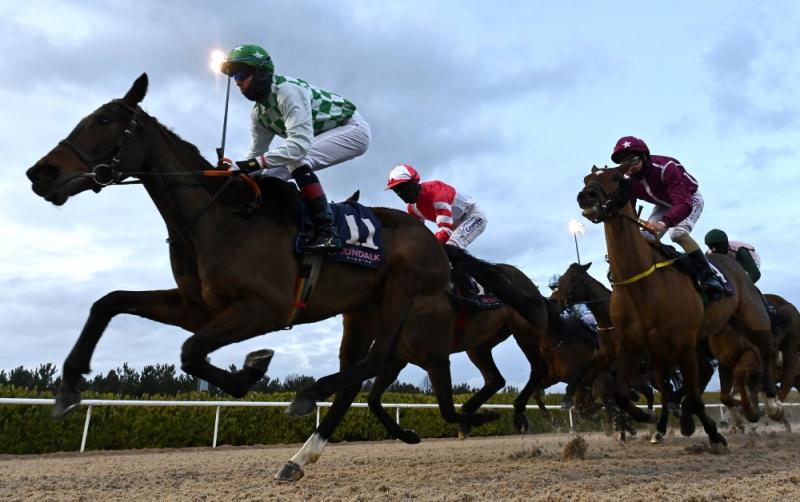 RACING: Top tips and analysis for Wednesday’s card at Dundalk

93 horses are declared to run across eight Flat races on Wednesday’s card at Dundalk on the All-Weather synthetic surface.

1.10pm is the off time for the opening race of the afternoon, with racing coming to a conclusion at 5.10pm - find the latest betting odds at MyBettingSites.

The feature race of the afternoon is the 2.55pm View Restaurant At Dundalk Stadium Handicap - over an extended one mile and two furlong for four-year-olds upwards.

Andrew Slattery’s Sunwalk was a course and distance winner here at the beginning of the month and is one of five in the field of seven to have done so - the others being Dare To Flare, Pachmena, Dalvey and Bowerman. Dare To Flare’s course and distance win on his penultimate start will put him in the mix here, with his fourth-placed effort over a longer trip last time out also respectable.  Niburu’s second over 2m last month was a strong staying performance and the seven-year-old’s effort back in December, when there was clearly something amiss, can be scratched. There will be no doubt he’ll stay this trip.

At 4pm is the Dundalk Winter Series Leading Trainer & Jockey Championship Handicap, with six runners declared to battle it out for the €7,200 winning prize, over seven furlongs.

Daintree steps up to seven furlongs for the first time and will be looking to make it a quick-fire hat-trick in Co. Louth, following two strong finishes over the five-furlong trip so far this season. Dubirango was a course and distance winner two weeks ago and once again Sean Bowen takes off a valuable 7lb. The lightly-raced Patrick Street has improved with each of his three runs, Mercurial makes his debut for John Nallen, following his switch from Tom Dascombe, and his strong finish over this trip at Doncaster bodes well for this assignment. Completing the sextet are It’ll Do My Day and Obliviate.

Powerdrive is another on the card looking for the hat-trick, this time in the 2.20pm Book Online At Dundalk Stadium Handicap, over an extended one mile and two furlongs. 14 runners go to post with €6,600 going to the winner.

Paul Flynn’s seven-year-old just held on over 12 furlongs last time out, but was a comfortable victor over course and distance on his penultimate start. He looks the pick of the field and is fancied to complete the hat-trick. Summit Star is another one who drops back to their winning trip for this and poses the main danger. Another course and distance winner last time out is Hightown Heights, who is the top-rated in this field and her jockey, Sam Ewing will take 5lb off. Yet another winner last time out, Everyhouronthehour is another leading player.

At a bigger price, Shining Aitch is of interesting returning to the Flat for the first time in 118 days. He was last seen disappointing in two starts over timber, whilst Very Excellent is another interesting contender, with his victory over Elzaamsan looking a solid piece of form.