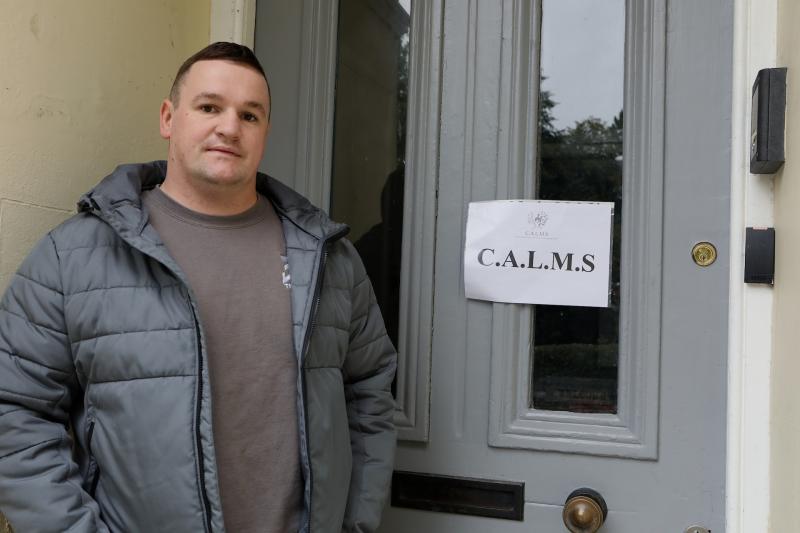 Former Super-Middleweight boxer Sean McGlinchey is back doing what he loves best, as he has resurrected the ‘Sports Against Suicide’ initiative to help raise money for local charity CALMS.

The 2014 Commonwealth Games medal winner spent 20 years in the ring and retired in 2017, but he has never strayed too far from the sport and is now guiding novices on how to handle themselves in the ring ahead of what is expected to be a massive fight night in the Guildhall on November 5.

The ‘Sports Against Suicide’ event will see competitors of different backgrounds and different skills take to the ring, all in aid of charity. This year’s charity is CALMS, based in their new offices at Crawford Square. Helping people local to understand and manage stress in healthy ways, CALMS offers several services such as counselling, complimentary therapies, personal programmes and social events.

Sean understands the importance of the charity locally and feels that the ‘Sports Against Suicide’ event is the perfect way to help.

“We last ran the event back in 2015 to raise awareness around suicide and how sports can help,” he explained. “We had different sports groups involved and we ran a boxing event at the end of a week in which we also had an information night about the charities that were involved.

“A few months ago, we were contacted by CALMS, who were one of the charities we worked with last time and they asked would we give them a hand to run this event again because they have moved buildings and they need a bit of help.

“CALMS are a vital service in the community which provides different services for mental health, even down to helping people get houses, so it’s a good service. They have now moved premises and are hoping to raise funds to help with the fund so they can make it more comfortable for people who come to them. They asked us can we help so they can keep the vital services going.”

Sean is excited at the prospect of members of the community coming together to help out and he himself is glad to be contributing by passing down the skills he learned over two decades in the ring.

“The best thing I can do with my knowledge is to run a good fight night,” he continued. “We are back in the Guildhall and we are trying to get local celebrities involved. We have people like Mickey Doherty and Mammy Banter who are supporting it. It will take place on November 5 and there will be a lot pf people fighting who haven’t stepped in the ring before but they will be paired with others who are in the same situation. There are a few more spaces left if anyone wants to contact us and put their name forward, they can contact us on Facebook.”

Unsurprisingly, there has been a massive response to the appeal to participate in the event, and there are even plans for a music video which will feature local celebrities to promote ‘Sports Against Suicide’ even further. It plans to be a busy few weeks for Sean, CALMS and those stepping into the ring.

“We were a bit tentative on going ahead with it because of the times we’re in and the climate,” Sean explained. “People are getting it tight at the minute but if services like CALMS go down, then we will all go down. These services are here to help people who are struggling.

“It’s all just a bit of craic really. There will be people there who fight each other who know each other, but even if they don’t know, I’ll just be telling everyone to go in and just enjoy themselves. It’s not a big competition where you’re going to get a contract to fight professionally at the end of it. It’s just a bit of craic on a fun night to try and raise a bit of money.

“It's mad how many people have used a service like CALMS so when people start hearing that it is for such a valuable service, they respond brilliantly as the people of Derry always do. It will be a fun event – you can have a son or a daughter or a brother or a sister who’s fighting that night, it will be nice to get a night out to not only support someone you love, but also to support a vital service in the community.”