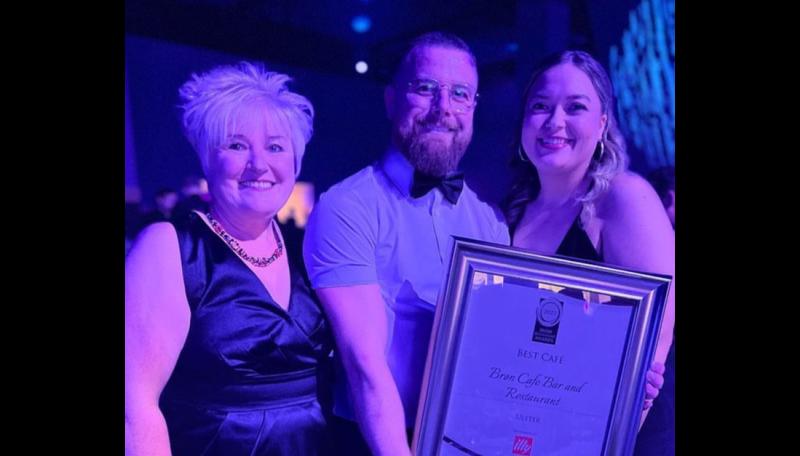 BRØN cafe bar and restaurant in Derry has been named the Best Cafe in Ulster at the All Ireland Final of Irish Restaurant awards 2022.

The awards took place in the Convention Centre Dublin (CCD) on Monday September 19.

BRØN scooped the top award for Best Cafe in Ulster after only being open two years this month.

"WE DID IT!" they wrote. "Last night we picked up the award for the best cafe in Ulster at the Irish Restaurant Awards.

"We are ecstatic and so so grateful to have been chosen as the winners. Thanks for a great night and to everyone involved including all of the other businesses who are doing amazing work. Celebrations are in order (after we recover from last night)."

BRØN is a popular Derry spot, situated on Bishop Street in the heart of Derry City. The cafe bar and restaurant serves meals for breakfast, brunch and dinner with a range of wines, cocktails, crafty beers, and coffee.

"We have surpassed previous years online public nominations with over 100,000 received in June and our Regional Events held in August and September in Meath, Cavan, Cork and Leitrim had almost 3,000 attendees.

"The Awards are an opportunity to celebrate the existing and up and coming talent in the sector and are a reminder that hospitality is nothing without the dedicated and passionate staff in the industry.

"We are delighted to have the Awards back up and running again and it has been a fantastic display of what the industry has to offer here tonight in the Convention Centre Dublin (CCD).”