FAI Cup Quarterfinal: 'On our day we can beat anyone' 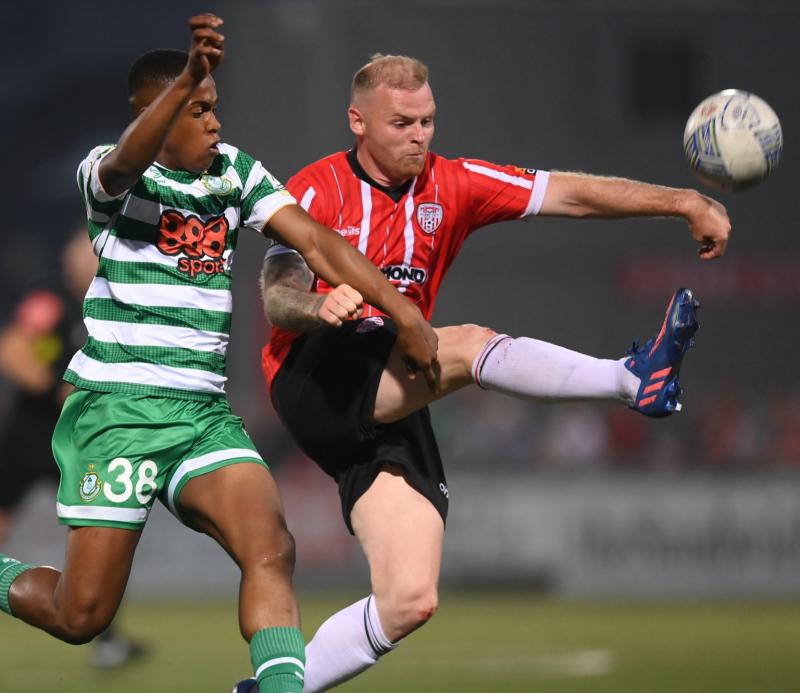 Mark Connolly believes that Derry City aren’t far away from silverware as he and his team mates prepare for the biggest game of the season this evening.

Derry City haven’t progressed past the FAI Cup quarterfinal stage since 2016, and they face the biggest obstacle possible if that is to change today. Wins against Shamrock Rovers have been scarce to say the least in recent years, but on the back of five successive wins and five successive clean sheets, the Candystripes are going into this evening’s game with confidence and momentum.

Connolly, who has helped the team to seven clean sheets in just nine games as a Derry City player, insists it is all a team effort.

“It’s a bit of luck,” he said. “The boys have been outstanding. Their work rate and the buying in to trying to be more solid, they have been brilliant. I don’t think it’s necessarily down to myself; the back four and Brian and even the boys in front of it, Pat McEleney, Dummigan, Sads, Patching, they’re working hard and they’re grinding out results.

“I would have preferred to be two or three goals up (against Sligo), but we’re grinding it out and if you keep getting clean sheets, nine times out of ten you’re going to win many games. We have the forward players to score goals so I’m just delighted with another win.”

Last Tuesday’s win over Sligo Rovers means that Derry City have beaten everyone in the League of Ireland at some stage this year, other than Dundalk. Tuesday’s game wasn’t exactly a thriller, but the three points more than made up for it from Connolly’s point of view.

“I couldn’t care what way we play as long as we win football matches,” he insisted. “I’m here to win as many football matches as we can. I want to win stuff. There are some outstanding football players at this football club, and on our day we can beat anyone. It’s the business end of the season, we have six league games left and we want to try and win them all.

“We’re in really, really good form, we’ve won five games in a row and we’ve kept five clean sheets so we’re getting there. We’re building something. The manager is bringing in players to win stuff and we’re not far away.”

Today’s game against Rovers has long been sold out, and Connolly is sharing in the excitement ahead of what could be another memorable night at the Brandywell.

“When the draw was made, I think everyone, and not just the Derry City and Shamrock Rovers fans, but the whole of Ireland looked at it and thought ‘What a draw that is’,” he continued. “It’s going to be a tough one. I know they’re playing on Thursday night and it’s going to be a tough game, but I’m pretty sure that this place will be absolutely bouncing on Sunday, and we want to give the fans something to go home with and cheer. If we’re at it on Sunday, we’ll not be far away.”

Much has been made about Rovers’ dauting fixture schedule, with the champions having to travel back from Belgium after their Europa Conference League Group game against Genk. But Connolly doesn’t believe that will be a factor.

“They have any amount of players there who they can chop and change so we certainly won’t be looking at it as if they’re playing on Thursday night,” he said. “We just need to be at it, and if we are, then I would fancy us, but it’s not going to be easy. It’s the hardest draw we could have got, but we’re looking forward to it and we just have to dust ourselves down and focus on Sunday.”