The U9 football tournament took place on Saturday. 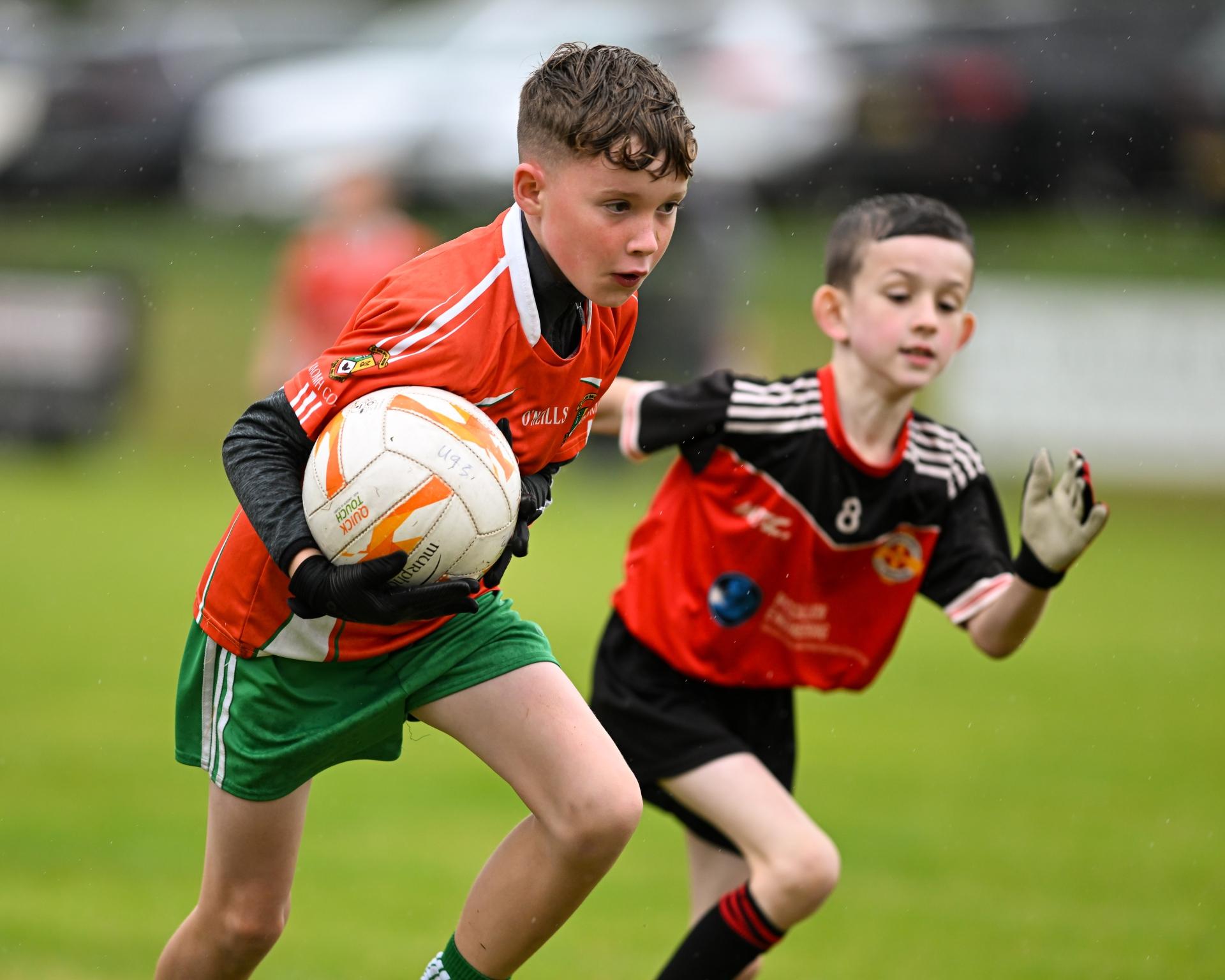 50 teams from 27 clubs all over Ulster braved the rain to take part in the Greenlough U9 football tournament on Saturday, with each team bringing two squads.

The winners and runners-up were as follows:

Player of the tournament: There was strong competition for this award from several players but with a tally of 2-5 in the final Daire McGlone, Magherafelt was a very worthy winner– He excelled throughout the whole tournament and is one to watch in the future.

Despite the weather conditions, the teams served up some quality football. Evey team got 4 group matches which then left them qualifying for either the Cup, Shield or Plate. Every team then got a least one knockout match.

A massive well done to the tournament co-ordinators, the referees, pitch officials, stewards and all the volunteers on the day.

Unfortunately, due to the weather conditions on Saturday night & early Sunday morning we made the decision to postpone the U10 Camogie Tournament on the Sunday. This will be rescheduled over the next 3 or 4 weeks.

All photographs by Cathal McOscar.