Praise for Queen’s efforts to advance 'peace and reconciliation' 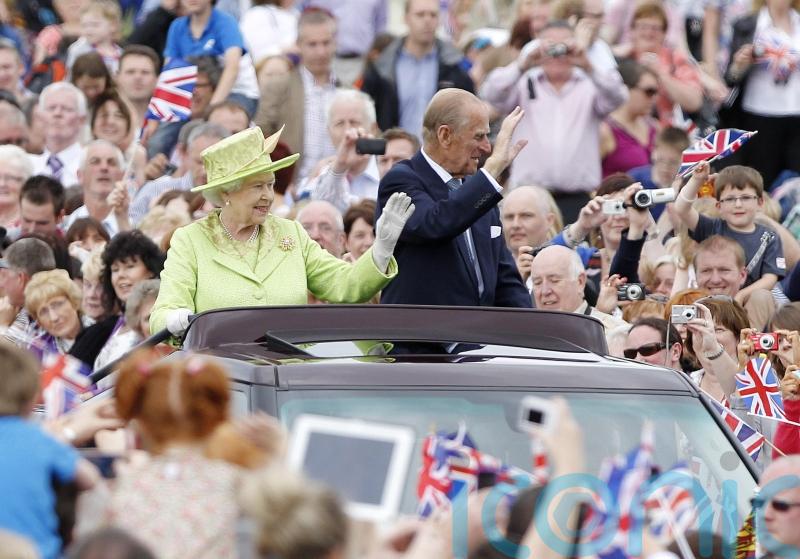 Praise for Queen’s efforts to advance 'peace and reconciliation'

The North's political leaders have paid tribute to Queen Elizabeth II, praising her efforts to advance peace and reconciliation.

DUP leader Sir Jeffrey Donaldson said the Queen had been a “steadfast and unshakeable head of state”.

Sir Jeffrey said: “Her gracious approach has been a constant throughout our lives.

“Today we mourn Her Majesty’s death, but we do so with tremendous honour for one who served God and her people faithfully.

“Her Majesty led by example in Northern Ireland and reached out the hand of friendship to help with the reconciliation process.

“We are duty-bound to build on that foundation.”

The DUP leader added: “The royal visit to the Republic of Ireland was ground-breaking and the warmth with which Her Majesty was received demonstrated that she was revered and respected far beyond the United Kingdom.

“Her visits to my constituency in Royal Hillsborough invoke precious memories for the residents and for all of us, and I know her death will be felt acutely in that village.”

Sinn Fein vice president Michelle O’Neill said she had learned of the death of the Queen with “deep regret”.

She tweeted: “The British people will miss the leadership she gave as monarch.

“I would like to offer my sincere sympathies and condolences to her children, and wider family as they come to terms with their grief.

“I wish to especially acknowledge the profound sorrow of our neighbours from within the unionist community who will feel her loss deeply.

“Personally, I am grateful for Queen Elizabeth’s significant contribution and determined efforts to advancing peace and reconciliation.”

Alliance Party leader Naomi Long said her thoughts and prayers were with the royal family.

Her unwavering service to the country and the Commonweath for 70 years were remarkable not just for their length but for her fortitude and graciousness throughout.

A remarkable woman who lived a life of devotion and service.

My thoughts are with her family at this time. https://t.co/KNvnEpVMdL

“They are mourning a much-loved mother, grandmother and great-grandmother,” she said.

“But while they have lost a matriarch, the entire country and indeed Commonwealth has lost a person who has been a figurehead and leader for 70 years. Her loss will be keenly felt by many.”

Ulster Unionist leader Doug Beattie said it was one of the saddest days the UK had ever known.

Incredibly sad news which will have an personal impact on so many people.
May I pass on my condolences, thoughts, prayers and those of @uuponline to the family and friends at this sad time. https://t.co/ps2Jj4RV3c

He said: “Without realising it, we have lived through a second Elizabethan Age, a reign which has encompassed massive political, social and economic change, the decline of empire, moon landings, Cold War, the decline of the old heavy industries and the growth of the internet and 15 prime ministers.

“Through it all she remained a constant and reassuring presence in the lives of the people of the United Kingdom providing both stability and continuity, and the sense of loss today is profound.”

SDLP Leader Colum Eastwood said: “My thoughts and the thoughts of all those in the SDLP are with Queen Elizabeth’s family at an extraordinarily difficult time.

Saddened to hear of the passing of Queen Elizabeth this evening.

I know her loss will be felt acutely by people across our island. Even the blessing of a long life does not make the burden of saying goodbye any lighter.

“The blessing of a long life does not make the burden of saying goodbye any lighter.

“I also want to extend my deep condolences to all those, across the world, but particularly in Northern Ireland for whom the Queen held a cherished place in their lives and their hearts.”

TUV leader Jim Allister said: “To the nation and almost everyone alive she has been an intrinsic part of our lives.

“Her steady leadership and devotion to duty have hallmarked a reign of unparalleled success.

“Adjusting to life without Her Majesty will be a major national challenge.”