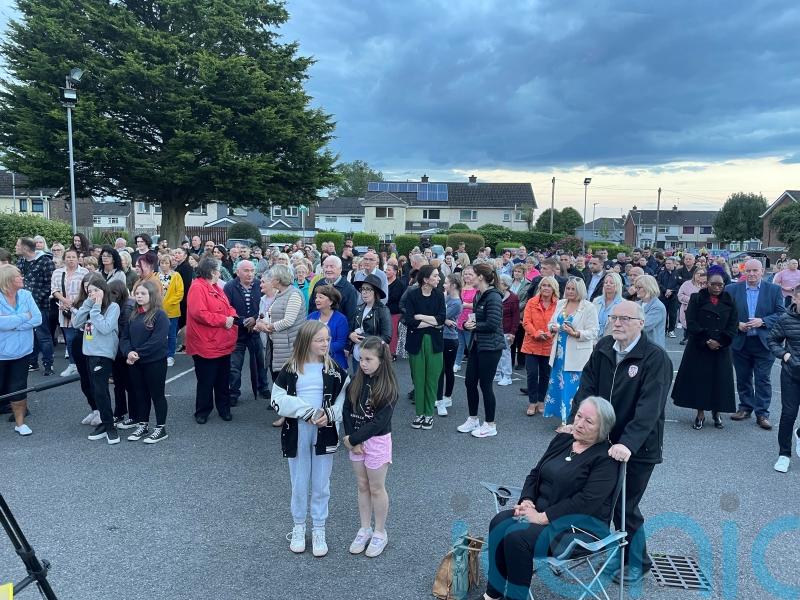 Hundreds of people have attended a vigil following the tragic deaths of two teenage boys in a Co Derry lough.

Those in attendance outside St Oliver Plunkett Church in Strathfoyle on Thursday evening held candles in memory of Reuven Simon and Joseph Sebastian.

The two 16-year-olds had been swimming at Lough Enagh on Monday evening when they got into difficulty.

The event, which was attended by several local politicians, began with songs from a folk group. 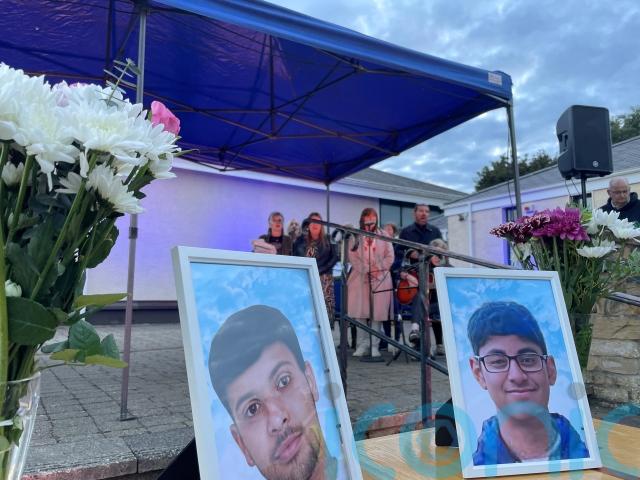 SDLP MLA Mark Durkan said the community had been hit by an “unspeakable tragedy”.

He said: “Two beautiful, brilliant boys, along with their four friends, went out for an adventure.

“Many of us will have done that in our own youth.

“This is a cruel reminder of the preciousness and fragility of life.”

Parish Priest Father Michael Canny led those in attendance in prayers and a moment of silence.

He said: “This is an opportunity to stand with the families which have experienced such pain and loss over the last number of days. 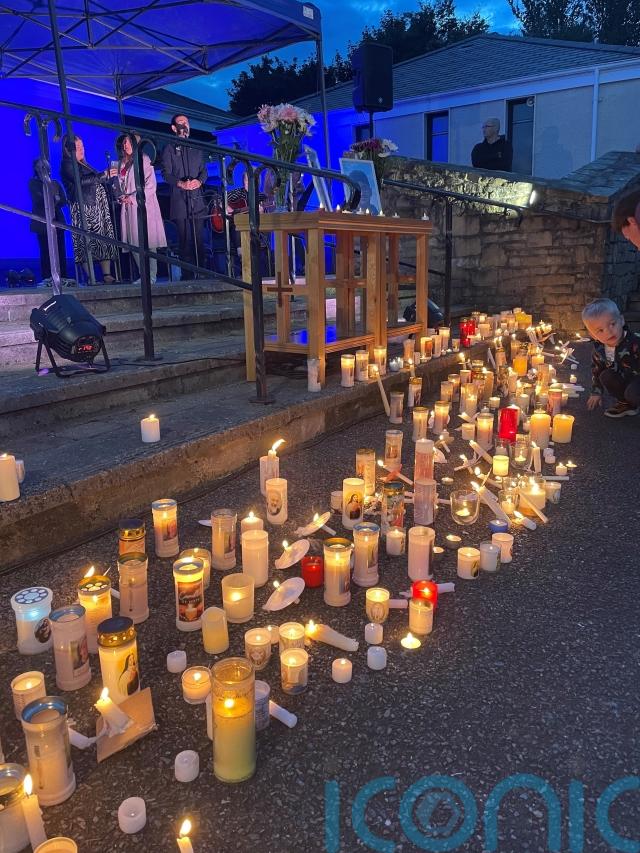 “These young boys are part of our community, one was born in India and came to live in our community at the age of three months, and the other boy was born in Altnagelvin Hospital, the same as so many of you here.

“They and their families have made this community their home and in the course of the past two days many thousands have paid their respects and stood in solidarity with these families.”

Mayor of Derry and Strabane Sandra Duffy told the vigil: “Coming together tonight, seeing so many people here in unity, gives me some comfort.

“We don’t have the words but we can come together and that gives us strength.” 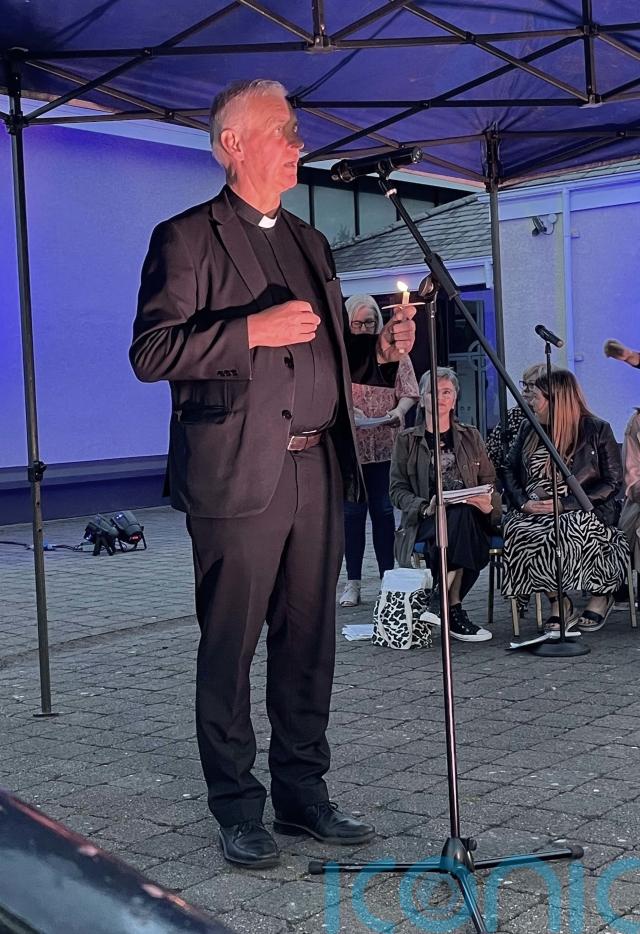 The event ended with those in attendance laying candles in front of portraits of the two teenagers.

Local man Ralph Dixon said the community had turned out to show support for the two grieving families.

He said: “I knew one of the fathers. We all stand together in this community.”

The two boys were from the city’s Indian Keralan community and had been due to return to St Columb’s College after receiving their GCSE results last week.

The boys will be laid to rest on Friday following a joint funeral service at St Mary’s Church, Ardmore.

The Mass will be conducted according to the Rites of the Syro-Malabar Church, incorporating the music and Malayalam language of India. 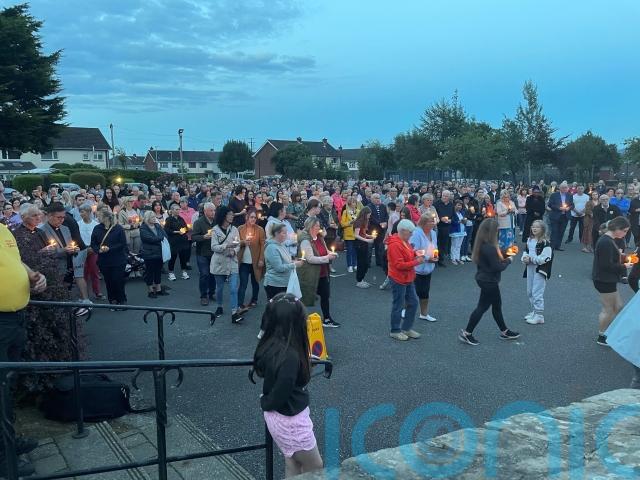 Flowers have been left at the scene of the tragedy and a book of condolence was opened at the Guildhall in Derry on Wednesday afternoon.

There have been calls to improve safety measures around the lough.

Foyle Search and Rescue (FSR) said there should be more warnings around how deep the water is, as well as guidance on what to do if you get into difficulty and better availability of life rings around the area.

Police are carrying out inquiries into the incident, but said they believe it was a tragic drowning incident.