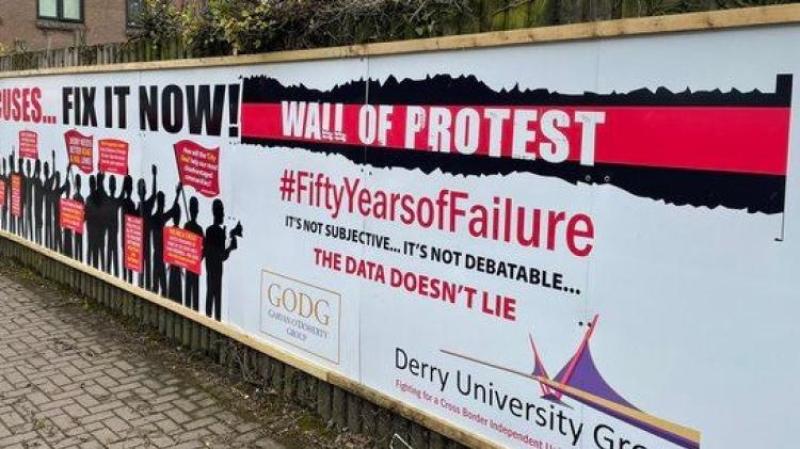 The group advocates for an independent third-level higher education institution here managed autonomously by the city-region.

Mr Downey added: “Colm Burke’s statement should be a clarion call to other local public representatives to weigh in behind this worthy campaign.

“Derry University Group welcomes his continued involvement in this campaign. He has been a good champion of a stand-alone university for the North West and his statement is to be welcomed.

The Cork North-Central TD said a range of North-South initiatives had effectively created more pathways in areas such as healthcare.

He added: “A university in Derry would only serve to enhance student exchanges across an array of fields.

“A cross-border university would encourage more students to apply and would promote the Irish Peace Process with a larger programme of North-South student exchanges.”

Two years ago, Deputy Burke proposed a motion to establish a cross-border university for the North-West to honour the memory of John Hume and encourage a North-South student exchange programme.

He said: “Since then, we have seen incredible progress with Minister for Further and Higher Education, Research, Innovation and Science, Simon Harris, opening a Technological University for the West and North-West.

“This has improved higher education access and spearheaded regional development by providing opportunities for students, local businesses and communities. Following this milestone achievement, I am inspired that we can continue to deliver for our students.”