MacD on Music: Live and Kicking ... last time, I promise 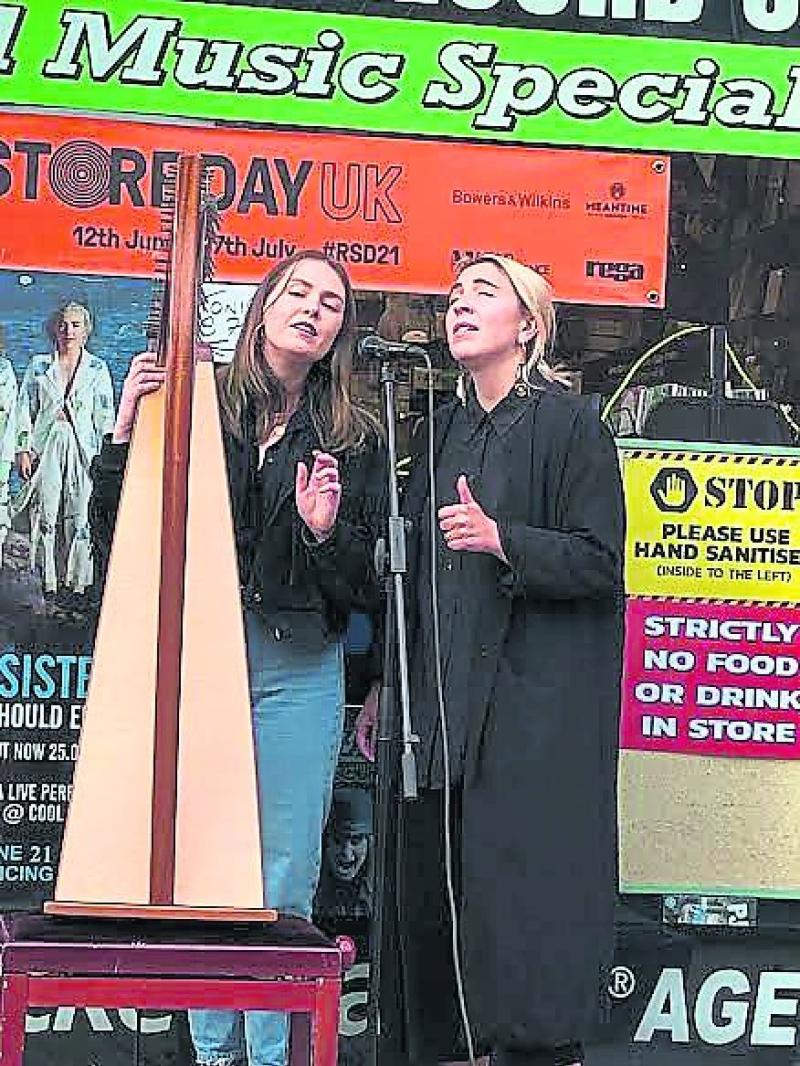 This week, to round off this trilogy, I’m going to write about some of the gigs, both local and not-so-local, that, for one reason or another, didn’t make the cut over the last two weeks.

Don’t worry, though, this is (probably) the last week of this. Next week it’s back to interviews.

Where: The Loft (Galway), The Delacroix, the Glassworks, Cultúrlann, Nerve Centre, outside Cool Discs   |   When: Many times since 2016

Saint Sister are one of the fastest rising groups to (partially) come from this town in recent years. I first caught them in Galway in 2016 and two days later saw them again here (yes, I drove 180 miles just to see them again).

They’re a group that continues to get better all the time, and their live shows are something else.

The last time I saw themperform with the full band was November 2019, in what turned out to be my last pre-lockdown gig, and, 700 years later, I saw them again in my first post-lockdown gig, outside Cool Discs on Foyle Street last summer, with just Gemma, Morgana and Gemma’s harp.

The past few years have seen them continue to grow, with opening slots for Keane and Tori Amos, as well as appearances on various TV shows.

They’re a group to watch in the next few years.

Howe Gelb
Where: Upstairs in Sandino’s   |   When: Sunday week past

My most recent concert (as of this writing), Howe Gelb was playing upstairs in Sandino’s on Sunday night week past.
It was an intimate show, all seated, with just Howe on piano and guitar and Mark McCausland (of the Lost Brothers) on guitar.
The music went perfectly with the setting, and comprised a mix of covers and originals.

It reminded me of early Tom Waits in places, particularly when it was just Howe and the piano.

The show also featured a couple of solo guitar pieces from Mark, which just added to the overall experience, especially when Howe joined him again at the end of the show for an unexpected encore.

Meat Loaf was a man who was guaranteed to put on a good show, even though his voice may not have been what it once was.
The first time I saw him was during that lovely, snowy winter of 2010, on the ‘Hang Cool Teddy Bear’ tour.

The show itself was something else, with Meat and Patti Russo (his musical other half since the ‘Bat Out Of Hell II’ tour) as the stars of the show.

My second time seeing him was a few years later, on the ‘Last At Bat Tour,’ his farewell tour.

This was a show in two parts, the first half consisting of the hits and the second half featuring ‘Bat Out Of Hell,’ played from start to finish. Although, by the time I saw him, his voice had lost some of its power, his showmanship never did.

The Darkness were one of the best hard rock bands of the early 2000s. Pretty much everybody knew ‘I Believe In A Thing Called Love’ and ‘Christmas Time (Don’t Let The Bells End)’ (arguably one of the last great Christmas songs).

When they got back together in 2011, I got to see them on the reunion tour when they played the Ulster Hall in Belfast.

The show was everything you’d expect from them, with Justin Hawkins going full Angus Young and getting carried through the crowd for an extended guitar solo.

And, being weeks before Christmas, towards the end of the show, they played ‘Christmas Time,’ with the crowd singing along to every word.

They’ve been together ever since, the only changes being the drummer, although they’ve now seemed to settle with Rufus Taylor (son of Roger, of Queen fame) joining three albums ago.

Where: Upstairs in Sandino’s   |   When: Before Christmas last year

I know, I know, I wrote about Parker in part one of this epic voyage, but they were only a third of this show. Now I’m going to write about the other two. This was one of my first on-job gigs after starting this column, and also served as my introduction to the music of Parker and Tramp (two groups regular readers will be familiar with). Tramp were first on and played a great set that closed with a cover of ‘Merry Xmas Everybody’ by Slade (see the column from January for a full review).

Parker, like I said, I already covered, so you already know how good they are. General Fiasco were the closers. They’re a group that practically everybody in Derry of a certain age will have seen live in the Nerve Centre. It was a night of nostalgia for a lot of people and, after the two years we’d just been through, was just what we needed.