Siobhan's letters to her daughter her 'golden thread to heaven' 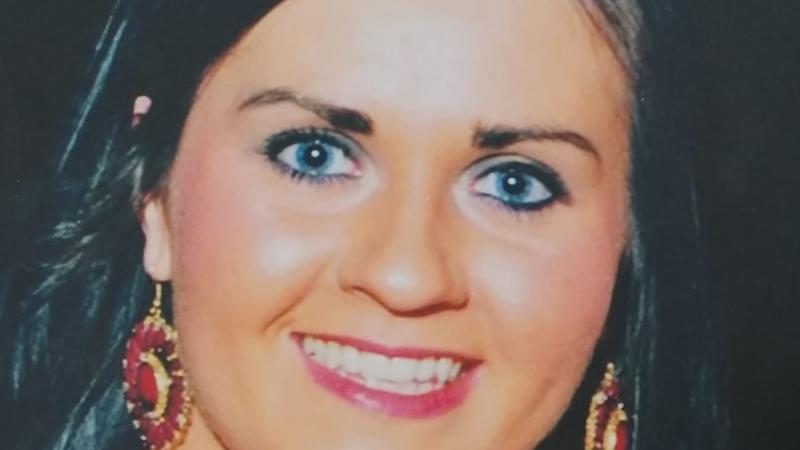 Sadness, grace and steeliness are etched on the face of Siobhan McHale.

Siobhan, whose mother Helen Dolan (née McLaughlin) hailed from the County Derry village of Claudy, has suffered two major tragedies no-one should have to bear, the deaths of her sister, Kathleen, and her daughter, Gemma, in horrific circumstances.

Siobhan has written about both in her book ‘Good Morning My Beautiful Angel’, which was published in May, on the tenth anniversary of Gemma’s death in an, as yet, unexplained road traffic accident. 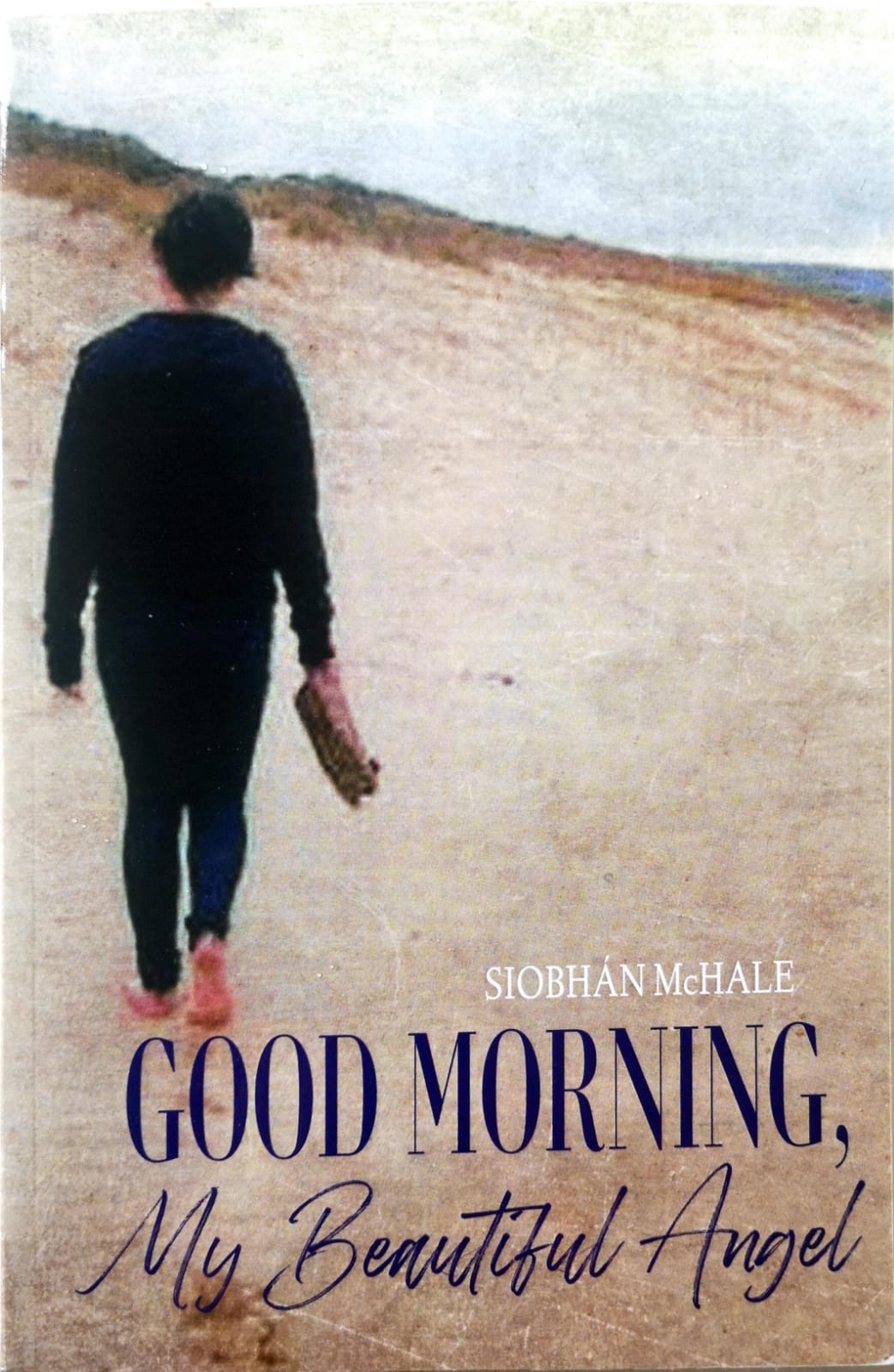 The cover of Siobhan's book 'Good Morning My Beautiful Angel'.

Speaking to Derry Now, her grief permeating her being, Siobhan described Gemma as very kind hearted and full of life.

“Gemma (20) lit up every room she went into. She had an infectious smile. She was stunningly beautiful but that beauty was not just from the outside, it radiated from a huge heart inside. She could not have hurt anybody. She always put other people before herself. She was very kind and considerate. She loved life and loved dancing and loved her style, especially her six inch heels because she was tiny.

“‘Good Morning My Beautiful Angel’ came about when I started writing letters to Gemma. Gemma was killed in a car accident on May 18, 2012.

“I would write to Gemma every morning and I would start my letters, ‘Good morning my beautiful angel’. After about four years, I wondered if I could do anything with the letters, could I maybe try a book?

“But I didn’t want it to be a book of just letters to heaven, so I decided to go back to when I was born. There is a bit about our childhood days. Then my sister, Kathleen, killed in a terrorist explosion on December 14, 1972, so I wrote about that as well,” said Siobhan.

Kathleen had just posted her wedding invitations in the postbox across the street from her family home, in the village of Killeter, in County Tyrone.

She was coming back across the street when a car bomb exploded outside her parent’s public house.

“We were actually all in the house. My three younger brothers and myself were upstairs in bed. We had just finished saying our prayers when we heard a loud bang. We pulled the bed clothes up over our heads and then there was an unmerciful explosion and we lay still in the bed.

“I remember looking out of the window and thinking, ‘If we can’t get out, I could  throw the bedclothes out to break our fall, the people in the street could catch us. I could hear screaming and the voices in the street.

“Then I heard this voice coming across the landing and this wee man, who was really like a member of our family, Tommy Logue, came across the landing striking matches. He took us down the stairs by the light of his matches because the electricity was out, except for the Sacred Heart lamp which stayed lit. That is incredible but that was the one light in the house that stayed lit,” recalled Siobhan.

Siobhan wrote about the Christmas Kathleen died in ‘Good Morning My Beautiful Angel’. She also wrote about “the ups and downs of life” after Kathleen’s death.

Kathleen’s father was Frank Dolan and her mother Helen’s family are still living in County Derry.

“My cousin, Gerard McLaughlin, who is married to Brigid lives in Claudy. I also have cousins in Derry City and out towards Coleraine. I also have a cousin in Clonmany and one in Letterkenny and  I would have a few cousins in Greysteel. My uncle Johnny and his wife Ellen lived in Greysteel.”

Siobhan then brought  ‘Good Morning My Beautiful Angel’ up to 2012 and two police officers standing at her door at 3 o’clock in the morning.

“Gemma had been in Mayo that day visiting Joanne, her sister,” said Siobhan. “We had spoken to her on the phone at half nine that night. 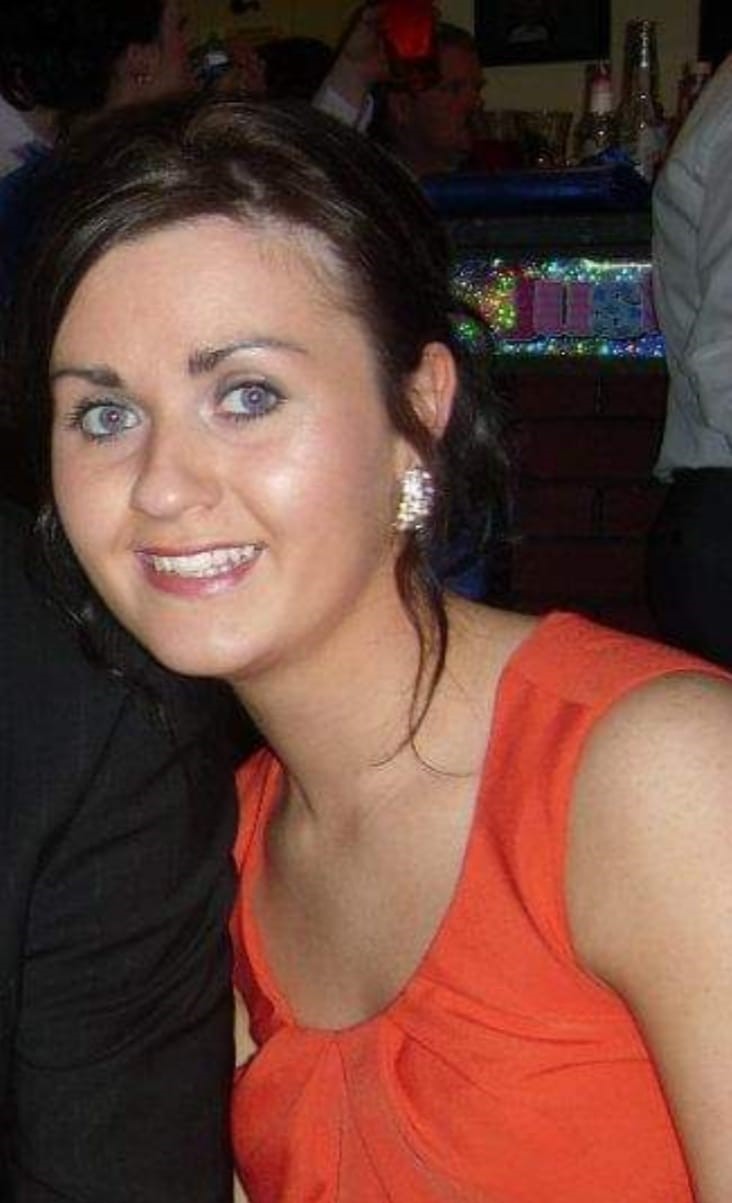 “My sister, from Ballyshannon, Christina, was sitting with us and we were watching the TV and that ad came on with the two police officers going to the door to deliver the news that someone had been killed in an accident. I said, ‘Would you put that off. I hate that ad’.

“Then at 3 o’clock that morning, there was a knock at our back door and we thought it was Gemma home from Mayo. Kieran [Siobhan’s husband] got up and he went to the back door but he suddenly realised the knock didn’t come from the back door. So he pulled on his clothes and when he got to the front hall he could see two people with two yellow coats on standing there, through the glass.

“He opened the door and there were two police officers there. They delivered the news that there had been a serious road traffic accident at Letter Bridge, near Pettigo and ‘your daughter is dead’. That  is exactly how he said it and he had a gruff voice,” said Siobhan.

When she heard the screaming, Siobhan went up the hall and Kieran was lying banging his head off the tiles on the floor.

“I said, ‘What has happened? What is wrong?’ And one of the police officers said, ‘It’s Gemma. She’s dead’. I started screaming then.

“The police officer hadn’t asked if he could come in. He just said, ‘Is this McHale’s’. He didn’t ask Kieran if he had anyone in the house with him. He just fired the fatal shot, just straight out. He was very ignorant in how he did it.

“We have actually discussed that with the PSNI since, how they deliver the news. There has to be a better way for all the parents and family members who are going to get that kind of news.

“Joanne [Gemma’s sister] asked at a meeting if they did role plays. The PSNI inspector said he had not done one in 27 years. That was a bit disappointing. To think the PSNI, people we put faith in to protect us and do the best for everyone, did not do role plays to equip them with the skills to impart terrible news in a more humane way,” said Siobhan.

Siobhan, Kieran and Joanne all shared the belief Gemma’s death was suspicious.

Siobhan said: “When Kieran went up to the scene of the accident that night, he just had this gut instinct that there had been another car involved.

“The PSNI inspector came out to the house after the funeral and he said there were different scenarios. He said Gemma might have been on her mobile phone. However, I knew in my heart and soul Gemma was not on her phone because I had travelled that road with her on the previous Saturday night previously and her phone pinged. We were on the Bridge and she said she was not going to stop and look at the phone because she said there was no service there.

“There were tyre marks on the other side of the road to Gemma’s. Gemma had to go up on the grass on her side. The key point in it all was when we got all the reports back, one said Gemma had dipped her headlights three to six seconds before she hit the bridge. So another vehicle was oncoming, veering towards her and Gemma had had to go into the grass to avoid this car,” said Siobhan.

Having been through Gemma’s inquest and a PSNI investigation, Siobhan is convinced the driver of the oncoming vehicle realised what was happening.

“I imagine there was drink involved, I don’t know,” said Siobhan.  “They veered to their side and they went up on the grass, that  is my opinion. Gemma’s car went into a spin and she hit the bridge.

“At Gemma’s inquest the coroner ruled out all the other scenarios. He actually travelled the road himself that morning before he gave his verdict. He said Gemma did not fall asleep because if she had, she could not have negotiated the bend she had just come round. He said he felt there was another car involved.

“The coroner asked if the press was available in the court that day.There were two reporters there and he said, ‘I want you to appeal for anyone who has information, to one person in particular, to examine their conscience’. So what does that tell you really?”

The PSNI has refused to release the detective’s report on Gemma’s accident,  carried out after her inquest, to Siobhan and Kieran.

Siobhan said: “It is very difficult to keep going knowing there are people out there who know what happened that night. 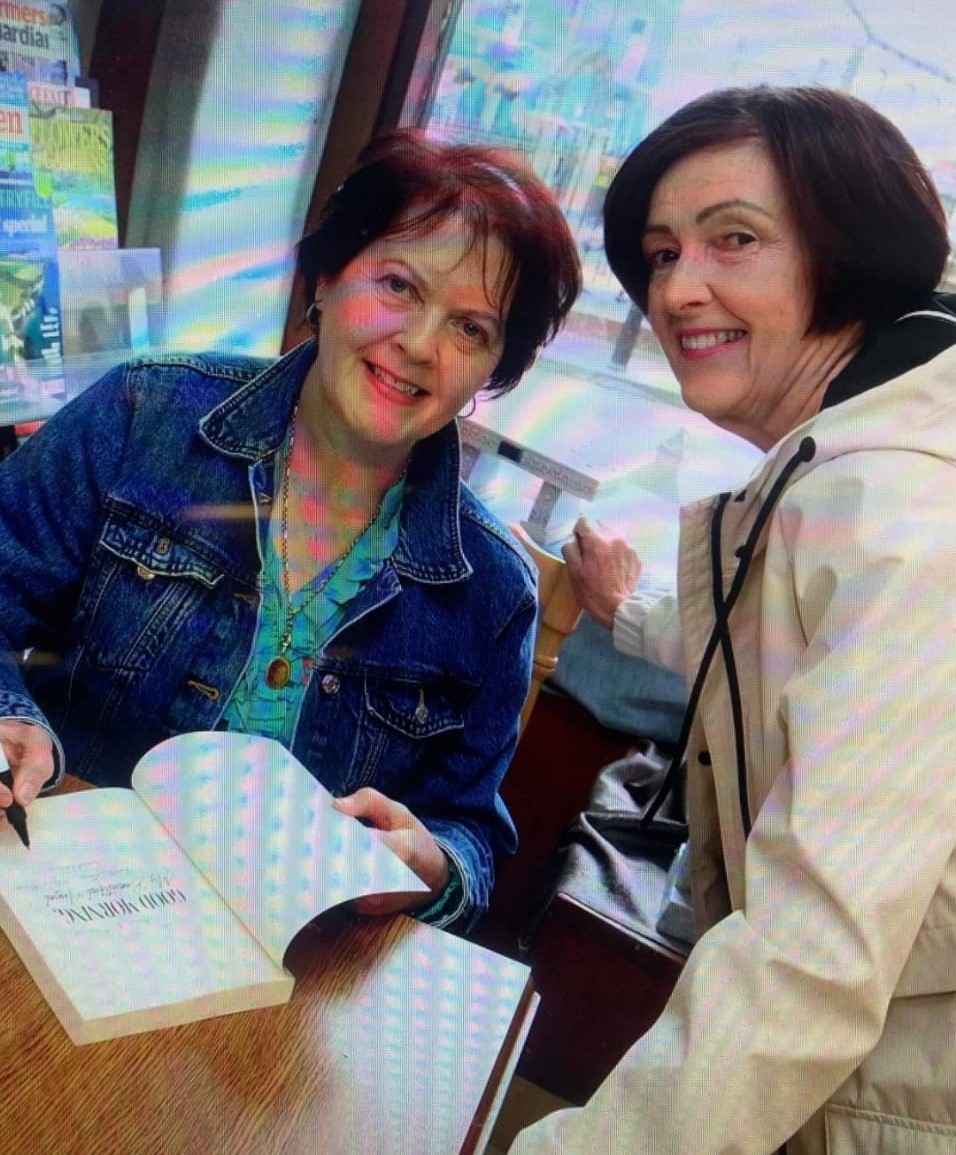 Siobhan signing a copy of 'Good Morning My Beautiful Angel'.

“If someone would just come forward and say what happened. I would just like somebody to tell the truth.

“There is no easy way through the grief of losing a child. Part of you goes with them. But, Gemma is very, very close. She brings me a lot of comfort when I am down and out. The letters are my golden thread to heaven, my line of communication with Gemma, which brings me comfort.”