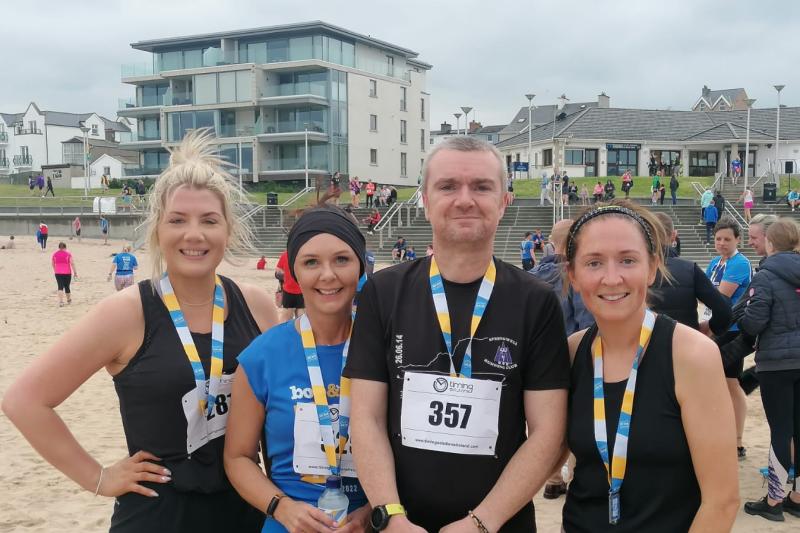 A group of women from Limavady will attempt their first Half Marathon in Derry next month in memory of their friend and family member Claire McMullan.

Claire sadly passed away at the end of last year following a courageous battle with cancer and the group decided training together to complete the Waterside Half Marathon would help honour her fighting spirit and raise funds for the ‘Friends of the Cancer Centre’ in Belfast Hospital where she received treatment.

Claire's friend Sharon McCorin explained: “We had talked for a while about doing an activity to allow us to focus on something, keep in touch as a group of friends and raise some money for the Cancer Centre in Belfast.

“Claire’s sister Michelle and I started doing some running in April and we eventually got a group of us out on a regular basis.

“Some of us had run some miles here and there but we are all novice runners and this will be our first major event.

“We’ve found the training very therapeutic and it’s a very healthy way for us to get out in the fresh air, improve our fitness and focus on a goal.”

The Waterside Half Marathon is returning to the parks, greenways and bridges of the Maiden City on Sunday September 4 following a three year Covid enforced hiatus.

The 2022 Half Marathon has the added prestige of being the Athletics NI / Ulster Half Marathon Championships for a third time meaning it will attract some high level runners from outside the North West area.

The race begins at the parade ground at Ebrington Square at 9.30am with over 2000 runners expected to take to the starting line.

It takes in both sides of the River Foyle, passing many of the city’s historic landmarks including its famous walls and the Guildhall before the chipped timed finish at the St Columb’s Park running track.

It attracts runners of every level and the Limavady girls’ main aim is to finish without the pressure of recording a fast time.

“We’re not pushing ourselves with every run, some nights we’re just putting one foot in front of the other and getting round, the main thing is that we are getting out four times a week to train and whatever time we record on the day will look after itself," Sharon continued.

“We’ve done some shorter events, we did the Foyle Hospice 5k in Derry and the Bob and Berts 10k Series in Portrush but this will be our first Half Marathon so it’s something we’re excited about.

“We’ve all noticed that we feel good and are much fitter, we even look forward to the longer runs now.” 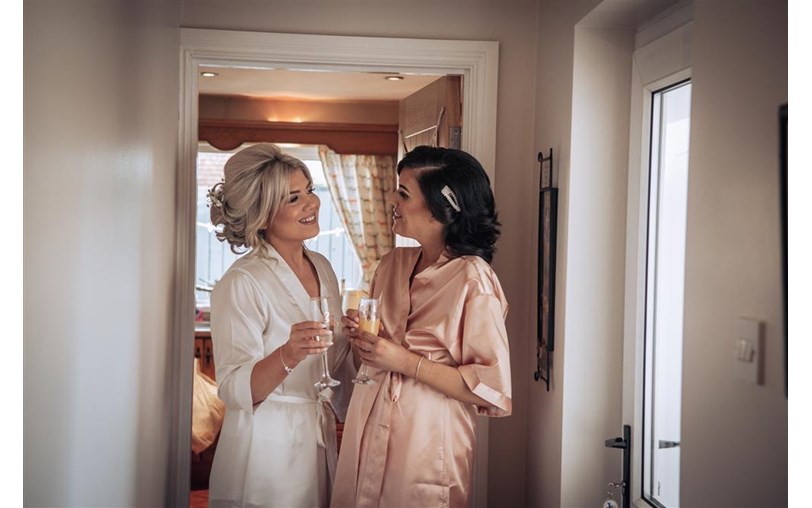 Michelle (left) and her beloved sister Claire who sadly passed away

"She put up the biggest fight and I’ll be forever proud of her and the strength she had throughout her illness.

"Anyone who knows her, knows what an amazing person she is. Losing Claire has changed my life forever.

"Training for this half marathon has helped me cope by setting myself a goal and making sure I achieve it.

"Myself and a few close friends started training in February and I wouldn’t be where I’m at now without their amazing support.

"Any amount you donate will be fantastic and greatly appreciated."

You can donate to the girls fundraising effort at Michelle’s Derry Half Marathon Fundraiser page on Just Giving: https://bit.ly/3zVZX0t