"The scheme is great, but ideally it shouldn't be needed, things need to change" 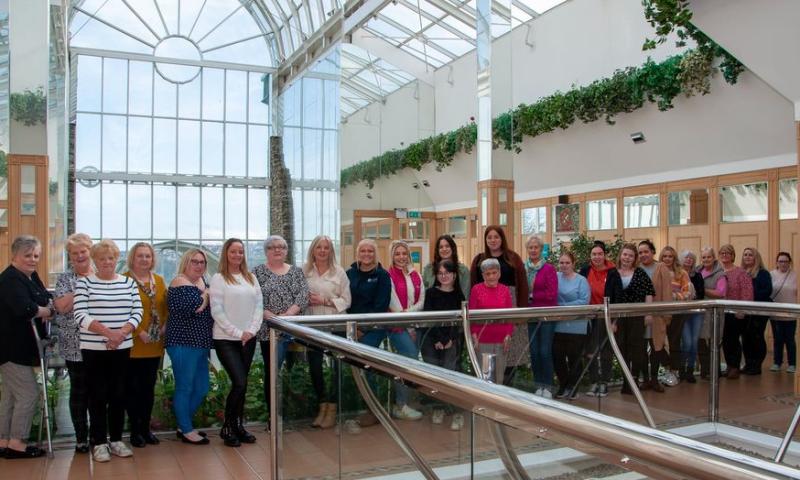 Focus Project, based in Rath Mor, is powered by volunteers from the community

A school uniform scheme based in Creggan that was introduced to help parents struggling with the high cost of uniforms is expecting increased demand by the return of the school year.

Focus Project, based in Rath Mor, offers a wide variety of schemes and 'lifelines' to support people who may be struggling with expenses such as food and fuel costs.

The uniform scheme, funded by St Stephen's Green Trust, was founded in 2020, directly before the pandemic hit.

The volunteers at the project have noticed that those who have never needed financial assistance before are finding themselves in need this year.

Amie Gallagher, Focus Project coordinator, explained: "The uniform grants come in around the end of July and then people realise it really doesn't go that far. That's when we start to get the requests flooding in, especially on blazers and things; items that are that wee bit dearer. It depends on what school as well, some of the school uniforms are more expensive so the grant really doesn't go far at all.

"A lot of people we find it is because they have more than one child or working families that don't get the grant at all. It is a massive expense over the summer months and people just don't have that extra income at the minute with everything else going up in price."

However, with school uniform items increasing in price with inflation, alongside specific items such clothing with school crests, Amie says that the grant sometimes only covers a blazer and jumper.

Amie continued: "Working families are finding it tough; they are often not entitled to any help and you can see where the frustration is coming from for a lot of families.

"The fact that working families are struggling and that there is slowly becoming a normalisation of charity, it's awful. We shouldn't have working poor or food banks. You just think, 'where does this end?'"

"You often have two parents going out to work and they are not able to cover basic bills, never mind the added expense of uniforms. It is so good that the community is able to step in and it does step in, but it shouldn't have to.

"Schools need to have a bit of leeway given the times we are in; there are loads of things that can be reviewed. Kids shouldn't be getting sent home if they have the wrong uniform in times like these. Crested items and specific colours add expense and a little more understanding is needed this year if kids don't have the exact item."

Amie said that it is local families supporting local families and if they can take the pressure off families, it is worth every minute. She believes we need to keep the pressure on the topic so that real change is made and uniform poverty is not forgotten about once summer is over, "This is a problem for families every year, it gets a bit of attention from the government and then it goes away," Amie added. "We need to look this year and see if there is something we can do to make next year a bit better, hopefully- that is the goal."

There have been many calls by local councillors and MLAs demanding the Executive help families with school uniform costs.

Ahead of the meeting, Councillor McGinley had said that families urgently need an Executive up and running so that real-life issues such as cutting the costs of school uniforms can be addressed.

Councillor McGinley said: “Workers and families are already struggling with the rising cost of living and the price of fuel and electricity, paying out huge amounts for school uniforms will only add more pressure.

“The recent increase in the uniform grant is welcome, but more must be done to support families with rising uniform costs. We need a long-term solution.

“There are tangible measures that an Executive could be taking to reduce uniform costs with the relevant ministers working together on a cross-departmental basis.

“That isn't possible while the DUP continue to block a return to power sharing and it is ordinary families who continue to pay the price.

“That is simply unjustifiable. We need an Executive up and running now so that we can start to put money in people’s pockets and implement a plan to cut the costs of school uniforms. One party should not hold that important work to ransom.”

The motion passed unanimously at the Council meeting on July 28, with an addition from Councillor Maeve O' Neill to include conversations with schools on how school uniform costs can be reduced to support families locally.

Uniform donations for the Focus project can be made at any time to the designated box outside Eurospar in Rath Mor.

The uniform scheme can be accessed in the Family Room of Rath Mor Centre in Creggan, every Tuesday and Thursday from 10.00am until 1.00pm.