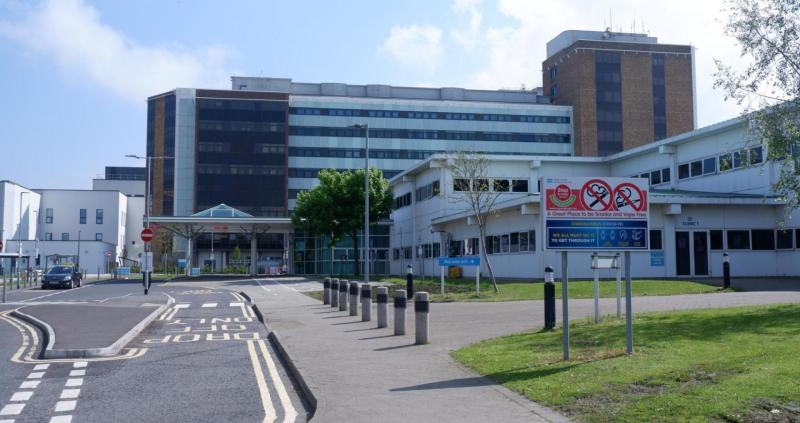 The median time spent waiting from arrival at ED to admission to Altnagelvin Hospital rose by over 81%.

The length of time patients attending emergency departments (EDs) in County Derry's hospitals has risen, despite a fall in the numbers presenting.

Figures released by the Department of Health (DoH) have shown an increase in average waiting times at Causeway, Altnagelvin and Antrim Area Hospitals.

All three of County Derry's hospitals recorded a waiting time below the NI average of one hour 16 minutes.

Less than half (46.1%) of patients attending Antrim Area met the four-hour target set by the DoH, with 55.2% in Causeway and just 33.3% at Altnagelvin. All three figures were lower than the previous year.

There were also reductions in the percentage of patients commencing treatment within two hours of triage at the three hospitals.

At Antrim Area, 57.3% of patients were treated within two hours of triage, with 58.4% the figure in Causeway and 58% at Altnagelvin.

Increases in the median time a patient spend in hospital from arrival at an ED until they were either admitted to hospital or discharged were also recorded at County Derry's hospitals.

In Antrim Area, patients who were admitted to hospital spent a median of nine hours 36 minutes in an ED beforehand – a 30% increase on 20/21's seven hours 24 minutes.

Those who were discharged from hospital waited a median of three hours and 50 minutes in an ED, a 36% increase on the previous year.

At Causeway, the median time spent in an ED before admission was 12 hours and 10 minutes, a 54% increase on the 20/21 figure of seven hours 55 minutes.

Patients discharged from Causeway Hospital waited a median of three hours 17 minutes in an ED last year, a 27% increase.

The highest median waiting time of the three – and indeed the highest in NI – was at Altnagelvin, where patients waiting to be admitted spend a median of 19 hours 52 minutes at an ED.

The figure marked a huge 81% increase on the previous year's figure of 10 hours 58 minutes.

Patients waiting to be discharged at Altnagelvin spent a median of four hours 47 minutes at an ED, an 18% rise from the previous year.

The at times significant increases occurred in a year where attendances at County Derry's three hospitals fell by just under 6%.

A DoH spokesperson said the introduction of new urgent care services may have been behind the drop in patient numbers.

“This statistical release includes information on two new urgent care services (i) PhoneFirst and (ii) Urgent Care Centres, which were introduced in late 2020, to assess patients’ needs before arrival at an ED, and ensure they receive the right care, at the right time, and in the right place, outside ED if appropriate,” they said.

“These new services may in part help explain the reduction in the number of patients attending Eds.”

Overall, the median time spent from triage to treatment in Northern Ireland was one hour 16 minutes, an increase on the 20/21 figure of one hour.

Last week, the DoH issued a public plea urging patients and families to help them with hospital discharges by taking their loved ones home if a doctor has deemed them medically fit.

“Timely discharge from hospitals will help our health service deal with severe and ongoing pressures,” said a spokesperson.

“Staff continue to do their best to provide hospital care to all those who need it.Hospital patients and their families can play their part by supporting timely discharge - helping to free up much needed beds.

“The service is currently under severe pressure with demand on hospital services escalating over the past few days.

“All of our hospitals are working beyond capacity at present with many very ill patients waiting for hospital beds.

“Staff are continuing to work hard to ensure that patients receive the treatment and care that they need.

“To help them, we are asking that patients do not remain in hospital any longer than necessary and we also need families to provide transport to transfer loved ones from the hospital in a timely manner when required.

“The HSC system is in very challenging times and we are asking you to help us so we can help others who are very ill and need a hospital bed. Put simply, we need your support urgently.”

Dr Paul Kerr, Vice President of the Royal College of Emergency Medicine in NI, said the NI government needed to take 'meaningful action' in the wake of the statistics.

“To see these figures in the middle of summer makes for grim reading and causes serious apprehension for what is to come as we approach winter,” he said.

“The difficulty in discharging patients from hospital is causing exit block, where patients are unable to move through the system in a timely way.

“These queues extend outside the Emergency Department with our paramedic colleagues queueing in ambulances for hours with patients.

“Emergency Medicine staff and our paramedic colleagues face stress, distress and moral injury daily in this crisis. It is extremely difficult.

“Many staff are burned out and exhausted. They recognise the frustration that patients feel given these long waiting times.

“The data shows waiting times to be seen are dramatically increasing, and the sickest patients face the longest waits. 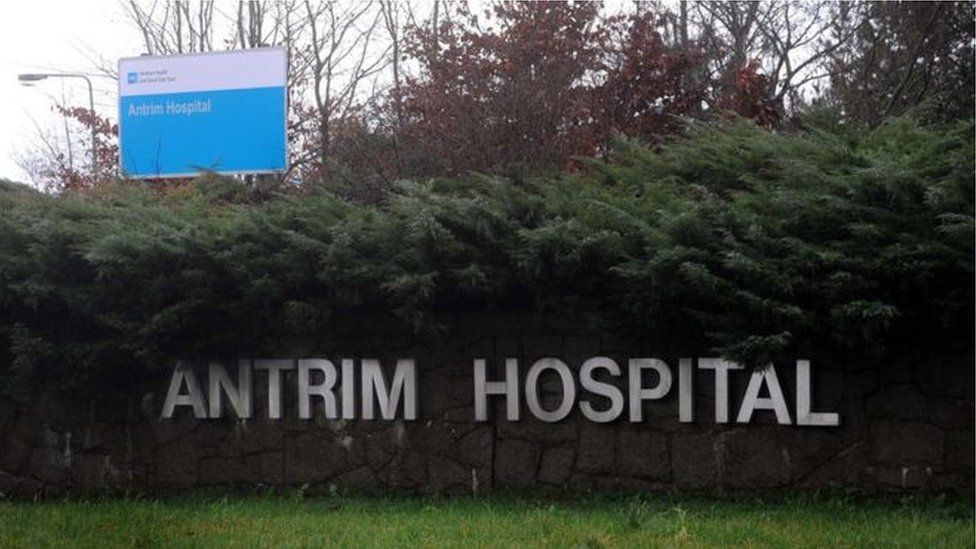 “The government must prioritise tackling this crisis. Patients are suffering and coming to harm and staff are overwhelmed.”

Dr Kerr said tackling the issue of staff recruitment and retention was at the heart of the issue.

“We must see action to tackle exit block and improve flow,” he said.

“The first step is to recruit and retain staff in the social care workforce and ensuring they are valued and respected – adequate social care staffing will help the vulnerable patients be discharged in a timely way, freeing up beds elsewhere in the system.

“Too many shifts have too few staff, it is unsustainable, and we urgently need a long-term NHS workforce plan in Northern Ireland that ensures the retention of existing staff while recruiting more staff.

“We must see meaningful action from the government to tackle this crisis, especially ahead of the winter months.”