“Did you know Radio Free Derry was heard as far away as California?” smiled Eamonn Melaugh.

He was recalling the pivotal role the iconic pirate radio station played in keeping Derry people informed about what was happening in their communities during and after Operation Motorman. 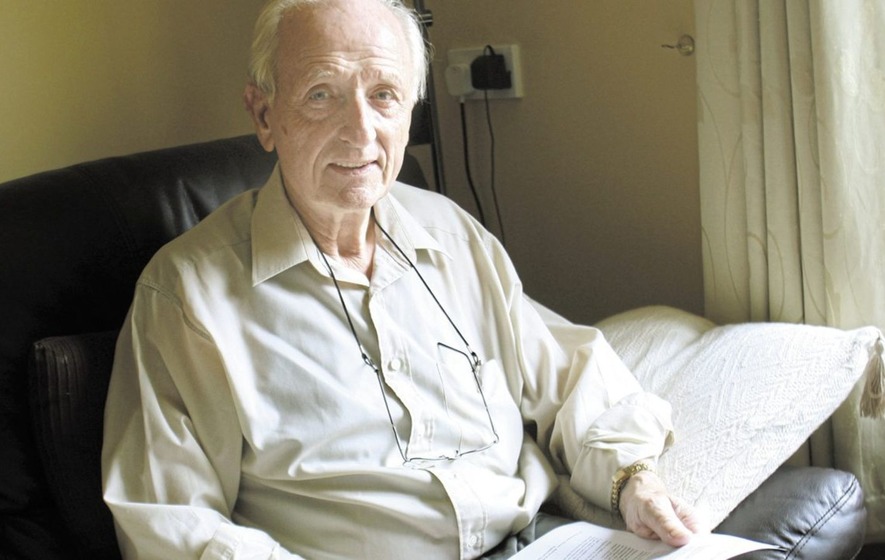 'We kept Derry people informed about what was happening in their communities during    Motorman' – Eamonn Melaugh.

With a glint in his eye, Eamonn said: “Wait till you hear this for the craic. A woman stopped me about a week after Operation Motorman and said her sister in California had been listening to me while I was on air.

“Radio Free Derry was a wee tin box. We operated out of the High Flats, up at the top. I laughed and said I didn't think our transmitter would have got Radio Free Derry as far as the United States. It turned out her sister had phoned from California to see what was happening in Derry, so she held the phone up to the radio and I was heard across the Atlantic. She listened to my voice.

“As I recall, Eamonn McCann got this heap of junk [broadcasting equipment] and he gave it to me. I went up to the top of the High Flats. There was a room there where they stored water and I operated from there at the start of Operation Motorman. Radio Free Derry went on for about a week.

“There was no-one else prepared to go on the radio so I said I would do it. I could not see anything from the room I was in, but I had a couple of people running to me with updates about what was going on. They would come in and tell me what was happening,” said Eamonn.

Radio Free Derry broadcast music in between its news bulletins.

“We had an old wind up gramophone,” he said. “I played the records which I would have had in the house; classical and semi-classical music.

“The first broadcast was done in Circular Road and I had to go out to a nearby field and hang the aerial up on the branches of the nearest tree. It was madness but it was a propaganda weapon, broadcasting to Derry and the diaspora as far away as California.”

Eamonn described Motorman as a disaster, both for the Derry people and for the British government.

He said: “There is no problem known to mankind that cannot be solved by clear thought and a willingness to compromise, but both sides had dug in by then. I was very politically active then and both sides were unwilling to make any compromise whatsoever so what happened, I do suppose, was inevitable.”

Speaking to Eamonn, it was evident the horror of Bloody Sunday (January 30, 1972) had left a lasting impression on him and a clear appreciation of the degree of lethal force the British army would employ to achieve its aims come Motorman.

One can only imagine his feelings were widely shared by people here in the city in the lead up to July 31, 1972.

“I knew what the British army was capable of doing when it came onto the streets of Derry during Motorman,” said Eamonn.

“On Bloody Sunday it was sent in to try and frighten people off the streets and the way to do that was to murder.

“After that, moderation went out the window on both sides. People became very angry and very militant. People had been shot for no other reason than they were on the streets protesting. In my eyes, the sixth commandment, 'Thou shalt not kill' is sacrosanct.

“On Bloody Sunday, young Hugh Gilmore was about six feet from me. He was along with two girls when the British soldiers came in. They went round to the courtyard of the High Flats and were across the street.

“Young Gilmore (17) said: 'I'm hit, I'm hit' and I saw him running away from me. He started to stagger and then I knew something was badly wrong. I ran after him and he got around the corner of the High Flats and he collapsed.”

Eamonn remembered a palpable sense of fear and anger in Derry about Motorman.

“Young Hugh Gilmore was killed for no reason. The actions of the British army on Bloody Sunday were fresh in the memory, and on the day of Motorman there was a lot of fear and apprehension here.

“Quite a few people left the town and went out to friends in County Donegal, such was the real, sincere, genuine and justifiable fear. The fear that a repeat of Bloody Sunday was always a possibility.

“The week before Bloody Sunday, I was on Magilligan beach and we saw at first hand what the first battalion of the Parachute Regiment was capable of. One of the fellas killed on Bloody Sunday, William McKinney, was a very keen photographer, like myself. He came to me and he said, 'What do you think of that regiment?' I responded: ‘God help us if we are ever up against that regiment on the streets of Derry. You could not have met a nicer fella than William,” said Eamonn.

“There was inbuilt evil sectarianism. I set out to smash that. I took over the mayor's chair and held protests. We went to council meetings but it was a bit disappointing. The unionists would walk out en masse but the nationalist councillors just sat there and never said a word.”

Eamonn, perhaps sensed the inevitability of the events of August 1969 and the Battle of the Bogside.

“I was the first person in Derry to join NICRA. They came to Derry reluctantly. They wanted to fight the battle on the legal front. But I said, 'No. It is going to come to confrontation', he said.