The Draperstown woman met her aunt off the boat in New York. 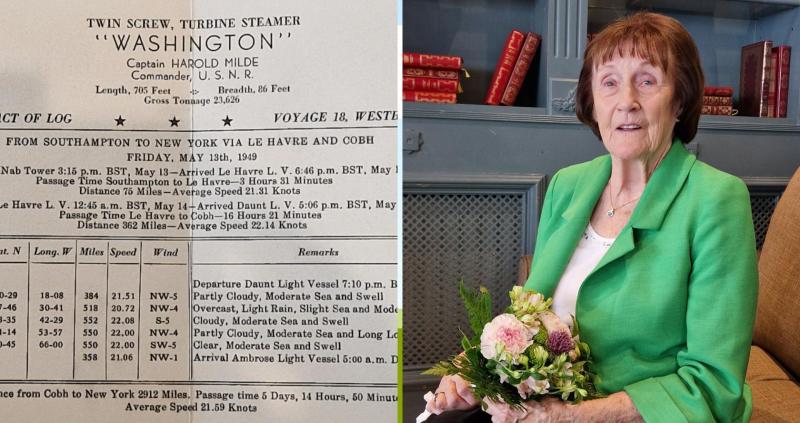 April 1949 saw the historic signing of the NATO treaty. Ireland was officially declared a Republic that year, and the world was slowly emerging from the effects of the second World War.

Yet a brave 17 year old girl set off unaccompanied to make the transatlantic journey from the townland of Doon outside Draperstown to Connecticut, USA.

Born on July 22, 1931 into a family of seven girls and two boys, Vera Costello was independent of spirit from birth.

“I was baptised Rosella Costello, but I am known as Vera to my family. I went to primary school in Straw, I remember Mrs Donnelly taught me.

“There were only two rooms at the school, and I loved Mrs Donnelly, I learned everything from her. Mr Maloney used to shout at us a lot more, and used the stick, but Mrs Donnelly never needed to use the cane. 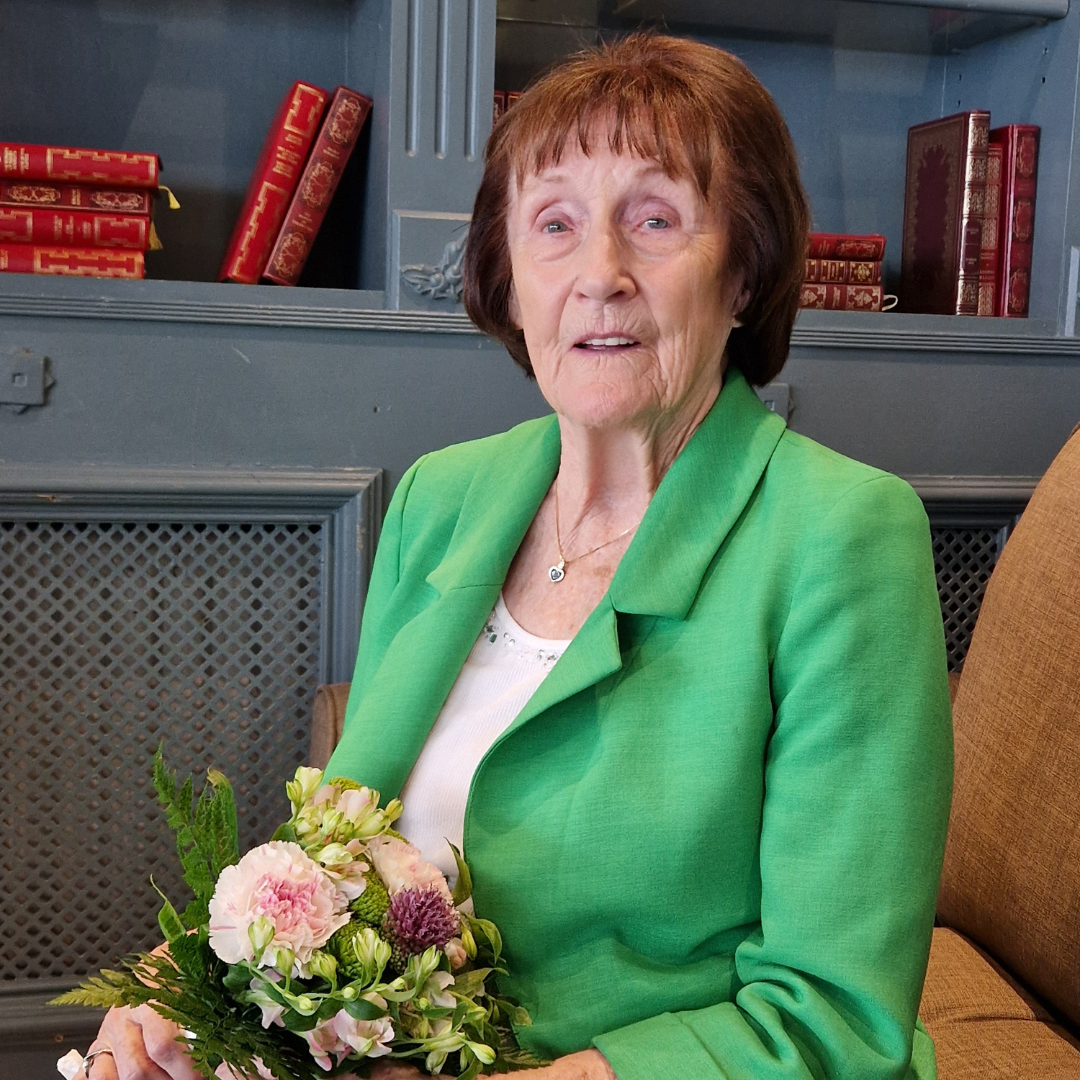 Vera O'Toole remembers leaving Draperstown in 1949 to make a new life in America.

“Once I finished in Straw that was my schooling finished. I worked on the farm at home. My great aunt had written to the Parish Priest asking him to contact the family because she wanted someone to go out to her in America, and I just remember saying 'I want to go, I want to go' and so they let me go,” smiled Vera.

At the age of 17 Vera set off from Doon to Cork to make the sailing to New York. Today it would take six hours to travel to Cork by car, so it was an arduous enough start before even reaching the boat.

“A man called Jim Joe Kelly from Straw drove us from Doon to the Cobh of Cork by car. Myself, my oldest brother John and my mother and father made the journey down. I don't know why it was him who drove us – I suppose he had a car and so they asked him,” she smiled.

“We drove to Cork in one journey, no sleep over or anything. I took the tender out from the dock to the ship and they turned around and went back to Draperstown and that was it.” 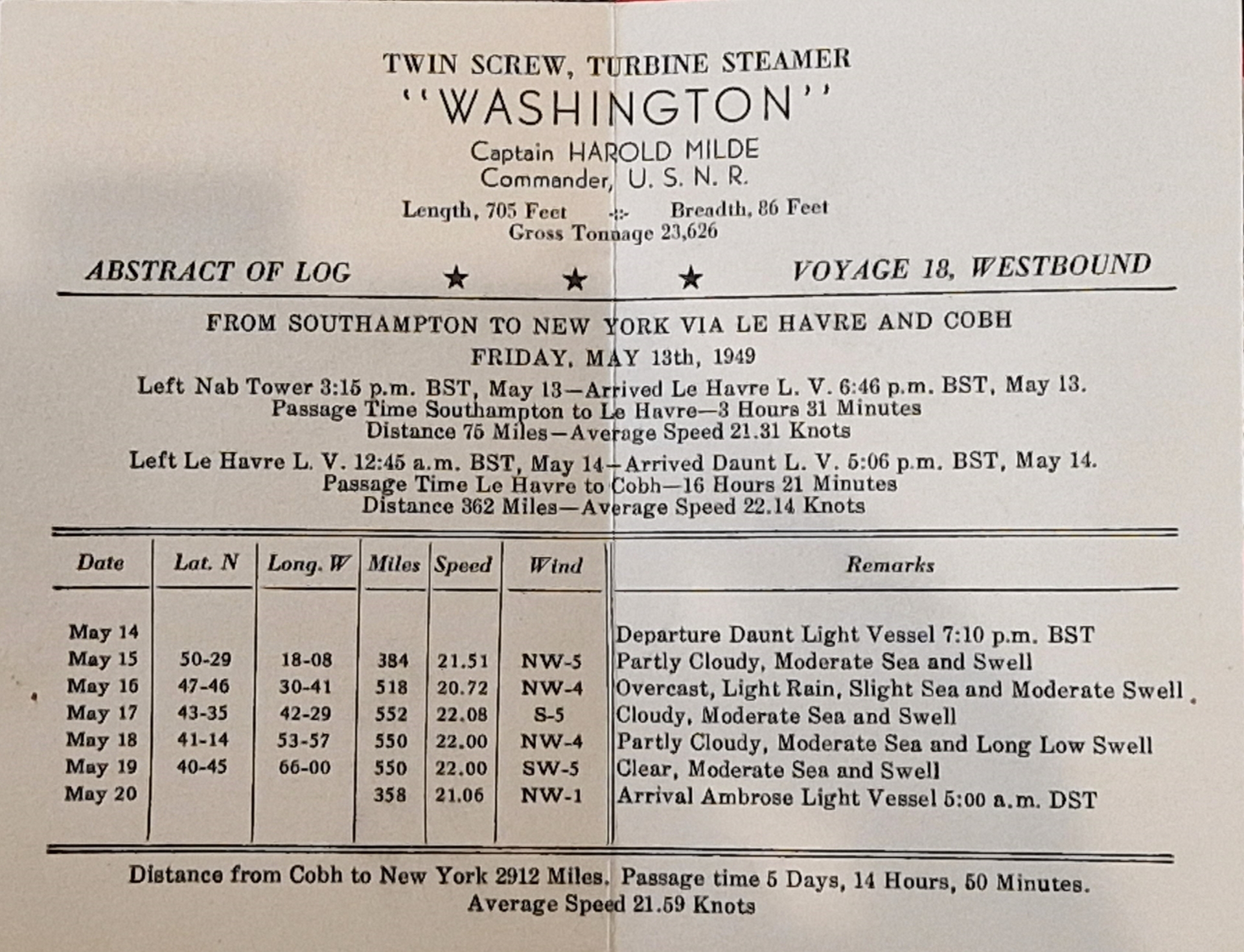 An abstract of the ships log from Cobh to New York in 1949.

Vera travelled on the S.S. Washington which set off from Southampton to New York via Le Havre and Cobh. The log declared the seas as moderate and Vera remembers sleeping in bunks and playing shuffleboard on deck during the eight day journey.

“It was pouring with rain the day I arrived, I still remember that,” said Vera. “My aunt met me and we went on to Connecticut. I soon found work. I worked in a restaurant for six months, then I went to the hospital and learned how to take x-rays. I worked in the hospital for around ten years.”

“In the beginning I was lonesome I would say. My great aunt was an old woman, her husband had died and she had no children. She was from Slaughtneil direction originally.

“I was probably home sick, but I filled in my time by going to the movies a couple of times a week and I put myself through night school as well.”

The five-year-old will have her hair cut on Thursday.

Vera inevitably met the love of her life in Connecticut and was married to Matt O'Toole in 1952. He was born in America to Irish parents, his mother was from Kerry and father from Galway.

“Well, he was a policeman,” said Vera. “Tall and handsome,” she smiled widely.

“We set up home and had our son Michael and daughter Cathy there in Connecticut then we decided to move.

“We left Connecticut and went to live in Arizona for a while in September but it was a bad time. There were no jobs and the heat was unbearable at that time of year.

“His mother, sister and her husband came with us but it was just too warm so they went on to LA and found work there and so we all went from Arizona to LA and joined them.

“After we moved to California we had our daughter Paddy (Patricia) there and that completed the family. I couldn't work in California because I had no one to mind the kids, and so I started babysitting for other families.”

Vera had planned to be in Ireland for her 90th birthday last year but with travel restrictions still in place because of Covid 19, the visit was delayed and she is now celebrating her 91st birthday with family and friends in Maghera.

“Travel is so easy now, people can go anywhere. I have travelled a lot over the years. In 1979 with my two daughters, we left California, went to Connecticut then over to Manchester to my sister. We then went down to London and onto the Eurotunnel into France. We travelled right across to Barcelona. That was a great time.

“I've been to New Zealand, Australia, all across the United States. I suppose having travelled the world I have to say my favourite place is where I live now, in California. It is beautiful and my neighbours are nice,” added Vera. “But I still say I'm going home meaning going to Ireland – home is here,” she smiled.