The South Derry man was well known for his volunteer work. 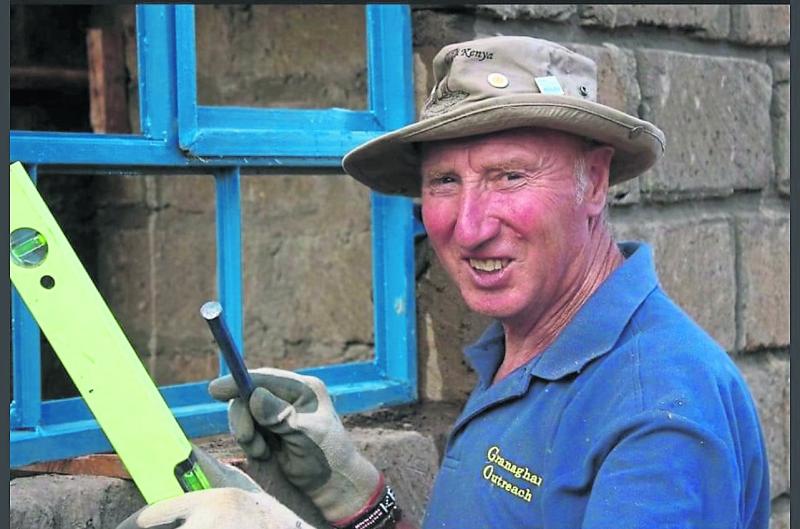 John Mulholland, who passed away last week, was a valued member of the community.

A popular County Derry man who passed away last week has been described at his funeral as 'a community man who served all with a labour of love'.

John Mulholland, from Slaughtneil, passed away on Wednesday, July 6 and was laid to rest on Saturday following Requiem Mass in St Patrick's Church, Glen.

The south Derry man was well-known for his volunteer work with Swatragh-based Granaghan Outreach and also Drumnaph Nature Reserve outside Maghera.

One of the founding members of Granaghan Outreach, Mr Mulholland had travelled to Kenya every year with the group.

Granaghan Outreach paid its respects saying they were 'deeply saddened' by the passing of their 'dedicated and esteemed volunteer'.

“John played a massive role in all our trips since our charity was formed in 2006, we extend our sympathy to his family and friends,” said a spokesperson for the group.

A guided walk of the reserve was held earlier this week.

Drumnaph Nature Reserve said John 'contributed so much to the community that his legacy is literally everywhere'.

“You don't meet many people like John. He worked and volunteered at Drumnaph for years. He helped create all the new trails on the Reserve and the car park, he built the community garden and always turned up to our conservation days. At the lantern walk, John was there in high vis directing traffic. Not only did he volunteer for the community but he also went to Kenya every year for several years with Granaghan Outreach to build new classrooms for schools. What a legend. He became a friend over the years and we really miss seeing him about the place. Time to lay down your tools John. Rest in peace.”

John, who was also a lifelong Workers Party member and treasurer of the Mid Ulster branch, was described as 'a man of good faith' at his funeral Mass.

Fr Paddy Doherty told mourners that John's life was ''well lived'. “When we reflect on John's life, a fit man who did so much, and yet this past couple of weeks led to indifferent health and in the end then it was quick,” said Fr Doherty.

“Home and neighbourhood was so important to John. He spent his life in service of community. When there was something to be done he volunteered without any fuss or in need of any mention or gratitude.”

John, who was a plasterer by trade, was 'proud of his work which was done so carefully and with great detail', mourners were told.

“He first went to Africa with Granaghan Outreach in 2006 to build a classroom and from then on every year he went to volunteer and work and give of his services as a plasterer. He loved helping out and was always ready to volunteer, not always to the forefront, but in the background ensuring that the essentials got done,” continued Fr Doherty.

“Nothing was too much bother. John was busy but he did all with great care and patience. He was a community man who served all with a labour of love.”

John developed a love for hillwalking more than 20 years ago and was a 'stalwart and long time member' of Sperrins Hillwalking Club.

Fr Doherty said he enjoyed climbing mountains all around the world over the years and even walked from Derry to Lough Derg in County Donegal.

A spokesperson for the hillwalking club said: “John loved the hills and we enjoyed John's company on many walks. He had great knowledge of the countryside and the Sperrins which he imparted in a modest manner. We will miss John greatly, a stalwart and long time member of the club and a friend to us all.”

“He loved his club and was always helping out in the background, supporting all the club members. All the work around the club, looking after the grounds, marking the pitch, helping out with the catering and fundraising, he was very much involved and was appreciated by all in the club,” added Fr Doherty.

John is survived by his siblings Gerry, Rosemary O'Neill and Michael and wider family circle.