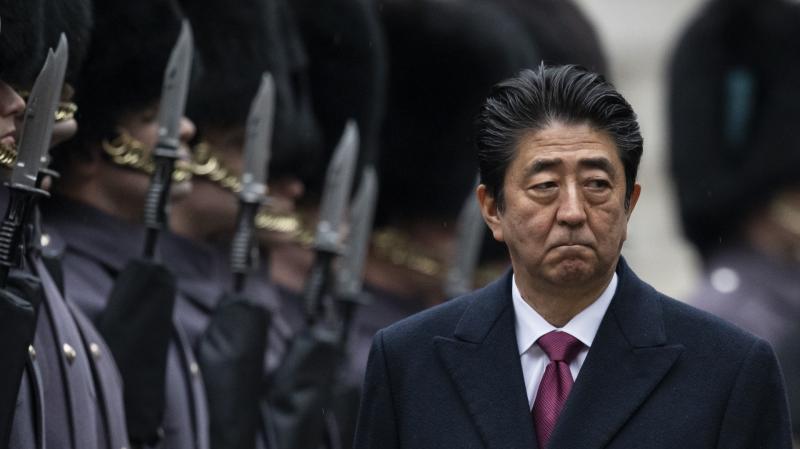 Former Japanese prime minister Shinzo Abe has died after being shot during a campaign speech, hospital officials have confirmed.

Mr Abe was shot from behind minutes after he started his speech on Friday in Nara in western Japan.

He was airlifted to a hospital for emergency treatment but was not breathing and his heart had stopped.

The 67-year-old was pronounced dead later at the hospital.

Mr Abe was Japan’s longest-serving leader before stepping down for health reasons in 2020.

Police arrested the suspected gunman at the scene of the attack, which shocked people in a country known as one of the world’s safest.

Prime Minister Fumio Kishida and his Cabinet ministers hastily returned to Tokyo from campaign events around the country after the shooting, which he called “dastardly and barbaric”. 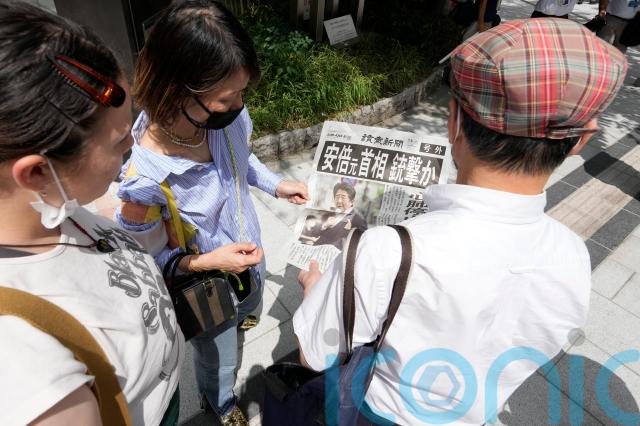 “I’m praying for former prime minister Abe’s survival from the bottom of my heart,” Mr Kishida told reporters at his office before news of Mr Abe’s death was announced.

UK Prime Minister Boris Johnson said the news is “extremely sad”, adding: “His global leadership through unchartered times will be remembered by many.”

Public broadcaster NHK aired a dramatic video of Mr Abe giving a speech outside a train station in Nara.

In it, he is standing, dressed in a navy blue suit, raising his fist, when two gunshots are heard.

The video then shows Mr Abe collapsed on the street, with security guards running toward him.

He holds his chest, his shirt smeared with blood.

A moment later, security guards leap on top of a man in a grey shirt who lies face down on the pavement. 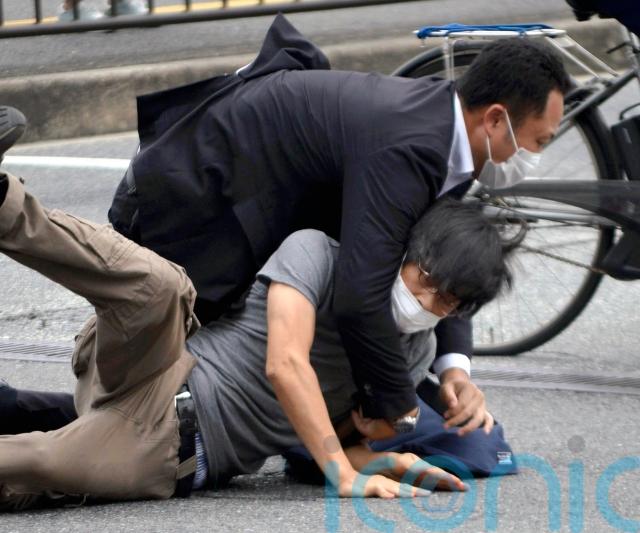 A double-barrelled device that appears to be a handmade gun is seen on the ground.

NHK reported that the suspect served in the Maritime Self-Defence Force for three years in the 2000s.

The former leader was still highly influential in the governing Liberal Democratic Party and headed its largest faction, Seiwakai.

Elections for Japan’s upper house, the less powerful chamber of its parliament, are on Sunday. 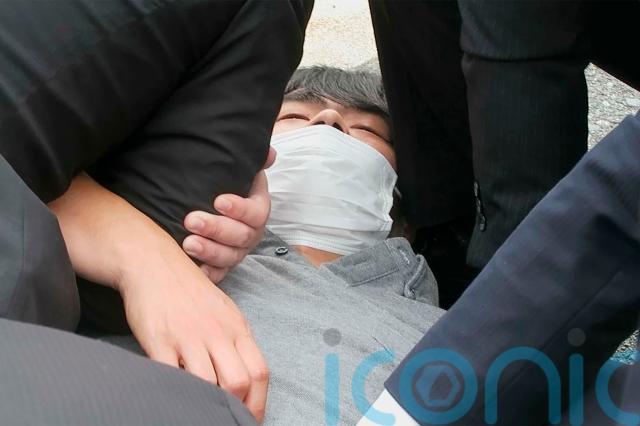 “I use the harshest words to condemn (the act),” Mr Kishida said as he struggled to control his emotions.

He said the government planned to review the security situation, but added that Mr Abe had the highest protection.

Opposition leaders condemned the attack as a challenge to Japan’s democracy and had prayed for Mr Abe’s recovery.

In Tokyo, people stopped on the street to grab extra editions of newspapers or watch TV coverage of the shooting.

When he resigned as prime minister, Mr Abe said he had a recurrence of the ulcerative colitis he had had since he was a teenager.

He told reporters at the time it was “gut wrenching” to leave many of his goals unfinished. 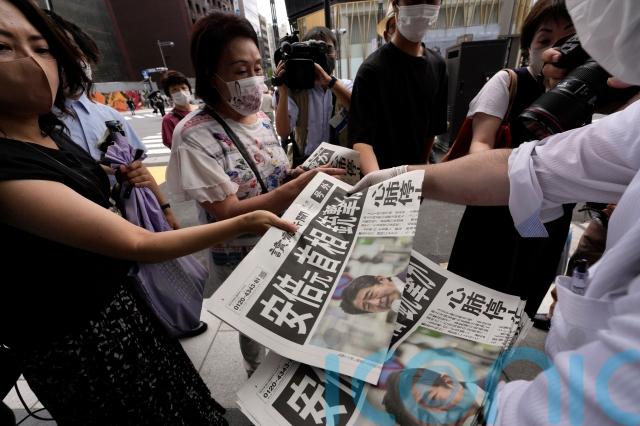 He spoke of his failure to resolve the issue of Japanese abducted years ago by North Korea, a territorial dispute with Russia and a revision of Japan’s war-renouncing constitution.

That last goal was a big reason he was such a divisive figure.

His ultra-nationalism riled the Koreas and China, and his push to create what he saw as a more normal defence posture angered many Japanese.

Mr Abe failed to achieve his cherished goal of formally rewriting the US-drafted pacifist constitution because of poor public support.

Loyalists said his legacy was a stronger US-Japan relationship that was meant to bolster Japan’s defence capability.

But Mr Abe made enemies by forcing his defence goals and other contentious issues through parliament, despite strong public opposition.

Mr Abe was a political blue blood groomed to follow in the footsteps of his grandfather, former prime minister Nobusuke Kishi. 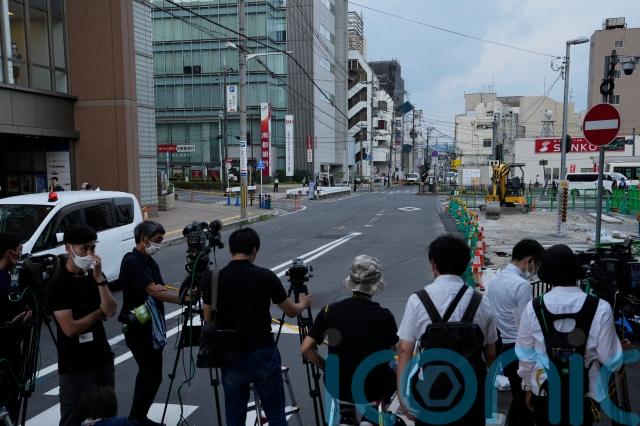 His political rhetoric often focused on making Japan a “normal” and “beautiful” nation with a stronger military and bigger role in international affairs.

Many foreign officials expressed shock over the shooting.

In response to a question, Chinese Foreign Ministry spokesman Zhao Lijian said China was “following the development of the situation”.

“Our thoughts, our prayers are with him, with his family, with the people of Japan,” US secretary of state Antony Blinken said while attending a meeting of 20 foreign ministers in Bali, Indonesia.

Mr Abe said he was proud of working while leader for a stronger Japan-US security alliance and shepherding the first visit by a serving US president to the atomic-bombed city of Hiroshima.

He also helped Tokyo gain the right to host the 2020 Olympics by pledging that a disaster at the Fukushima nuclear plant was “under control” when it was not. 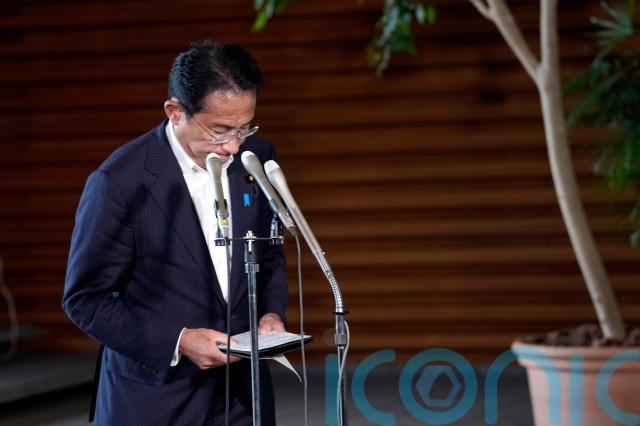 Mr Abe became Japan’s youngest prime minister in 2006, at age 52, but his overly nationalistic first stint abruptly ended a year later, also because of his health.

The end of Mr Abe’s scandal-laden first stint as prime minister was the beginning of six years of annual leadership change, remembered as an era of “revolving door” politics that lacked stability and long-term policies.

When he returned to office in 2012, Mr Abe vowed to revitalise the nation and get its economy out of its deflationary doldrums with his “Abenomics” formula, which combined fiscal stimulus, monetary easing and structural reforms.

He won six national elections and built a rock-solid grip on power, bolstering Japan’s defence role and capability and its security alliance with the US.

He also stepped up patriotic education at schools and raised Japan’s international profile.