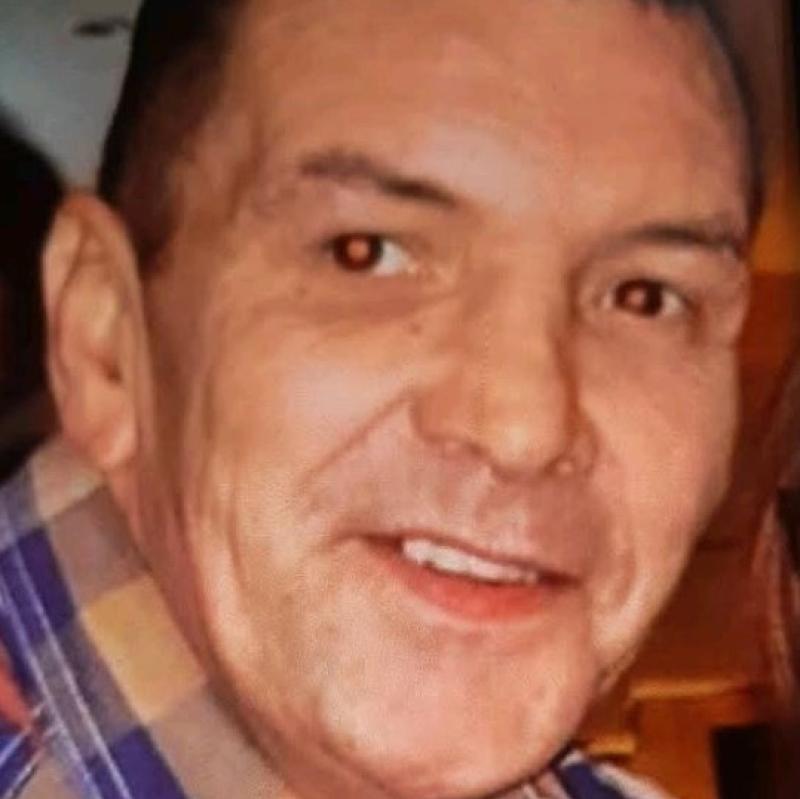 Three men have been jailed for their part in the killing of Mr Edward Meenan (52) who was beaten and stabbed in what Judge Donna McColgan described as 'a sustained and brutal attack'.

In the victim impact report, primarily written by Edward Meenan's mother, she said she was 'grief stricken, devastated and heart broken' following her son's murder.

Sean Rodgers (34), one of the Derry men found guilty of Edward Meenan's murder following a six week trial, will serve a minimum of 18 years in jail.

Derek Creswell (30), who pleaded guilty to the murder during the trial will serve a minimum of 15 years.

Both Rodgers and Creswell were given their tariff on Tuesday (July 5, 2022) at a sentencing hearing in front of Judge McColgan at Derry Crown Court sitting in Belfast.

Rodgers, of no fixed abode, had been found guilty of the murder of Edward Meenan by the jury in March this year and had been sentenced to life in prison.

Creswell had also been given a life sentence after he pleaded guilty to the murder of Edward Meenan and to an assault on another man on the same date.

Ryan Walters (23), with an address in Crossgar, was found guilty of the manslaughter of Mr Meenan and was sentenced on Tuesday (July 5, 2022) to eight years in prison, of which he will serve half.

Sinead White (39) of St Brecan's Park in Derry, whose house was the site of the attack, admitted a charge of withholding information concerning an arrestable offence was sentenced to three years probation.

Judge McColgan described the attack on Mr Meenan as 'a sustained and brutal attack' and outlined the injuries on the dead man which consisted of 52 stab wounds, 94 blunt force trauma and fractures to both legs.

She said that the blood in the lungs suggested that most if not all of the stab wounds were inflicted when Mr Meenan was already dead or dying.

The judge said it was accepted that Rodgers had inflicted the stab wounds and added that his clothes were covered in blood but never forensically examined due to the fact he burnt them.

Judge McColgan said she had received 'a very gracious' victim impact report primarily written by Edward Meenan's mother in which she said she was 'grief stricken, devastated and heart broken' following her son's murder.

The dead man's mother said she had to move from her home of 40 years due to its proximity to the site of her son's murder.

The judge said that Mrs Meenan was 'even gracious about the defendants' stating she felt no hatred towards them or their families.

The court heard that this murder was in the 'higher category' due to the vulnerability of the victim, the gratuitous violence and the evidence of multiple injuries.

She said the aggravating features for Rodgers included the destruction of evidence, his highly relevant record and the fact he continued to minimise his involvement.

Commenting on the case, Ciaran McQuillan, Head of the Public Prosecution Service Serious Crime Unit, said: “This was a brutal killing that has left Eddie Meenan’s friends and family devastated.

“Mr Meenan was beaten and stabbed more than 50 times during a vicious assault at the back of a house in the Creggan area of Derry in the early hours of 25th November 2018. His body, which bore evidence of multiple injuries, was then partially stripped and dumped in an alleyway, where it was discovered by a passerby. Mr Meenan’s friend William McConnell was also injured during the attack.

“Prosecutors in the Public Prosecution Service's Serious Crime Unit worked closely with the PSNI to create a strong prosecution case, including witness statements and forensic evidence that resulted in a jury finding Sean Rodgers (34) guilty of murder and Ryan Walters guilty of manslaughter, perverting the course of justice and wounding.

“I want to thank Mr Meenan’s family for the great strength, patience and dignity they have shown throughout the prosecution and the long and difficult trial process. I also want to thank the witnesses who gave evidence in what the judge described as a ‘harrowing and difficult’ case.

“Mr Meenan’s family face the rest of their lives grieving his death, which occurred in such a violent way. We hope that the conclusion of this case brings them some comfort as they attempt to continue on without him.”

Speaking after sentencing, the senior investigating PSNI officer leading the investigation, Detective Chief Inspector John Caldwell, from the Police Service’s Murder Investigation Team said: “Foremost in our thoughts today, are the family, loved ones and friends of Edward Meenan who was the father of nine children. His children have been robbed of a lifetime of memories, their lives and those of his loved ones shattered by the depraved and savage actions of his killers.

“Edward Meenan lost his life in the most brutal, sickening and tragic way. He was tortured, and suffered an horrific death, subjected to a brutal and sustained attack that was senseless. What he must have went through in those final minutes of his life is unimaginable.

“Losing a loved one is never easy but, for the family and friends of Edward Meenan to lose their loved one in such a savage and degrading way, which showed a complete disregard for human life, is heart breaking.

“I hope that the sentences handed down to his killers will give Edward Meenan’s loved ones, and all those who have been left devastated by his death, a degree of closure and a sense of justice. We hope now the Meenan family can grieve properly now these convicted killers are behind bars.

“Our community is safer now these men have been convicted and sentenced.

“I want to pay tribute to the Meenan family for the dignity and strength they have shown throughout the past almost four years in what has been a long, difficult and painful process.

"I would also like to pay tribute to the local community in the city who came forward with information which assisted our detectives during this investigation, our Criminal Justice Partners - the Public Prosecution Service and Forensic Science Northern Ireland - and our dedicated team of detectives who have worked tirelessly to bring these three men before the court to ensure they are held accountable for the heinous crimes they committed."