Colmcille celebrated with 'An Turas' Pageant in Derry 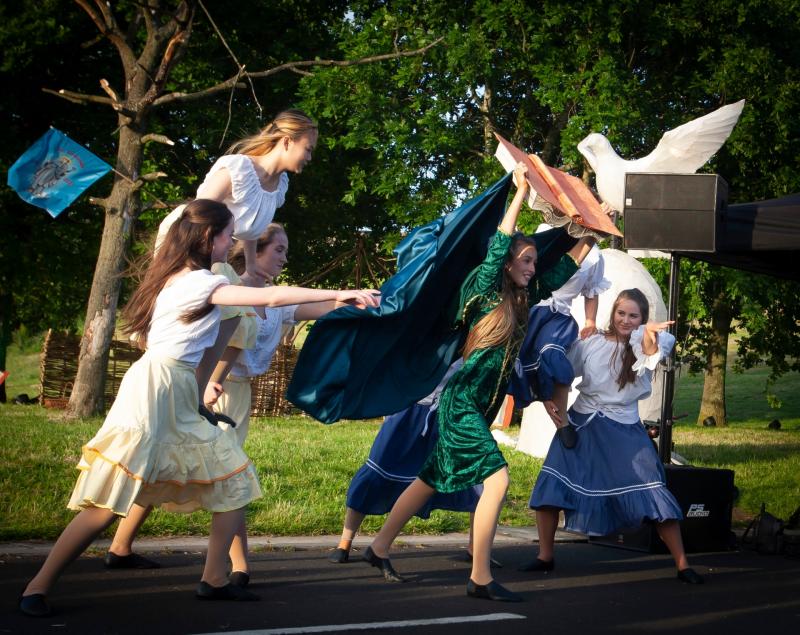 Last Thursday night’s sunshine played host to a large crowd for the witnessing of the colourful Colmcille pageant ‘An Turas - The Journey’ on the green overlooking the Bogside.

Held to mark the Feast Day of St. Colmcille/Columba, the treat took place after the Mass in nearby St Columba's Church (Long Tower) and the traditional Feast Day Blessing and walk to St Columb’s Well.

A large crowd gathered for the hour-long spectacular and the weather played its part in the successful marking of the saint’s day.

The event was attended by the Deputy Mayor of Derry City and Strabane District Council, Councillor Angela Dobbins and Mayor of Donegal County Council, Jack Murray. 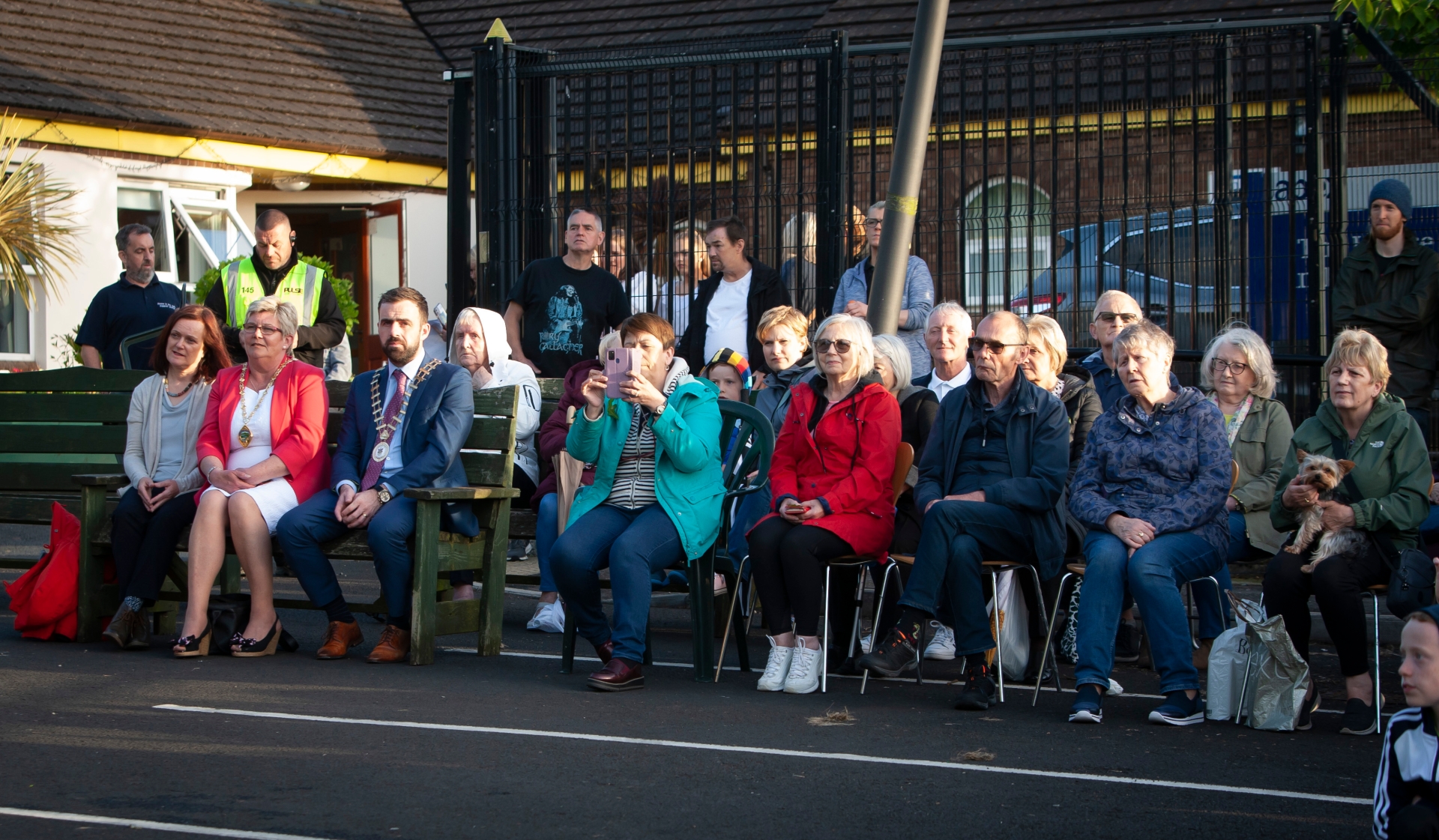 A section of the attendance at Thursday night’s Colmcille Pageant, which included the Deputy Mayor of Derry City and Strabane District Council, Angela Dobbins and Mayor of. Donegal, Jack Murray.

The pageant explored Colmcille’s life and legacy from his humble Donegal beginnings, the establishment of his monastery in Derry through to the Battle of Cúl Dreimhne and finally, his banishment to Iona.

The unique performance featured dance, theatrical poetry readings, installations, music by local traditional musicians and a lone piper leading Colmcille and his band of monks on his travels at the end of Thursday night’s performance. 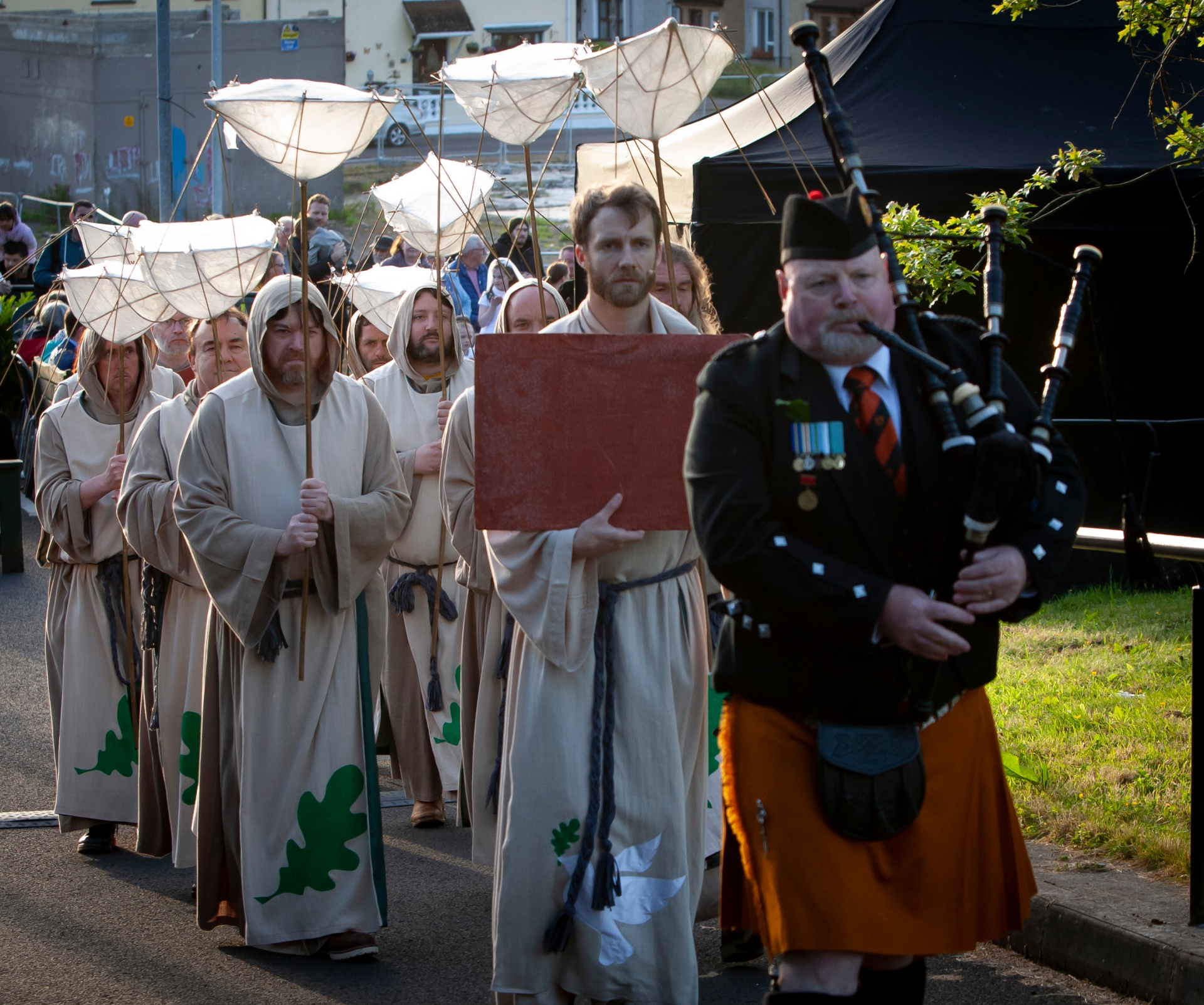 Colmcille and his monks are led away by a lone piper at the end of Thursday night’s pageant. (Photos: Jim McCafferty Photography)

Participants in the event included Colmcille and his monks, ably supported by Brendan Molloy and his traditional musicians and the Vanessa Chapman School of Dance.