"These are diverse testimonies, gathered from all sides of the community" 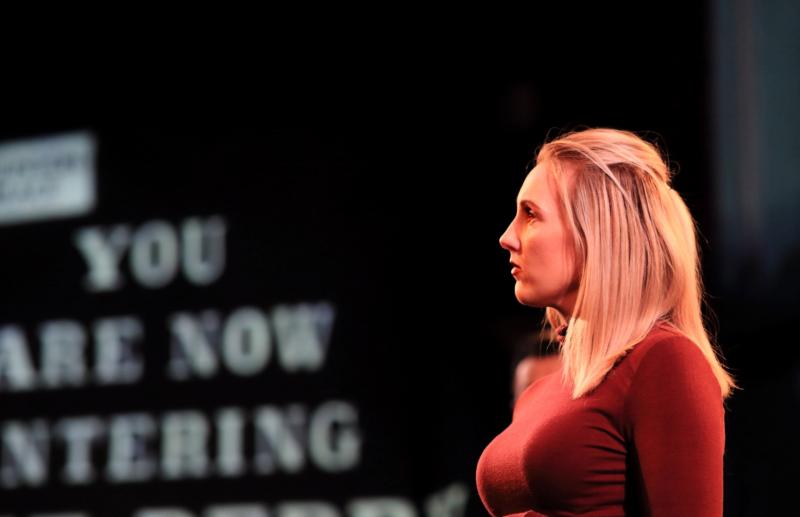 The stories of six families who've experienced the killing of a child will be brought from Northern Ireland to Westminster to provide testimonies as part of a cultural movement to promote leadership for peaceful change and social justice.

Testimonies gathered from the siblings of six children killed during the Northern Ireland Troubles, will be delivered by their families in a special presentation to MPs at Parliament Buildings, Westminster on Tuesday 28 June.

The narratives are also set to be shared at Derry's Playhouse- a major force behind the presentation- where the friends and family connected to the children will tell their stories, supported by professional actors.

Marketing Manager at the Playhouse, Áine McCarron, explained: "The event marks a key milestone in a drive by The Playhouse Derry and its partners to explore new creative ways to make meaningful change, support positive changemakers and contribute to sustaining peace in societies worldwide.

"Six families who experienced the killing of a child will share their stories and experiences. These narratives, spanning the years 1971 – 1981, relate a complex and remarkable interweaving of events.

"The diverse testimonies, gathered from all sides of the community, have been edited by writer Jo Egan.

"Over twenty people have taken part in one-to-one interviews, including family members and friends of the children, school teachers, neighbours, peace activists and specialists in transgenerational trauma.

"Testimonies will be presented by three family members with the support of three experienced performers, who have also experienced grief and trauma resulting from the Troubles."

The narratives were originally performed in 2018 for The Playhouse Theatre and Peacebuilding Academy, an initiative using theatre as a tool to explore community relations issues in a safe and accessible environment.

A shortened adaptation of the testimonies, called The Crack in Everything, will now be remounted for the non-theatre setting of Portcullis House in London, by invitation of Colum Eastwood, MP for Foyle and Leader of SDLP. A panel discussion will follow.

Áine continued: "The Playhouse exists for all communities. Besides being one of the most vibrant and loved arts centres in Northern Ireland, for the past thirty years, the Playhouse has made the most of its position in the heart of the city to celebrate diversity, empower people and use the arts to build peace.

"It has developed new methods of storytelling and reconciliation and has pioneered new work across both real and virtual worlds."

The visit to Westminster follows the phenomenal success of the Playhouse’s production The White Handkerchief, which premiered in the Guildhall on the 50th anniversary of Bloody Sunday, 30 January 2022, as the first part of a peacebuilding trilogy.

The second instalment, Beyond Belief, a major new drama honouring the waking life of John Hume, will be broadcast across the world as part of 2023 global commemorations of the Good Friday Agreement.

Playhouse CEO Kevin Murphy said, “The sharing of these testimonies is, at its core, about promoting healing and reconciliation in a truly liberating and transformative way. And bringing them to Westminster is part of a bigger ambition, to build the scope of a community of people who can, and will, effect real change.

"Our aim has always been to deliver something completely unique, communicating real, sadly often tragic, human stories that will radically change the way we think as a society.

"To bring these to the seat of power that is Westminster is an incredible opportunity to greatly increase the possibilities of healing."

Playwright, Director and Community Arts Activist Jo Egan said: "The presentation will contextualise the ensuing panel discussion, exploring the effectiveness of the Playhouse and others in highlighting and supporting the evolving needs of a Peace & Legacy process.

"Together, we are using arts methodologies to explore approaches to transitional justice, to facilitate the witnessing and valuing of unheard narratives and to create pathways to trauma support and recovery, leading to the wellbeing of communities and individuals.

“This event takes place almost twenty-five years since the Good Friday Agreement, at a time when major atrocities linked to the testimonies stretch back fifty years.

"It is a significant moment to highlight ambitions and hopes for moving forward, whilst also looking back with informed hindsight at what we might have done better, offering continued learning in the journey to peace and reconciliation in Northern Ireland and beyond.”

The narratives will be shared at The Playhouse in Derry on June 24 and 25, before travelling to London for the presentation on June 28.

More information is available at www.derryplayhouse.co.uk.