Who sent the postcard to Mary-Ellen? 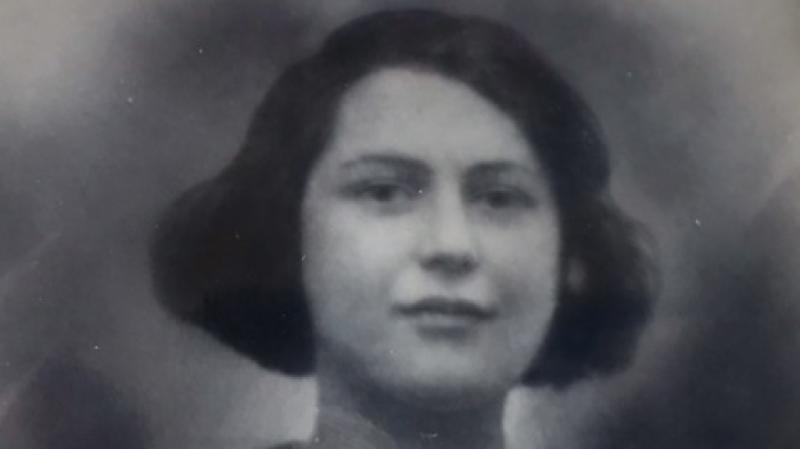 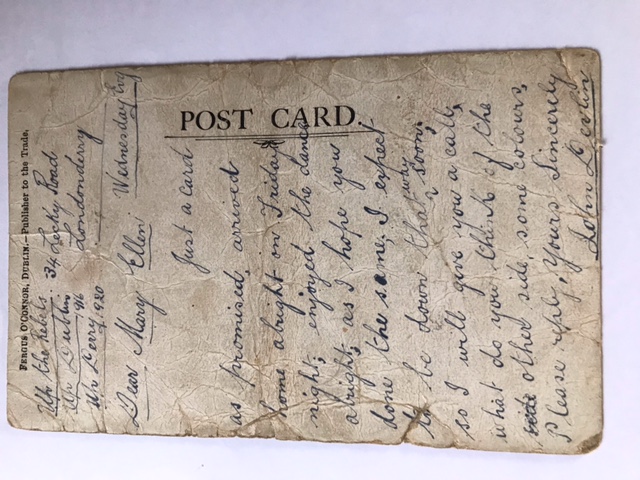 An Inishowen man is on a quest to find out if the man who wrote to his aunt following a dance in Buncrana 100 years ago, has any family still living in Derry.

At the beginning of May, the Inish Times carried a poignant interview with Pa Deeney from the seaside town, whose maternal aunt, Mary-Ellen Kavanagh (19) was one of the first casualties of the Civil War in Donegal, along with Esther Fletcher (10).

Mary-Ellen and Esther died in the Infirmary in Derry on May 4, 1922. They were shot during the gun battle which followed a robbery at the then Belfast Bank, now the AIB, in Buncrana, earlier in the day.

During the interview, Pa kindly shared a photograph of a postcard, which Mary-Ellen had received in the week before her death.
It was sent by a Mr John Devlin, who had met Mary-Ellen at a dance in the town the previous week. John's address was 34, Lecky Road, Derry.

In the postcard, John wrote: “Dear Mary-Ellen, Just a card as promised. Arrived home alright on Friday night, enjoyed the dance alright, as I hope you done the same.

“I expect to be down that way soon so I will give you a call.

“What do you think of the other side, some colours? Please reply, yours sincerely, John Devlin.”

Speaking to Inish Times, Pa said he would love to know if John had any relations still living, in Derry or beyond.

He said: “I sometimes wonder if he heard about Mary-Ellen's death? Did he ever visit Buncrana again? Did he realise why she never replied to his postcard, why he never heard from her?

“I would love to know if John Devlin stayed in Derry and what became of him.

“I would love to put a face and a story to the name on a postcard, the postcard which arrived in Buncrana in such a tragic and momentous week.”

If anyone has any information which might help Pa, please get in touch at: catherine.mcginty@iconicnews.ie or through out Facebook page: Inish Times / Inish Live.