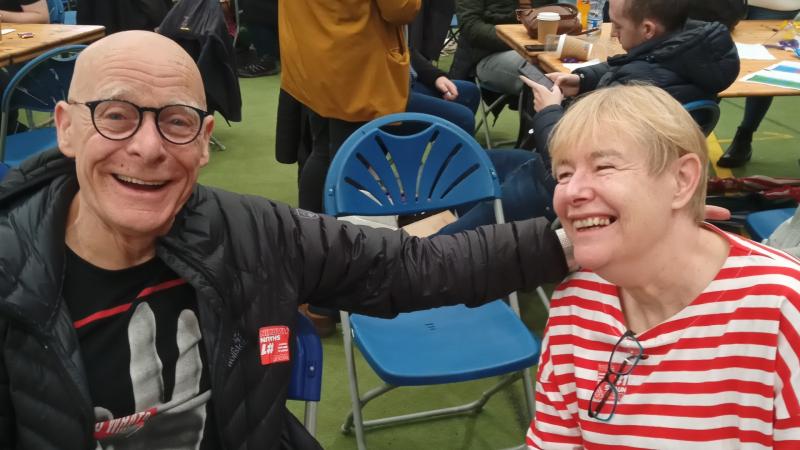 Veteran politician, Eamonn McCann, remarked this was a softer election than some of the previous campaigns in which he had been involved.

Speaking to Derry Now, Eamonn said: "Just a few years ago when we came in for the count with a number of constituencies, it was almost like gang warfare between different groups and supporters, even though the election campaign was clearly over by the time you came to the count. Nevertheless, there was a jagged edged atmosphere.

"I don't get that here today at all. I think that would be probably be a reflection on what is happening in politics generally, they have cooled down. People are a bit more fatalistic about it.

"Also, I think that everybody knows from the start the fact that we are going to have a battle between Sinn Féin and the DUP to be top dog, as it were and that was overwhelmingly what the election seemed to be about, what the coverage was about.

"That in itself had the effect of creating less excitement, of draining some of the excitement from the whole election campaign.

"This is a relatively calm atmosphere with people smiling at one another. It's sort of wrong. Come on, scold," smiled the Derry socialist.

Eamonn and Goretti Horgan are at the Foyle Assembly Election count, which is taking place in Meadowbank Sports Arena in Magherafelt, supporting People Before Profit candidate, Shaun Harkin.

She added: "We'll see what will happen today, but it doesn't look like the big parties are being punished for that.

"However, there was a real feeling and it is being reflected in the turnout, which I know has been low. Maybe that is because a lot of people felt there was no point in voting. People were telling us they might not vote.

"I think that a lot of people are actually very frightened about what is going to happen this coming winter."