'Centre parties have been left on the outside' - Mark H Durkan 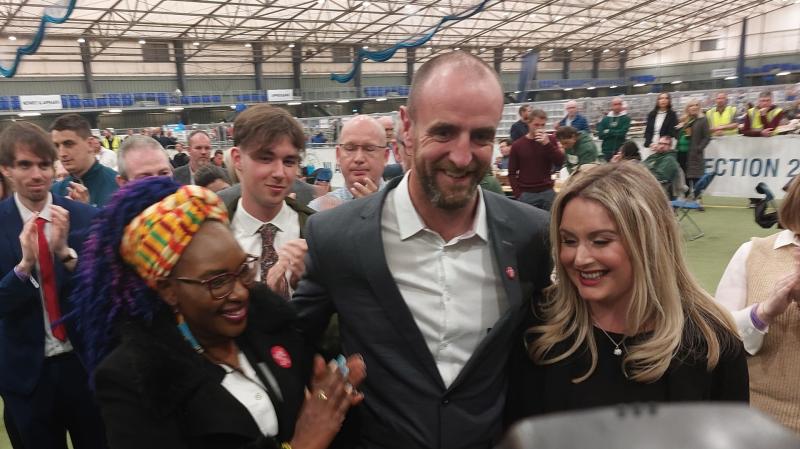 The people on the ground will be the ones to suffer claims newly-elected SDLP MLA for Foyle, Mark H Durkan.

Delargy was first with 9471 votes with Durkan behind having gained 7999 – both tallies were enough to see the pair elected as MLAs for the NI Assembly.

The election of Durkan was the first bright spark of optimism that the SDLP have had in what has been a tough day for the party as support for Sinn Féin has increased.

However, with both Sinn Féin and the DUP set to once again become the two largest parties at Stormont, Durkan feels the centre parties have been left on the outside.

He said: “You see candidates of such a high calibre like Nichola Mallon and Dolores Kelly struggling to keep their seats then you have to ask, 'What is going on?' Those two candidates, and others as well, are of a fantastic calibre and yet they are in a battle for their seats.

“But when you see a wee bit of a sectarian headcount going on in this election, it is parties in the middle – such as ourselves – who are squeezed out.

“However, worse than that, it will be people on the ground who will be suffering.”

Foyle MP and SDLP leader, Colum Eastwood had earlier spoken of nationalist voters lending their support to Sinn Féin to send the DUP a message that a nationalist can be elected as First Minister.

Durkan added: “I think that voters lent their support to Sinn Féin to give the DUP a message that a Nationalist can be First Minister is indisputable – if not irrefutable.

“That's not just in Derry – it seems to be everywhere else that has seen support for Sinn Féin go up.”

Durkan's success has been a rare moment of success for the SDLP. While he is expected to be joined by at least one more Foyle SDLP MLA, given the party's struggles elsewhere in the North, the perception of the SDLP being a Foyle party instead of one for the North may need to be addressed.

He continued: “It was good to get the party on the scoreboard – I hope I'm not our only seat and hopefully we will have a few more.

“There are strong colleagues of mine who have fought strong campaigns who will be waiting to get over the line – and hopefully they will get over that line.

“As for myself not coming first, I was never particularly concerned about winning the first preference. The electoral system works in that each party tries to get as many MLAs it can get within each seat's
allocation.

“If there is a perception of 'Foyle policies' being different from the rest of the North as far as support for the party goes, then you have to ask, 'How that is?”