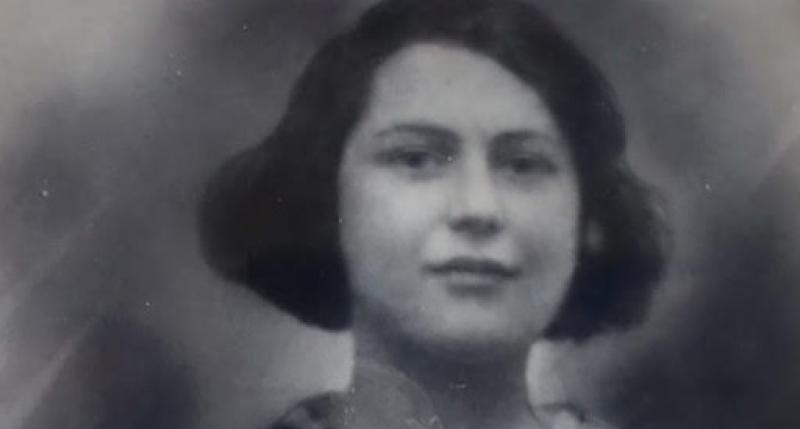 Mary-Ellen Kavanagh one of first casualties of Civil War

A poignant anniversary is to be marked by the placing of two bouquets at significant spots in Buncrana.

On May 4, 1922, Mary-Ellen Kavanagh (19) and Esther Fletcher (10) died in Derry's Infirmary, following their shooting during the gun battle which followed a bank robbery in the seaside town. The incident is believed to be one of the first in the Civil War.

Mary-Ellen's nephew, Pa Deeney, is planning to mark the centenary anniversary by placing flowers on her grave in Cockhill cemetery and at the Market Square memorial to the two young women.

At the time of the shooting, the Donegal Democrat newspaper reported that Mary-Ellen and Esther died following their admission to Derry Infirmary.

At the Inquest, which was carried out in Derry, by Mr James O'Doherty, deputy-coroner, Dr Honeyford, resident surgeon in the Infirmary, said Mary-Ellen had been admitted to the hospital suffering from shock and loss of blood, as a result of a gunshot wound in the upper part of the back, and had died at 6.30 that evening.

Speaking to Derry Now Pa said his mother, Annie, would often have talked about her sister Mary-Ellen. Annie was 10 when Mary-Ellen died. 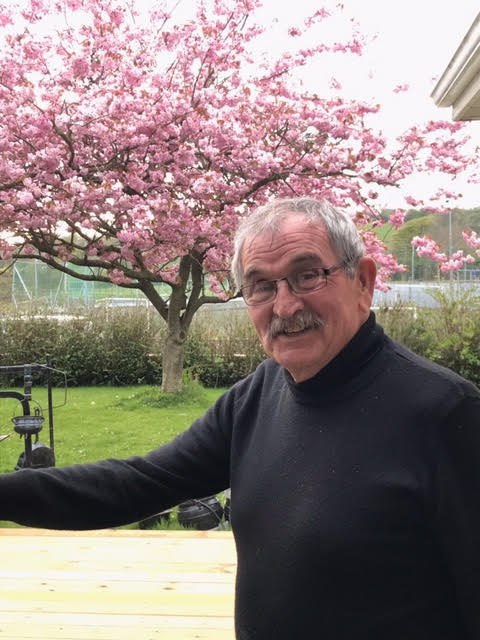 “My mother said to me all through her life not to forget Mary-Ellen,” he said.

“I got the council to put a memorial to Mary-Ellen and Esther at the Market Square in Buncrana 10 years ago. No one else had done it and, at that time, I wasn't too sure I would still be here for the 100th anniversary.

“Thankfully, I am and I am going to mark it by placing a bunch of flowers at the Market Square memorial at 11am on Tuesday and placing another bunch on Mary-Ellen's grave in Cockhill cemetery.”

Pa recounted the heartbreaking story he had been told about the circumstances surrounding the deaths of Mary-Ellen and Esther Fletcher.

“What I know about it is there was a ceasefire at the time, but these boys in the town, who thought they knew better, they broke the ceasefire. They came and robbed the bank.

“They came to rob the two banks, one was the Hibernian and the other one was the Belfast Bank, which then became the Royal Bank and is now the AIB. The Hibernian Bank was not open because the manager was coming from Derry and he had missed his bus.”

The Belfast Bank was raided by anti-Treaty IRA volunteers.

“They were in robbing the Belfast Bank and there was a rumpus going on in the street,” said Pa. “A young man was supposed to be coming down the street. He looked into the bank and saw what was going on. So, he ran down to the old Gardaí barracks.

“At this time, the army was down there. The British had left the town and the army for the Government had taken over. They came up the street, according to the story the way I got it, and some of them dispersed and came around by St Mary's Road and came back up Church Street, to surround the men [robbing the bank].

“And then, they came out of the bank. They had not expected the police and the army to be there and they started shooting. The shooting continued and the two girls, Mary-Ellen and Esther, were shot. My aunt was shot in the back.

“My aunt would have lived in the street, not more that 200 to 300 yards away from the bank. Her father, John Kavanagh, went out into the street looking for her because he heard the rumpus going on and he was shot through the hand and the bullet lodged in my aunt,” said Pa. 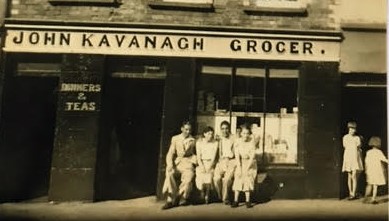 According to Pa, the men in the bank were told they would be let go, if they left the money behind. They would not be arrested.

He added: “But they decided then they would have a shoot-out and that is when Mary-Ellen and Esther got shot.

“Anyway, the boys got into a getaway car and they went down Maginn Avenue, up through Ahilly, and up what we would call the Marsh and they came down, out at Burnfoot behind the Metric Ballroom.”

The Irish Independent of May 5, 1922, reported that one of the “Irregular forces” [anti-Treaty] was killed in the bank shoot-out and others were wounded.

It said: “The Regular [pro-Treaty] garrison, which is small in number, phoned their divisional headquarters for reinforcements but on their arrival in town, the raiding party had got away. While returning later in the evening from Buncrana, this party of Regular troops came upon a strong force of Irregulars, armed with machine guns and rifles at Newtowncunningham.

“An encounter took place in which the Regular forces offered a stout resistance, though lesser in numbers. One volunteer named McGinley was killed and four other soldiers of the Regular forces wounded. The casualties on the side of the opposing forces are not known.”

“I have read a lot of history from that time and there were referenda all around the country about the Treaty. At the vote taken in St Mary's Hall in Buncrana, 84% of those who voted were in favour of accepting the Treaty.

“Anyway, the boys who robbed the Belfast Bank in Buncrana got away. However, they were arrested at a later stage and ended up in the Curragh Camp.

“But then you had a change of Government in Ireland and De Valera got into power and those boys were all freed and got pensions for life,” said Pa.

Sadly, Mary-Ellen was pre-deceased by her mother, Sarah, who had had 15 children.

“Instead they stayed at home and reared the wanes. They never married.”