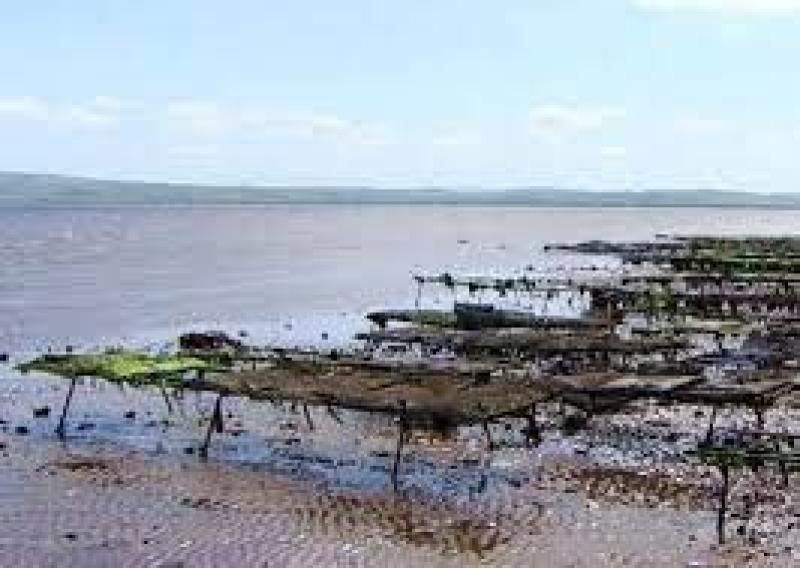 The “continuous desecration” of the western shore of Lough Foyle should be the subject of the Republic of Ireland's Environment Department investigation, according to a Donegal County Councillor.

Speaking to Derry News, following last Tuesday's Inishowen Municipal District meeting, Cllr Terry Crossan (Sinn Féin) said he had been contacted by the Loughs' Agency regarding "irregular behaviour" taking place along the western shoreline of Lough Foyle, about which the agency was “quite concerned”.

The "irregular behaviour" concerned what appeared to be large amounts of stone being deposited, below the high water mark, to create a hard stand for oyster trestles.

Cllr Crossan said: “I advised the Loughs' Agency to email Mr Michael McGarvey, Donegal County Council's director of water and the environment. However, when I raised the matter at the municipal district meeting, the council officer present was unaware of the correspondence.”

Councillor Crossan added: “I subsequently contacted Mr Barry Fox, who is the director of aquaculture in the Loughs' Agency, and he confirmed he had no response from Michael McGarvey. I expressed my concern that the Loughs' Agency email had not been acknowledged, replied to or addressed.

“Following the municipal district meeting, Donegal County Council acted on the matter. It sent someone out to investigate. I subsequently received an email saying the nature of the stone that was being deposited did not give rise for concern because it was coming directly out of a quarry. In other words, it was not waste material from demolished buildings.

“When I asked if the people depositing the stone were in possession of a foreshore licence, I was told council 'did not know'. It is as simple as this, no-one can remove or deposit materials below the high water mark unless they have a foreshore licence, issued by the Department of Agriculture, Food and the Marine. Currently, this requirement is being blatantly ignored across the whole western bank of Lough Foyle.”

Cllr Crossan said he was not opposed to aquaculture per se.

He added: “Aquaculture is creating a lot of employment. It is bringing a lot to the local economy but, by the same token, operators need to be aware of environmental consequences.

“I have subsequently contacted Environment Minister, Eamon Ryan regarding the 'continuous desecration of the western foreshore of Lough Foyle due to the unregulated aqua culture industry.'

“I explained to him that works are being carried out on a daily basis, without regard to the environment or protected species and that, in addition, there were no foreshore licences in place to legitimise these works. I then asked Minister Ryan to investigate this situation.

“I also contacted the Department of Agriculture, Food and the Marine, which issues the foreshore licences. I have asked, how many foreshore licences are currently in place in Lough Foyle, if any, and in what locations?”

Cllr Crossan said he was concerned about ongoing works below the high water mark.

He added: “We cannot have the continuing large depositions of materials without the foreshore licences being in place and the necessary environmental impact assessments having been carried out.”

Concluding, Cllr Crossan said: “I have asked Minister Charlie McConalogue to suspend, immediately, any ongoing works which do not have a foreshore licence, until the proper authorisations are in place.”