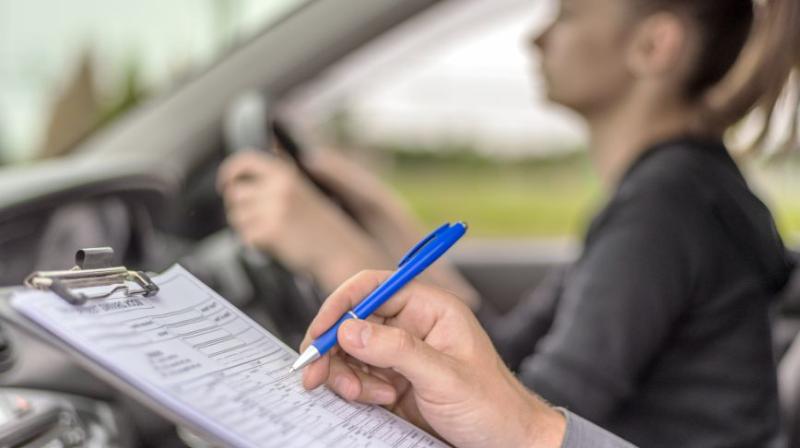 The 'huge backlog' in driving test availability in Derry has been criticised by a local driving instructor who claimed one local examiner had the North's highest 'fail rate,' failing 75% of candidates.

The instructor was speaking after it emerged there are no driving tests available in the city at all until next month.

The instructor said: “We need to understand how this completely unacceptable situation has arisen and why the backlog in Derry is longer than anywhere else in the North?”

“If you go on to the Driver and Vehicle Agency (DVA) system today, you will see there are no driving test dates available here at all until April.

“Covid did contribute to this backlog because we were all off for so long. Don't get me wrong, every driving test centre in the North has a problem, not just Derry, but no centre seems to have the problem to the same extent as Derry.

“Every other centre seems to be reducing its backlog little by little, however, the same is not true for Derry,” they said.

The driving instructor, who wished not to be named, said they had recently sought publicly available DVA data to ascertain whether there was any statistical evidence indicating a comparatively higher failure rate in the Derry test centre compared to the rest of the North.

They added: “Having examined all of the statistics from all of the unnamed examiners in Northern Ireland, which are published every quarter, it is plain to see, there is one examiner who is not passing any more than 28% of the driving test candidates presenting to them.

“On the quarters I looked at, this examiner is consistently passing between 21% and 28% of the driving test candidates presenting to them. Over 2020, going into 2021, they have passed 21% to 28% of candidates. This means they have failed 75% of the candidates they have examined.

“Based on these statistics, there is no other examiner in the whole of Northern Ireland, who is close to this particular examiner's fail rate. I have ruled out examiners who are not doing the same amount of tests as this examiner. I have then looked at examiners who are doing the same amount of tests as them, approximately, and there is nobody failing as many candidates,” said the instructor.

Covid has further complicated the problem, the driving instructor claimed.

“Because of Covid, no-one can sit in the back seat and monitor driving tests. What happens now is examiners are told to go out and if a candidate gets a serious fault they are automatically failed and returned to the driving test centre.

“Again, based on the statistics, it is clear, the examiner who is passing less than 28% of the candidates presenting to them, has an extremely high 'abandon' rate as well. Higher than any other examiner in Northern Ireland.

“Now, don't get me wrong, I have absolutely no problem with candidates failing their driving tests. People will fail, because of nerves or traffic conditions, for many reasons.

“What I do have a problem with is, I don't think a candidate should fail because of they are being examined by a particular individual,” said the driving instructor.

The instructor said they believed the driving test crisis was the fault of the DVA (Driver Vehicle Agency).

“My point is, if we consistently have an examiner who is showing those statistics that are outside the range of everybody else, and there is an examiner, every three months showing up, what has or is the DVA going to do about it?

“What is the system now, during covid, for dealing with an examiner whose performance is not the same as everybody else? A senior examiner can no longer sit in the back of a car and monitor tests.

“I suspect this particular examiner has not been monitored because I cannot get a definitive answer from the DVA regarding how monitoring is currently taking place,” said the driving instructor.

“If this particular examiner does 400 tests over three months, he is putting 300 people back into the system, thereby escalating the existing backlog consisting of pent up demand caused by two years of pandemic restrictions.

“The DVA also needs to bring in more examiners to the Derry driving test centre,” they concluded.

In response to a Derry News enquiry, the DVA said it was committed to providing a high standard of service and continually strove to improve performance. A spokes- person said: “In terms of monitoring driving examiners, all prospective driving examiners undergo a rigorous training course to acquire the basic Category B (private car) qualification.

“Post qualification, the DVA closely monitors driving test pass rates. Where the data and information indicates that a driving examiner may not be achieving the standard, DVA’s quality control measures include remedial training and enhanced supervision to ensure that the driving examiner is able to conduct and assess a driving test in an impartial, equal and fair manner.

“Prior to Covid-19, driving examiners were regularly accompanied on test by a supervising examiner whose role was to ensure that they were correctly applying the Category B test standard.

“Failure to achieve the required standard would result in the driving examiner being removed from driver testing duties until they completed remedial training and satisfied the Supervising Examiner that they were capable of a return to duty.

“The removal of all Covid-19 regulations by the Health Minister will provide the DVA with the opportunity to review its Standard Operating Procedures, in line with public health advice and guidance, to resume supervised tests and re-instate the procedure to allow a driving instructor or supervising driver to also accompany a candidate on test.

“A regular programme of driving test fault analysis is used to identify the dangerous and serious fault markings recorded by driving examiners, the number of driving faults recorded, the average number of faults per test and whether or not a variety of test routes and manoeuvres are being used. This is undertaken routinely on all centres on a regular basis, and also when determined by other circumstances such as supervised tests, complaints, pass rates etc.